The victim was left unconscious for around two minutes and said he does not remember the attack. 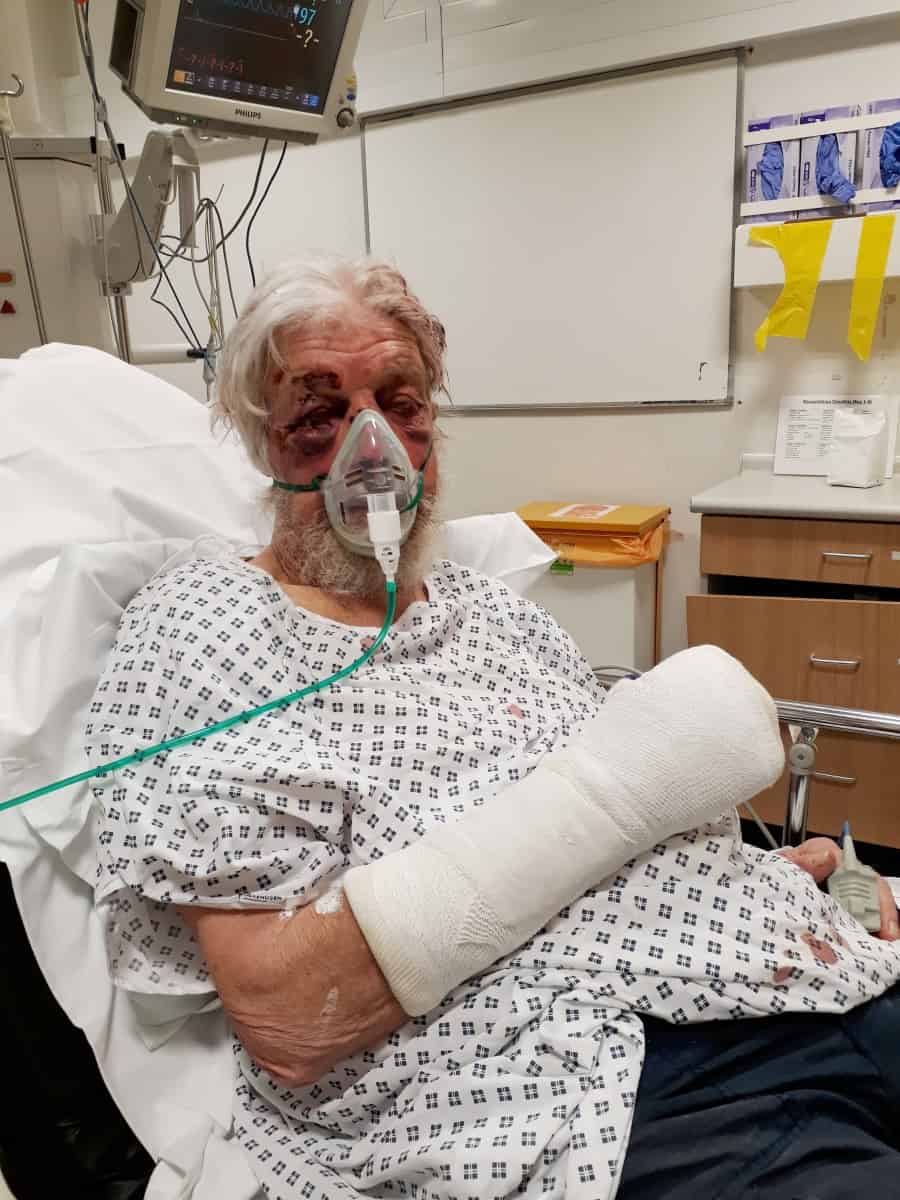 A man who left an 80-year-old man unconscious in the street after shoving him in the back during a road rage attack has been jailed.

CCTV footage released by police shows John Dugdale, 56, stop his car and run after Paul Eva following a row as the elderly pedestrian was crossing the road with his wife in Penge, south-east London.

The elderly victim hit a brick wall after he was pushed from behind, causing “horrific injuries”, Scotland Yard said.

Mr Eva was left unconscious for around two minutes and said he does not remember the attack moments after a “verbal altercation” with Dugdale, the force said.

Images released by the Metropolitan Police show him in a hospital bed with his right arm in a cast, with his face badly swollen and bruised, wearing an oxygen mask.

Dugdale, from Croydon, got back in his car following the attack in Parish Lane on the evening of Sunday April 21 and drove away from the scene.

But he handed himself in to police the following day before pleading guilty to causing grievous bodily harm.

He was sentenced to 16 months imprisonment at Croydon Crown Court on Tuesday.

Detective Constable Luke Thomson, investigator on this case, said: “The victim suffered horrific injuries as a result of a completely needless attack, that could have almost cost him his life.

“We’re happy to have secured this sentencing and hope it gives the victim some small measure of comfort as he continues to recover from the attack.”