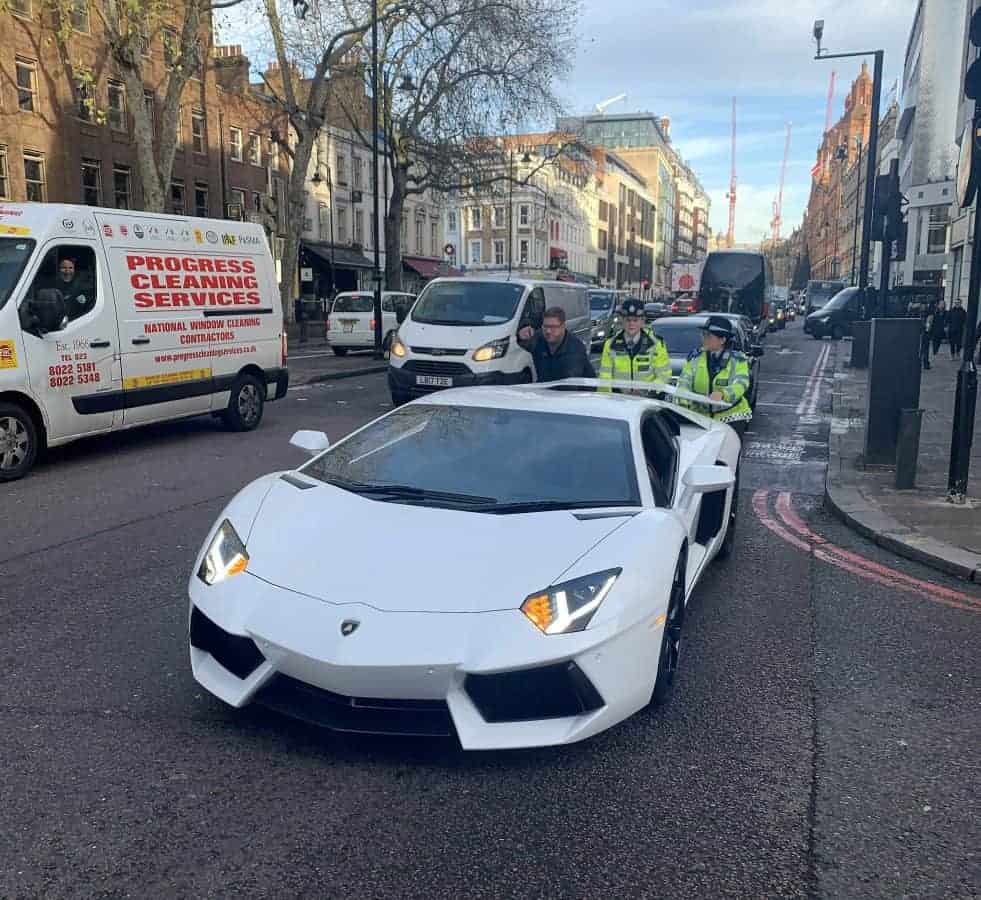 This is the embarrassing moment a £250k Lamborghini Aventador broke down outside Harrods – and ended up being pushed by two female police officers.

The white, 218mph supercar drew quite a crowd outside the central London store on Wednesday after it came to a sudden stop.

Two female Metropolitan Police officers, and a kind passer-by, stepped in to help and pushed the car 100 metres down the road and out of the way.

A sneering crowd gathered and sniggered as the embarrassed driver, who did not get out of the car, steered in along the kerb.

An eyewitness who photographed the breakdown said many people stopped to watch the unusual scene – and that “everybody was laughing” at the “irony”.

The man, who did not wish to be identified, said: “Everybody could see the irony of the situation – there were howls of laughter.

“We have all these expensive supercars that drive around Knightsbridge and Mayfair at horrible speeds, making a lot of noise, at all hours of the day and night.

“It’s a very busy part of London, so they drive at about five miles-an-hour, but with their engines revved up to the max. It drives everybody in the area nuts.

“And this car, which it turns out has only got 7,000 miles on the clock, just stopped right outside Harrods, and ended up being pushed by two ladies.”

The man added: “The two police officers pushed the car at least 100 metres down the road. They weren’t annoyed or anything, they were very noble.

“The driver was very embarrassed. He didn’t get out of the car, but I could see him through the windscreen with his head in his hands.”

The witness, who lives in Knightsbridge, a ‘stone’s throw’ from Harrods, said he did not stay around to see whether the car restarted.

The vehicle’s records show that the Lamborghini was first registered in September 2012, and its current driver has owned it since June 2018.

The car’s road tax is in date, and the vehicle passed its last MOT in May this year, with 6,770 miles on the clock.