David Foster, an assistant professor in law, captured the amusing scene on the University of Nottingham campus 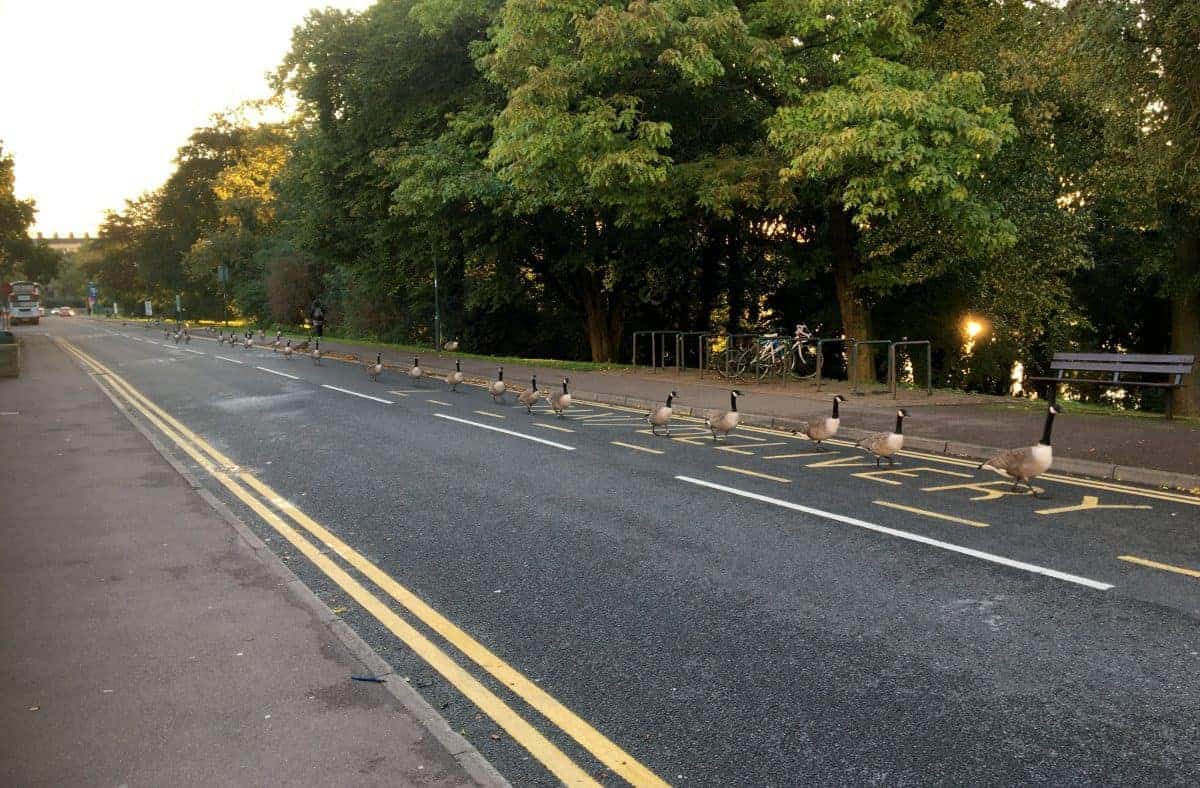 Comical pic shows a large gaggle of geese causing gridlock by waddling down the road in a “very orderly British manner”.

David Foster captured the amusing snaps as around 40 birds patiently wandered along
East Drive at the University of Nottingham campus on Tuesday morning (1/10).

The assistant professor in law said the birds caused “total gridlock” as they walked in a near perfect line outside the Portland Building next to a park.

He said: “It was quite a sight, the image has got quite a reaction, a lot of people are finding it rather amusing. There were about 40 of them.

“I took it as I arrived for work and they were moving along in almost a queue-like fashion in a very British orderly manner.”