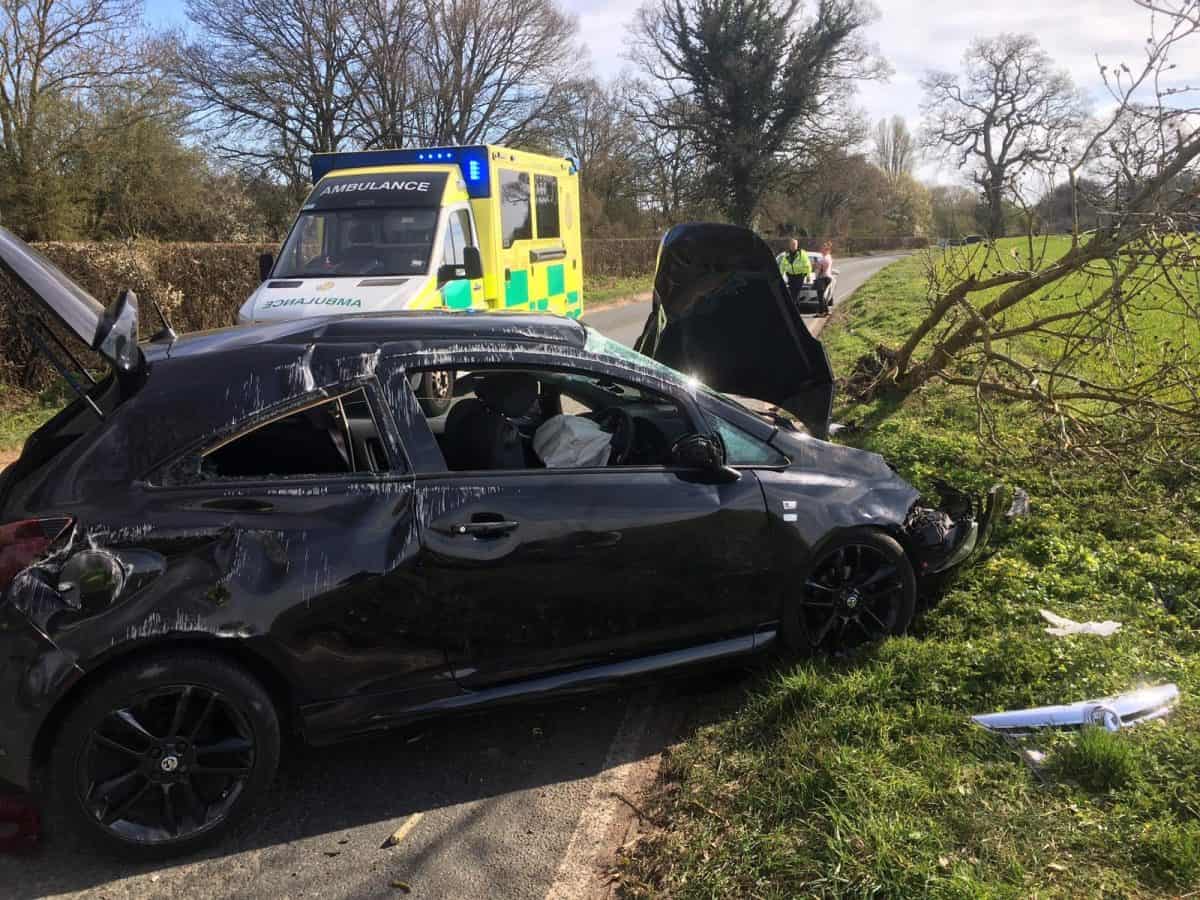 A group of friends on an unnecessary drive had a car crash – caused by a giant bug flying in the window, police say.

Offices were called yesterday after a vehicle was left seriously damaged following a smash – with four people inside.

The party were discovered ten miles from home, claiming they were on their way to walk their dog – despite strict advice from the authorities.

But a large insect flew in while they were on the B4009 near Thatcham, Berks. – causing the driver to lose control.

All four were discharged by paramedics at the scene and the dogs in the car were unharmed. The bug died.

Posting on Twitter, Thames Valley Police said: “Driver of this ? crashed on the B4009 #Thatcham due to a large bug flying in!

“They were driving TEN miles from home to walk their ?, 3 friends in ?.

A number of people commented on the police’s social media post – with many criticising the group.

The public have been asked to stay inside and only travel for absolutely essential reasons to reduce pressure on health services during the coronavirus pandemic.