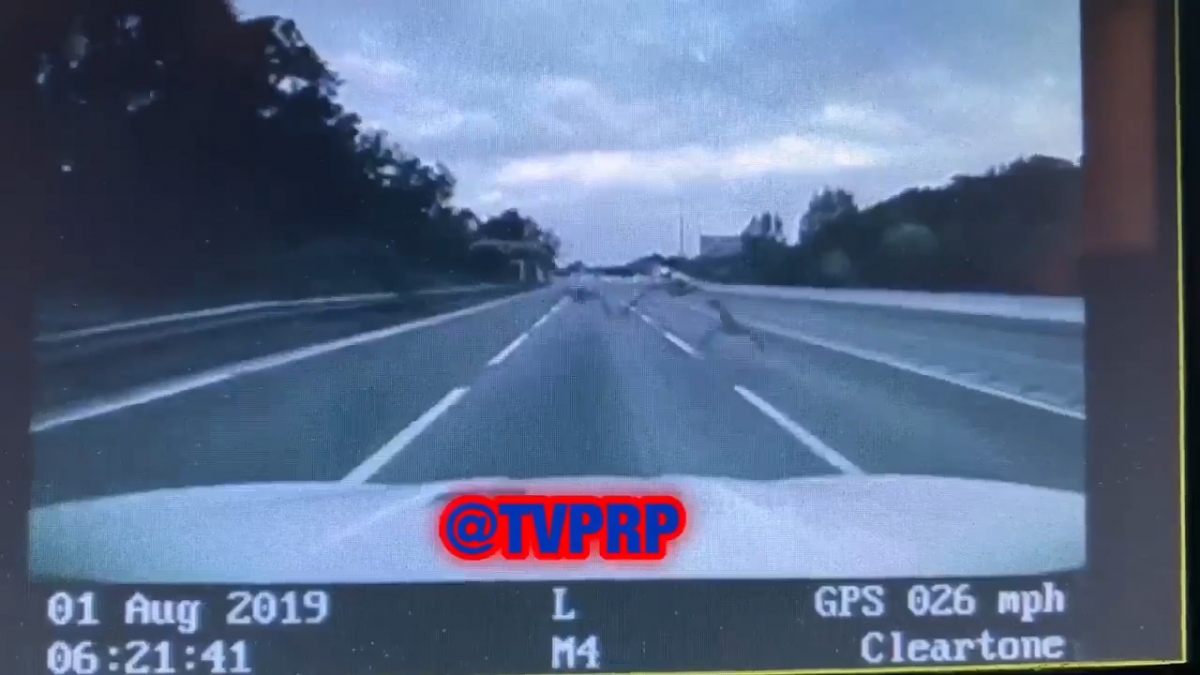 Dashcam footage shows the moment a whole motorway had to be closed – because four GEESE were spotted waddling down the hard shoulder.

The four birds had to be chased off the road by road traffic police at 6.20am this morning (Thurs) after bringing the M4 motorway to a halt.

Thames Valley Road Traffic Policing team captured the geese on their dashcam camera, which showed a traffic officer getting out the car to shoo the geese off the road.

The police car then followed the geese down the motorway between junctions 11 and 12 westbound near Reading, Berks., as the birds took to the air and flew off – at just over 24mph.

Sharing the dashcam footage on Twitter, TVP Roads Policing wrote: “Ever wondered how fast a flock of geese can fly? About 26mph.

“Had to bring the entire #M4 to a close to get them to take off, then some bull horn & blue lights to carry on.”

The road has since been reopened.