The staff member was ploughed into by a blue Audi RS6 at a Texaco garage in Lutterworth, Leics 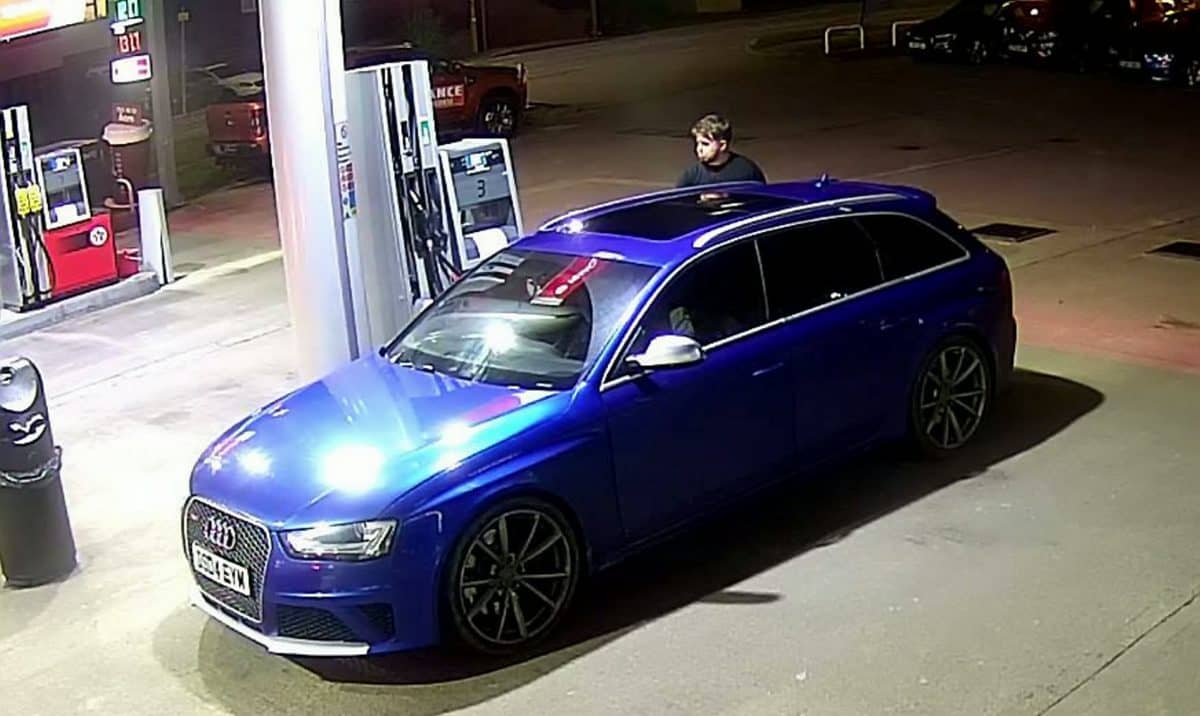 This is the shocking moment a female worker was callously mowed down by a car on a petrol station forecourt after a fuel thief tried to flee without paying.

Dramatic CCTV captured the member of staff being thrown through the air by the blue Audi RS6 as it drove off from a Texaco garage at 8.15pm on Sunday (10/3).

Paramedics were called to the scene and the woman, who wishes to remain anonymous, was left with severe bruising to her legs as well as a black eye.

The footage shows the motorist getting out of his vehicle and filling up with £50 worth of petrol at the station in Lutterworth, Leics.

He then jumps straight back into his car before the brave shop worker runs from behind the counter onto the forecourt to confront the man.

But he ploughs his car straight into the employee sending her crashing to the ground before fleeing the scene in the direction of Mere Road.

Incredibly, other motorists watch on and do nothing to help the victim before one driver finally runs over to check of her welfare.

“My employee went out and bravely confronted the car and she is very lucky as it could’ve been a lot worse.

“We are concerned for our staff now. It feels like the wild west out there.

“The car was seen driving around the garage when the ambulance was here treating her. I don’t know if he was being brazen or just checking she was OK.

“But in that time police could have been on the scene to track down this man.

“We are just appealing to anyone who might who owns this car to get in touch with the police.

“We’ve had concerns something like this could happen for a while.

“We’ve not got a police station anymore and although nobody has been run over we’ve had a lot of drive offs.

“We’re close to the motorway, so some people will literally fill up and then drive off and be out of sight within minutes..

“I don’t know what more we can do to stop this.

“Making people pay first is an option but it might turn the public away and also I don’t want to treat all my customers like criminals.

“Police have said they aren’t attending drive outs anymore which leaves us nowhere.”

A spokesperson for Leicestershire Police said: “Officers are investigating an assault in Leicester Road, Lutterworth, after the driver of a vehicle failed to pay for fuel at a service station.

“The driver of an Audi RS6 filled their vehicle with fuel and then failed to pay.

“A member of staff tried to stop the vehicle from leaving the forecourt.”