Scientists have found a way to help fuel cells work better, stay clean in the cold 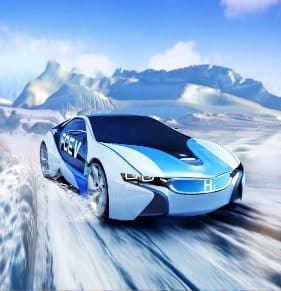 The era of hydrogen-fuelled cars is a step closer after researchers created a new catalyst dubbed “The Batman”.

The material prolongs hydrogen fuel cell battery lives in cars – a problem that is stopping more vehicles being powered by the gas which made from water and hoped to become a green energy source of the future.

Current technology to produce Hydrogen has a 0.5 per cent and two per cent of carbon monoxide by-product in the mix.

It reacts with electrodes in the heart of the electrical engine and quickly depletes battery life.

Previous research has found catalysts to remove the by-product but have only worked in specific temperature ranges above room temperature – which is useless for cars during winter.

Now researchers at the University of Science and Technology of China have designed a new structure that does the job between -103F (-75C) and -224F (-142C).

The “Batman” is made of iron hydroxide molecules “atomically dispersed” in platinum nanoparticles.

Study leader Professor Junling Lu, of the Hefei National Laboratory for Physical Sciences at the Microscale in China, said the material provided a thorough protection of fuel cells against carbon monoxide poisoning during both frequent cold-starts and continuous operations in extremely cold temperatures.

He said: “These findings might greatly accelerate the arrival of the hydrogen fuel cell vehicle era.

“Our ultimate goal is to develop a cost-effective catalyst with high activity and selectivity that provides continuous on-board fuel cell protection and one that enables complete and 100 per cent selective carbon monoxide removal in a fuel cell that can be used for broader purposes.”

One referee of the article said: “When comparing with other catalyst systems reported in the literature, this reverse single-atom catalyst appears the best in terms of activity, selectivity, and stability in CO2-containing streams.”

The findings published in the journal Nature.