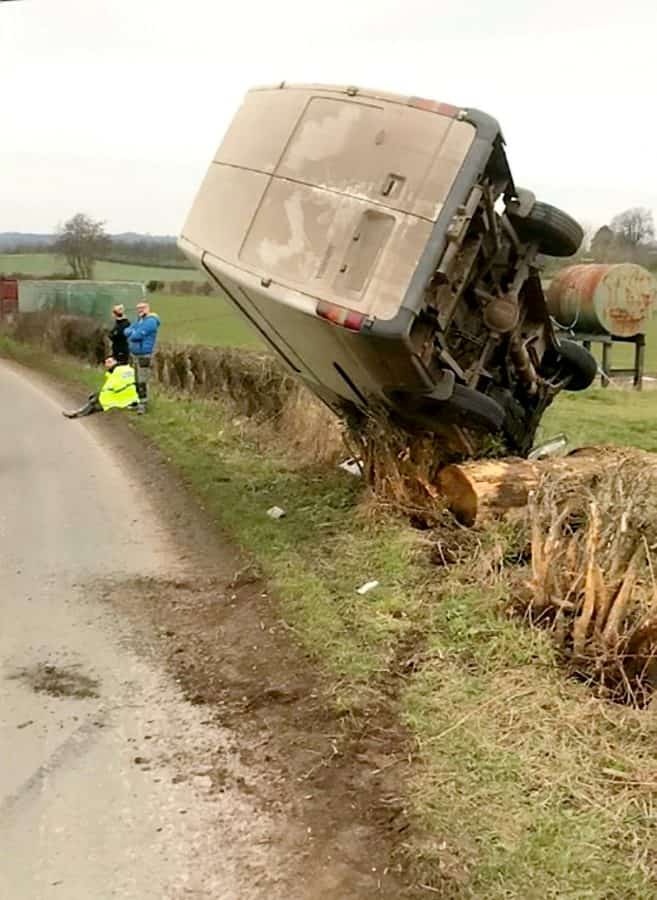 This driver was flipping lucky and his van left teetering at a crazy angle after he crashed into a ditch.

The white van landed in an almost upright postion after the driver lost control as he drove round a country lane.

Hereford and Worcester Fire and Rescue Service dashed to the B4214 in Staplow following the crash on Friday (7/2) afternoon.

Two people had freed themselves from the van before the emergency crews arrived.

Social media users expressed their shock at the van’s final position after the fire service posted the snap on Facebook.

Liz Prout added: “That takes an extreme amount of talent to park like that lol.”

Graeme Bennett wrote: “Can imagine most people’s response to this pic is: You’re only supposed to blow the bloody doors off!”