The incident happened in Fauldhouse, West Lothian, on Tuesday morning. 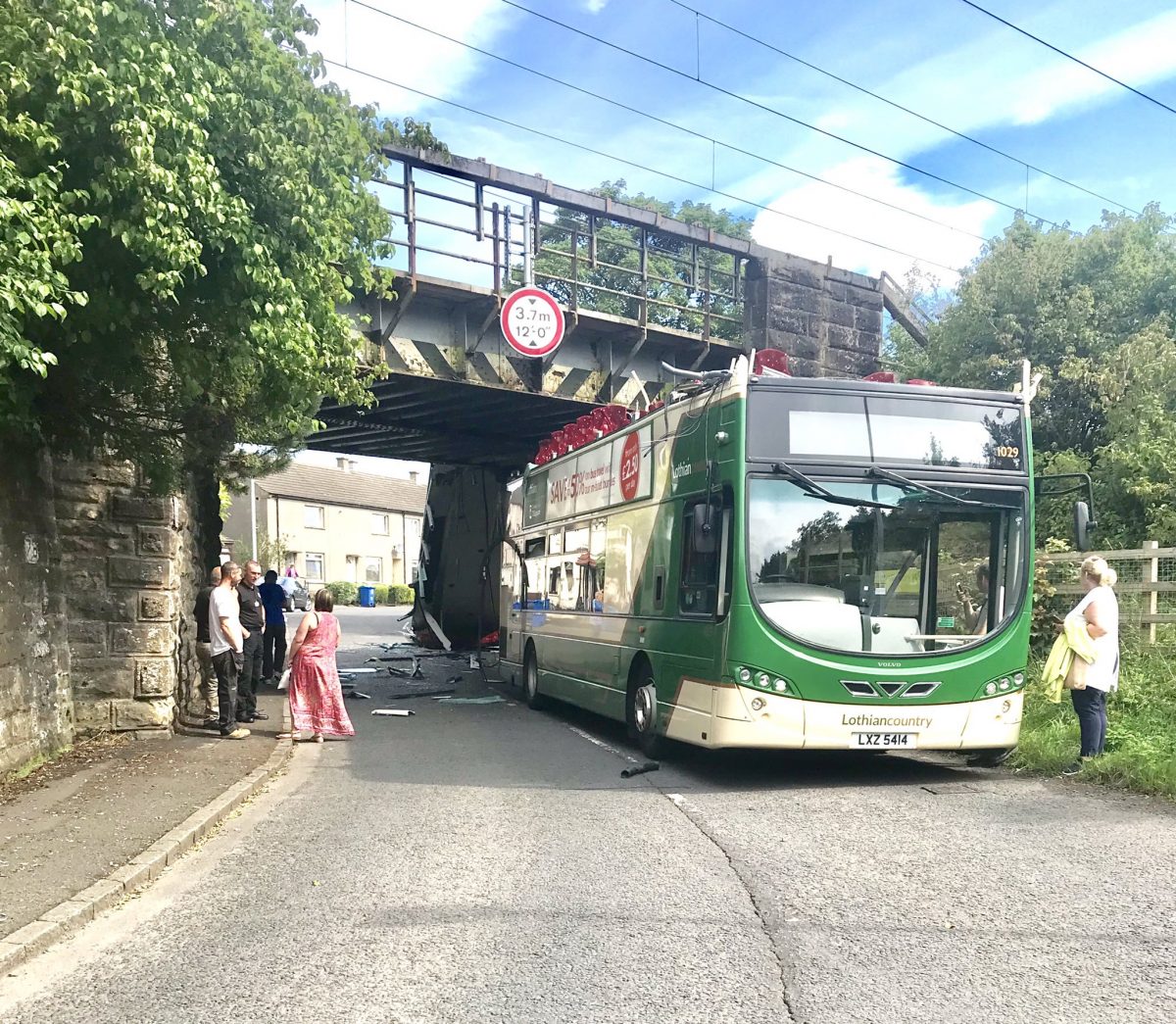 A bus driver has been charged after the roof of a double-decker vehicle was ripped off when it hit a railway bridge.

The crash happened on Tuesday at about 11.15am in Shotts Road in Fauldhouse, West Lothian.

Police Scotland shut the route between Springhill and Leadloch Road and have since charged a 51-year-old man in connection with the incident.

A report is to be sent to the procurator fiscal.

Network Rail, which manages the bridge, introduced at 20mph speed limit for trains crossing the structure, initially saying it was “at risk” of falling if disturbed by vibrations.

A spokesman said: “Our engineers have inspected the bridge and it has not been damaged by the collision.

“We’re working to resolve the incident as quickly as possible and trains are continuing to run, at a reduced speed, while the bus roof is removed from beneath the bridge.”

No-one was injured and the Lothian Country bus driver was the only occupant of the vehicle at the time of the incident.

A spokesman for the operator said: “We can confirm one of our vehicles was involved in an incident earlier today in the Fauldhouse area and we are fully assisting Police Scotland with their inquiries.”