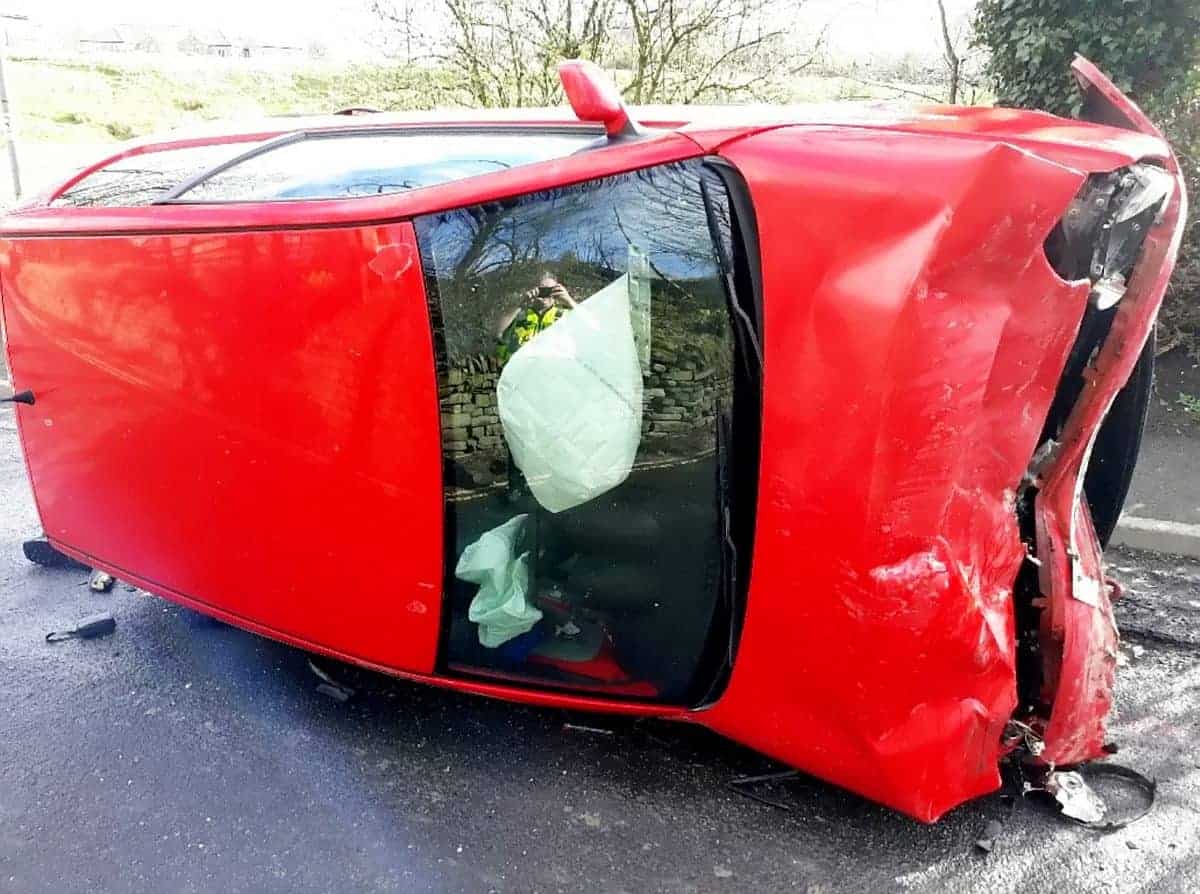 A drink driver left a trail of destruction when he caused two crashes in one day  – in a 7.5 tonne ROAD SWEEPER.

Worker Ariel Babiarz has been jailed for nine months after admitting drinking a litre of rum the night before the collisions.

Bradford Crown Court heard on Tuesday (17/9) how Babiarz had finished a job and was heading back to the yard, along busy roads, when he lost control of the vehicle.

The vehicle was also found to have defective brakes.

Babiarz, 29, from Accrington, Lancs., first hit a red Volkswagen Lupo on the narrow B6480 in High Bentham, North Yorks., on March 9, this year.

The car flipped onto its side and left the female driver needing hospital treatment for fractured ribs.

Babiarz got out of his now battered sweeper but ignored pleas to stay and had left the scene by the time police arrived.

Just 15 minutes later he lost control of the same vehicle on the busy A65 towards Clapham, North Yorks., on a bend, overturning the vehicle and blocking the road.

He was taken to Airedale Hospital, where a sample of blood was taken for analysis.

That sample found, at the time of the collisions, he was driving with 146 milligrammes of alcohol per 100 millilitres of blood in his system, meaning he was driving the road sweeper while nearly double the legal limit.

The legal limit is 80 milligrammes of alcohol per 100 milliltres of blood.

Babiarz admitted he knew about the brake defect on his road sweeper.

Babiarz, who had no previous convictions, pleaded guilty last month at Skipton Magistrates Court to charges of dangerous driving and driving while over the proscribed limit.

At that hearing, magistrates heard how two others cars had been forced to swerve due to Babiarz’s erratic driving and ended up in ditches.

Appearing at the crown court for sentencing on Tuesday, it was revealed Babiarz had now joined Alcoholics Anonymous.

Jailing him Recorder Jamie Hill QC, said he had no alternative but to jail him as others had been left traumatised by his actions.

Speaking after the sentence, investigating officer Traffic Constable Andy Ingram said: “This is a case I will never forget. With the size and weight of the vehicle that Babiarz was driving, it’s only by sheer miracle that a life was not lost that day.

“To drink drive and be involved in one collision and then carry on – onto a major road – and cause other vehicles to take evasive action and swerve out of the way, just shows a total disregard for other people’s safety.

“This case also highlights that to drink drive – it’s not a case of just having a drink and getting straight behind the wheel.

“The effects of alcohol can be felt in your driving ability and the speed of your reaction times for a long time after consuming it.

“Ensure you have given it enough time for the alcohol to leave your system before getting behind the wheel, or you to could soon find yourself in court.”