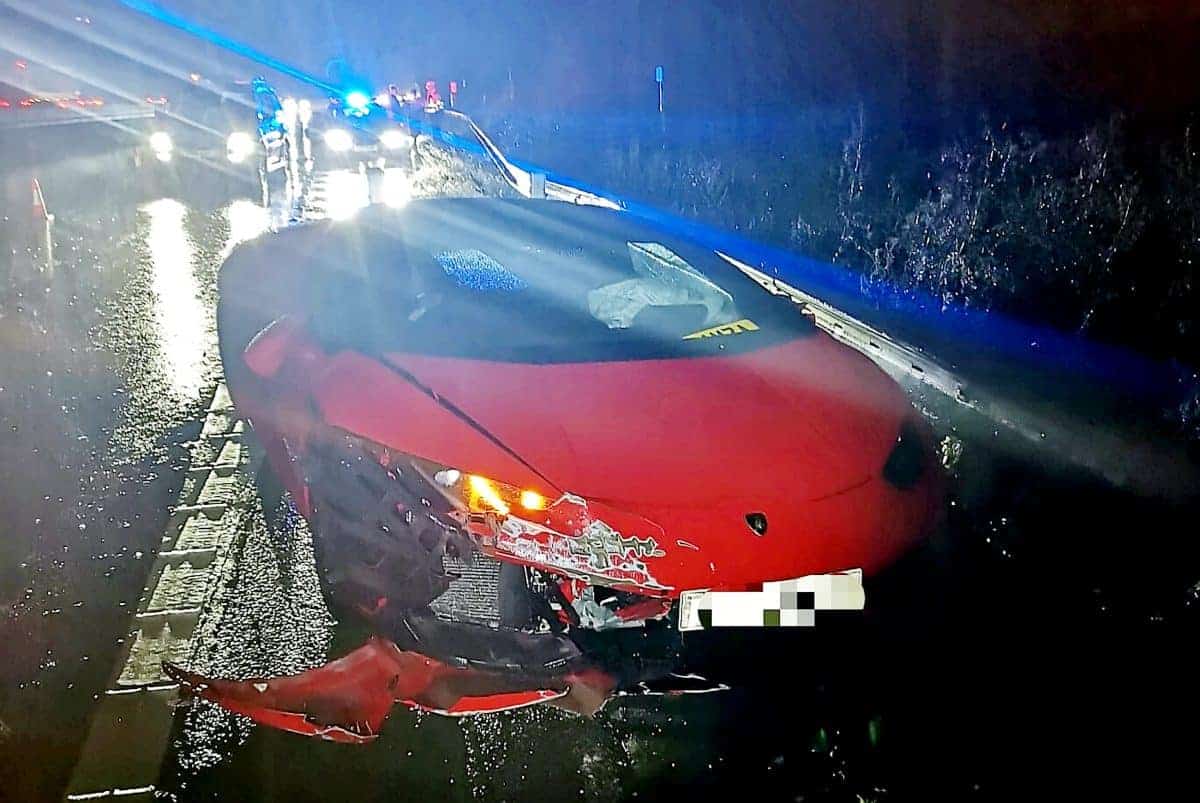 A driver who smashed up a rented Lamborghini has been mocked on social media – by POLICE.

Derbyshire Roads Policing Unit tweeted a picture of the wrecked car after it crashed on the M1.

Cops tweeted: “There was a report earlier in the night of a Lamborghini driving anti-socially in Derby city centre.

“Later this car loses control in the rain and crashes. Hire car – that’s the deposit well and truly lost.”