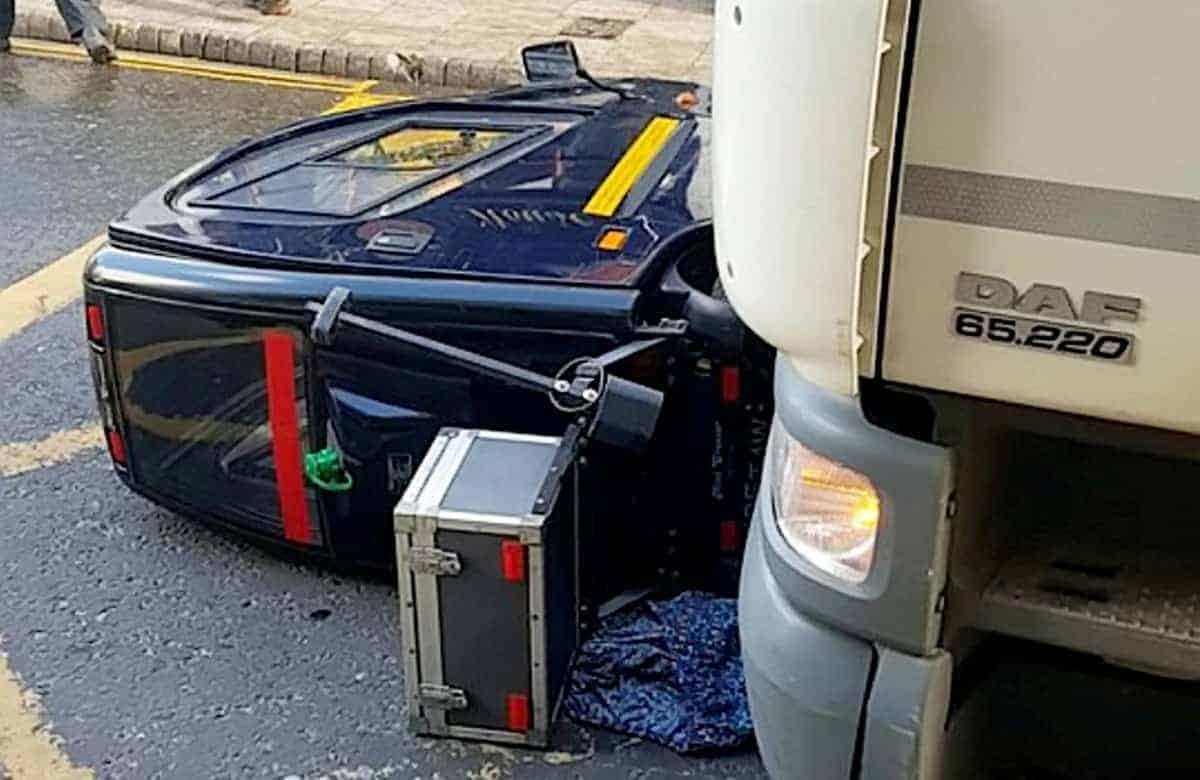 Heart-stopping pictures show the moment an elderly woman cheated death when her mobility scooter was crushed under a lorry.

Shocked shoppers dashed to help the pensioner who was trapped inside the vehicle which was flipped onto its side.

Dramatic snaps taken at the scene and posted on Facebook by Boston Bible show the woman being taken away on a stretcher while police quizzed the driver.

Despite the near miss, the woman escaped with minor injuries and the driver was released.

One witness, shopper Adam Martin, 30, said: “The little old lady crossed the road in the scooter and suddenly this HGV knocked straight into her.

“Luckily the lorry was only going slowly because the road is quite narrow otherwise she’d have been killed.

“People helped her out and ambulance crews came pretty quick. It could have been so much worse.”

A Lincolnshire Police spokesperson said: “Police were called to an RTC at 11.38am in High Street in Boston.

“It involved a woman in a mobility scooter and a lorry. The woman suffered minor injuries. It could have certainly been worse than it was.”