Experts from the University of Science and Technology in Wuhan, China, reviewed 26 existing studies.

A new review found that anti-inflammatory agents, including painkillers such as ibuprofen and aspirin, as well as statins and omega-3 fish oils, could curb major symptoms of depression such as low mood.

Experts from the University of Science and Technology in Wuhan, China, reviewed 26 existing studies for their research in the Journal of Neurology, Neurosurgery and Psychiatry.

The most effective drugs were found to be NSAIDs, omega 3 fatty acids, statins and minocyclines, and the effect was greater if these were added to antidepressants.

However, there was no clear link with improved quality of life, although this may have been due to the small number of studies that examined this, the researchers said.

They concluded: “The results of this systematic review suggest that anti-inflammatory agents play an antidepressant role in patients with major depressive disorder and are reasonably safe.”

Prof Ed Bullmore, head of the department of psychiatry at the University of Cambridge, welcomed the study, but said: “This should encourage further consideration of ways in which we could use a range of anti-inflammatory interventions to help people with depression, perhaps especially people who are already taking a conventional antidepressant drug with limited benefit.

“However, as the authors conclude, further trials will be needed to support licensing and medical prescription of these and other anti-inflammatory agents for depression.”

Professor David Curtis, honorary professor at University College London, said he was not convinced by the findings.

He added: “It is quite misleading to describe the use of anti-inflammatory agents as safe.

“The most effective anti-inflammatory agents used were NSAIDs and although problems are rare, every year thousands of people die from the side-effects of these medications, which are usually taken for chronic pain and are especially risky if taken for long periods of time.” 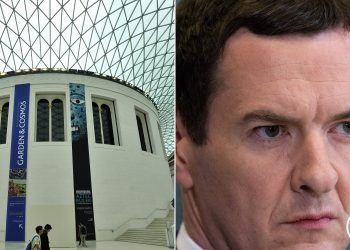