If you’ve only recently learned how to ride a motorbike, you are going to be relatively inexperienced on the road – and that situation can pose a problem when you take out bike insurance. A financially expensive problem, that is; your inexperience makes you a bigger risk to insurers, who will accordingly offer you relatively […] 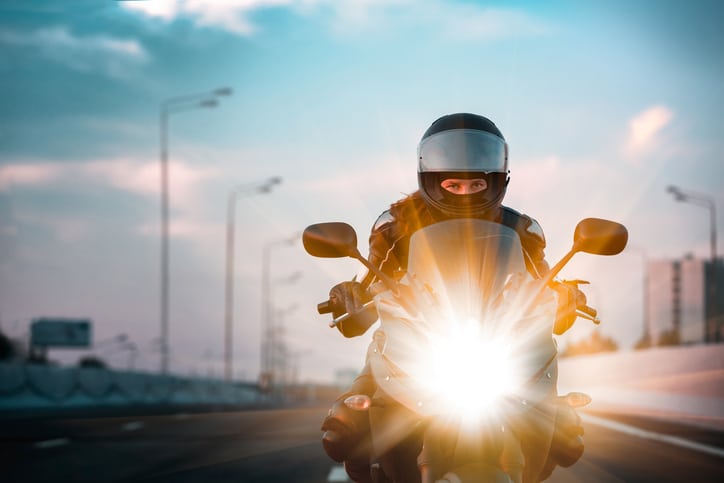 If you’ve only recently learned how to ride a motorbike, you are going to be relatively inexperienced on the road – and that situation can pose a problem when you take out bike insurance. A financially expensive problem, that is; your inexperience makes you a bigger risk to insurers, who will accordingly offer you relatively high premiums. However, there remain ways of cutting the costs.

While you can’t just magic motorbike-riding experience out of thin air, keep in mind that certain motorbikes are much more expensive to insure than others. Hence, you can relieve the financial burden of motorbike insurance by being careful which vehicle you choose. It could be one of these…

Many bikes sold in this country are of the 125cc variety. This is largely because these bikes are often cheaper to insure than bigger capacity alternatives. Of course, it would also help if you chose a bike requiring very little maintenance – and the Honda CG125 certainly fits that bill.

More than 10 million Honda CG125 bikes have been sold globally, enthuses MCN – and this statistic probably shouldn’t overly surprise, given how ruggedly reliable this vehicle is.

If you would prefer a 125cc that is more on the sporty side, the Derbi GPR125 is a solid choice. In fact, it’s among the zippiest choices in the 125cc category and compares especially well to its rivals when it comes to steering. Nonetheless, it can feel choppy on poor roads.

The Honda CG125 and Derbi GPR125 fall into separate insurance groups due to these bikes’ differing sizes and specs. The Honda model is in insurance group 3, while the Derbi bike’s group is 4.

Another member of insurance group 3 is this – something of a half-moped, half-BMX offering that also has a 125cc capacity. This bike fares well when thrown about, though watch out for the slightly slow engine. Thankfully, you can improve this bike by choosing from hundreds of aftermarket parts.

Such modifications might have implications for the cost of your insurance; so, remember to inform your insurer about any alterations you do make.

It’s tempting to think that, if you like your bike rides fairly adventurous, you should basically abandon the idea of ever getting hold of bike insurance on the cheap. After all, wouldn’t an adventure bike need a fairly large capacity and so be pricy to insure?

Not necessarily. One case in point is the Derbi Terra Adventure. Though its upfront cost is high compared to that of many 125cc bikes, it’s a great value package; you can take it both on and off roads and yet it remains just 125cc in capacity.

You might already be familiar with the standard Yamaha YBR125 suitable for use in regular commuting. As the Custom model’s name suggests, it is a customised version of the standard model; it’s got more chrome, a lower seat, and high bars.

Though the Custom bike is slightly pricier to buy than the original Yamaha YBR125, the bike’s effect on insurance premiums is impressive.

Of all of the motorbikes detailed in this article, the Honda Rebel has the biggest engine capacity – 234cc, to be precise. However, Motorcycle.com has hailed it as “consistently the least expensive beginner bike we found during our search” for the cheapest-to-insure motorcycles.

Honda has resisted being too adventurous with the ride characteristics it has placed in the Rebel. As a result, this vehicle can put both riders and insurers at ease.

How you can trim insurance costs even further

Once you have bought your first motorcycle, you could quickly pick up the bike bug… to the extent that you want to buy additional bikes to build up a collection. However, that could quickly undo your previous efforts to keep your insurance costs low. Getting separate insurance policies for each of those models could become both expensive and bewildering.

However, much of the cost and confusion could be cleared if you choose to take out multi bike insurance. This is where multiple vehicles can be covered by just one policy – and, typically, the more bikes that are insured, the lower the per-bike costs of the insurance.