“New York, I love you but you’re bringing me down,” sang James Murphy of LCD Soundsystem in 2007. Though they weren’t intended as such, the lyrics perfectly capture how today’s 20-somethings feel about big city living. City-centre pads in London, Paris, New York, and other major capitals are increasingly being snapped up by the only […] 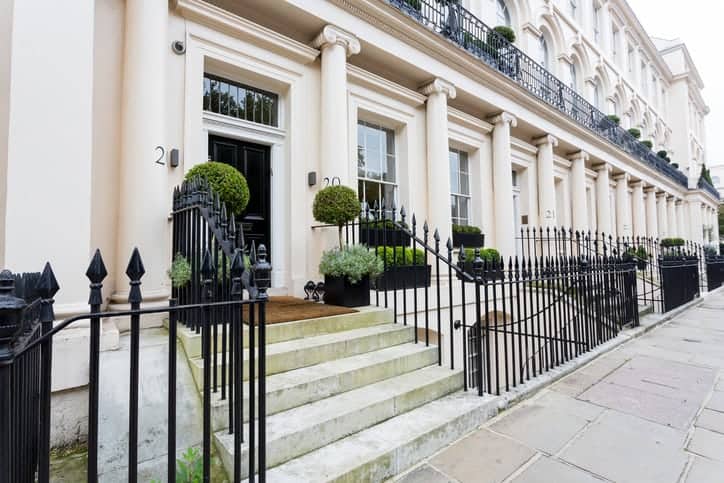 “New York, I love you but you’re bringing me down,” sang James Murphy of LCD Soundsystem in 2007. Though they weren’t intended as such, the lyrics perfectly capture how today’s 20-somethings feel about big city living. City-centre pads in London, Paris, New York, and other major capitals are increasingly being snapped up by the only people who can afford them.

Often this means investors, not occupants. Last summer, research for Mayor Sadiq Khan found that foreign investors are buying thousands of London new-builds suitable for first-time buyers and using them as buy-to-let properties. As it happens, these landlords may find it difficult to find tenants.

For the younger generation, at least, the benefits of living in a big city are becoming increasingly outweighed by the negatives, most of which are related to the cost of living and quality of life. At the same time, locations further afield are becoming more desirable as they take on exciting hallmarks that were once more commonly associated with larger cities.

With an average house price of £479,000 in 2017, it goes without saying that owning a home in London is out of the question for most 20-somethings. The traditional alternative has been renting, but even that is becoming too expensive for younger Londoners. As one young renter told the Financial Times, “nine times out of 10, the mortgage payments will be less than your rent.” But, she conceded, getting on the property ladder is difficult not just because of the initial deposit, but because of the associated fees.

In his recent budget, Philip Hammond abolished stamp duty for first-time buyers, but in London, there are other fees that can be just as crippling. Weighing up the various transport options for movers, even the cost of removals in London is relatively high. “The difficulties of moving in London makes relocating in the capital more expensive than anywhere else in the UK.”

In the capital, everything is more expensive

It’s not just the cost of moving that is pricing young people out of London. Though it may have more on offer in terms of events and activities than anywhere else in the country, London’s mass exodus isn’t related to what the city offers.

“I felt like it was merely a playground for the rich and that I didn’t really belong there because I didn’t have the money to experience everything that makes it great,” a 27-year-old copywriter told the Guardian. After rent and other living costs, many young people don’t have enough money to enjoy going out in London.

The cost of alcohol in London has becoming a running joke outside of the city. One London drinking guide suggests spending £40 for four drinks as good value for London—a shockingly high figure for anyone used to prices further north. Prices like these make it almost impossible for cash-strapped young Londoners to go out without burning holes in their pockets. Thankfully, they might not have to.

Trends that started in big cities are fanning out

What is it that young Londoners like about London? Independent bars and cafes, gimmicky activities, pop-ups, festivals, ‘alternative’ galleries, vegan food. All of these things (and more) are no longer exclusive to the capital. In fact, they may be found easier and cheaper elsewhere. For many, the new hipster capital of the world is Margate, Kent.

After relaunching its nostalgia-trip theme park Dreamland, the seaside town has attracted countless young creatives from the capital, eager to live somewhere they can actually afford. These newcomers have launched new endeavours such as the Margate Arts Club, which throws parties with DJ sessions, doing their bit to reignite the city’s nightlife.

Manchester, too, is competing with London as a cultural centre for younger Brits. Along with offering easily as many hipster distractions as London, Manchester is also beginning to follow London in another way that makes it popular with young people: offering well-paid jobs.

Again talking to the Guardian, one young London leaver said, “With so many big companies opening in places like Leeds and Manchester, they’re more open to searching for people with transferable skills.”

With everything London has on offer available at a much lower cost, it’s no wonder big city living is looking far less attractive than it once did.