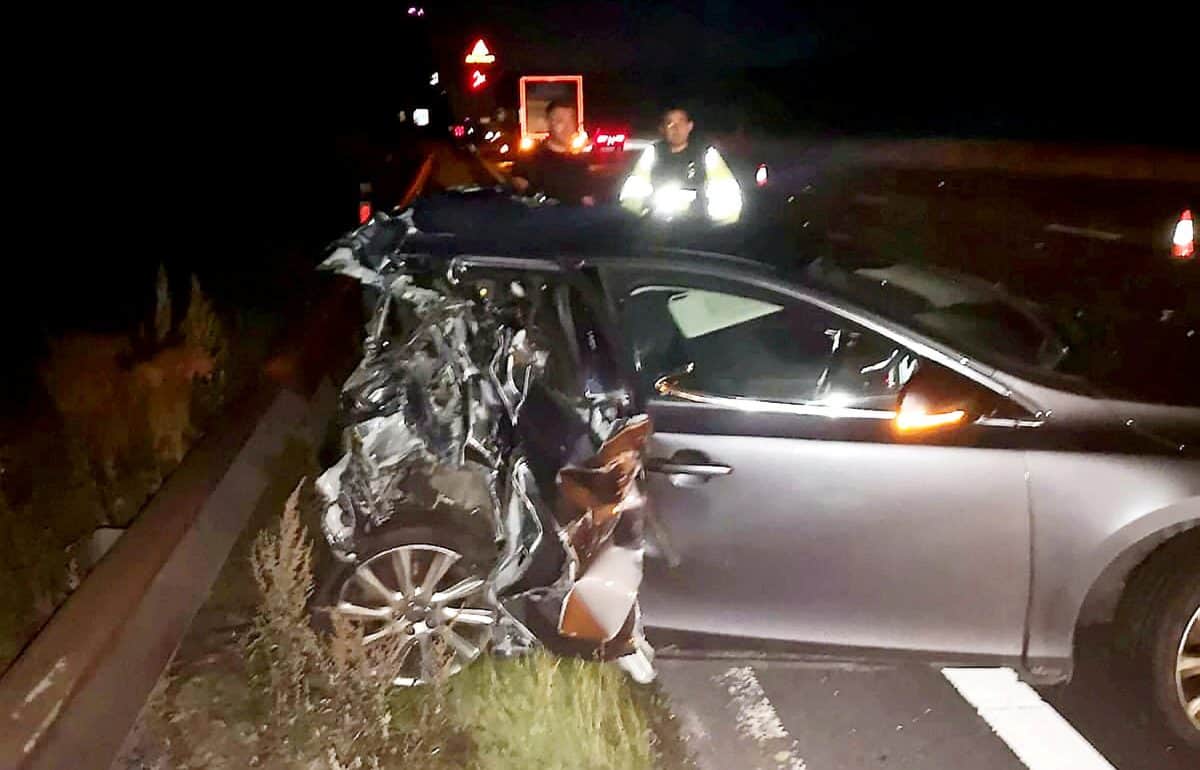 A broken-down Volvo was crushed in half “like a concertina” after a lorry ploughed into it on a smart motorway.

Shocking pictures show the boot and back seats of the car flattened while the front of the motor remained undamaged.

Incredibly, no one was injured in the smash which happened on the M1 in the early hours of Tuesday (17/9).

The car was travelling on the southbound carriageway between junctions 29 and 28 in Derbyshire when it broke down on the hard shoulder being used as a slow lane.

A blue HGV travelling behind it failed to see it in time and smashed straight into the back of the stranded car.

They posted: “M1 South J29 to J28 overnight. Volvo breaks down in lane one. Lorry fails to see it and react in time and drives into it.

“Good job there was no one sat in the back. Break down in a live lane? Get out, quickly, call 999.

“This isn’t politics or victim blaming but a public safety message. Get out the car or suffer the consequences of others failings.”

Other drivers expressed their fury at smart motorways, branding them an “absolute death trap”.

“It’s bad enough breaking down and being on hard shoulder (was said to be the most dangerous place) but when no hard shoulder absolute death trap.”

Katrina tweeted: “This is exactly why ‘smart motorways’ are the most stupid initiative ever! Just get rid and bring back the hard shoulder.”

Andrew Johnson tweeted: “How is no one dead in that crash?? The back was folded in like a concertina. Smart motorways are anything but smart.”