by Ed Chatterton
in Automotive, Must Reads 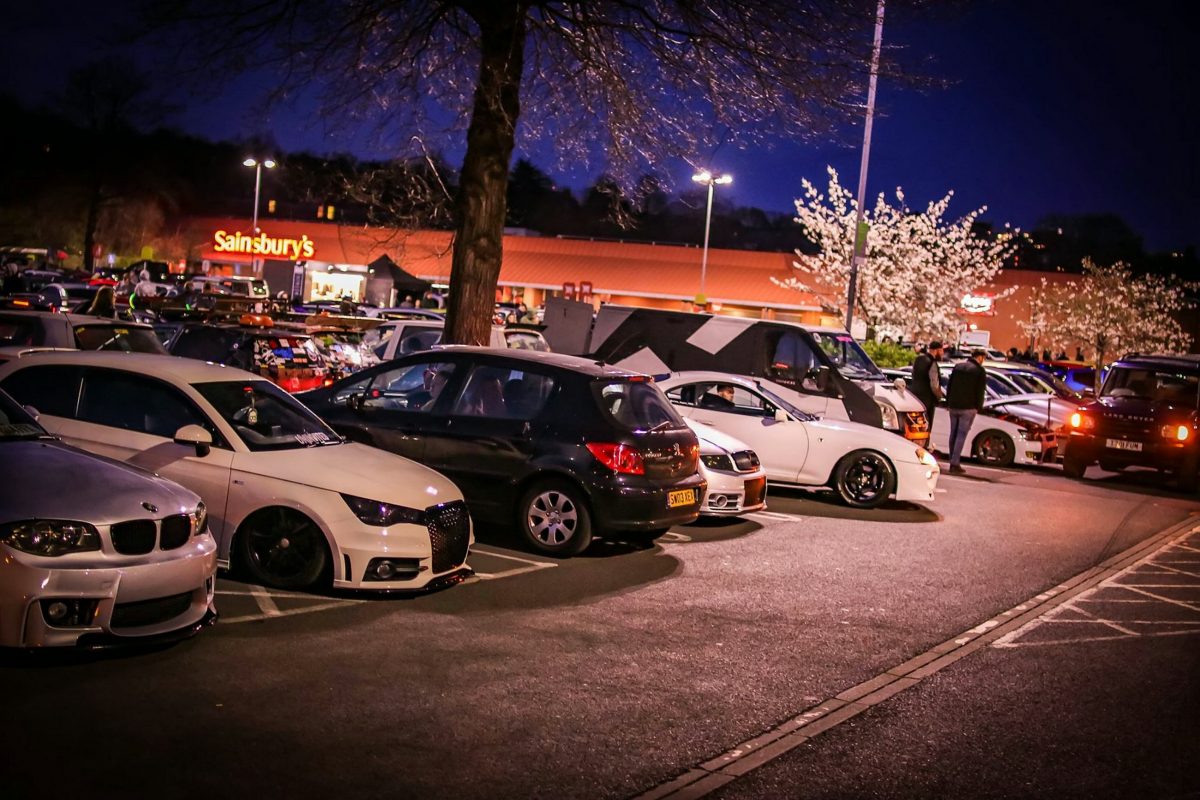 A group of boy racers have been left fuming after being slapped with fines totalling £13,000 for overstaying the maximum limit in a supermarket car park.

Almost 200 petrolheads were issued with £70 penalty charge notices following a Fast and the Furious-style night-time meet up in Nottingham at the end of last month.

Hundreds of car enthusiasts had gathered at the privately-run car park to show off their souped-up vehicles at the event, organised by Facebook group Modified Car Driver.

Residents complained of motorists revving their engines and playing loud music at the Castle Marina Sainsbury’s between the hours of 7pm and 10pm on March 31.

And members of the group were left stunned when they receive the fines through the post several days after the event.

Shoppers can park for three hours for free but a new penalty scheme means drivers can only park for ten minutes when the store is closed.

Because it was a Sunday, the group say they were unaware of the new rules and 189 of the 249 in attendance were issued with the penalties.

Managing director Bernie Dickson said: “The introduction of the scheme has been driven by residents living close to the store and suffering from the noise and general disturbance caused by these drivers.

“The residents naturally have asked Sainsbury’s to do something about it. We believe this is an appropriate response.”

The online group of enthusiasts arranges events across the country, including Burton-upon-Trent, Uttoxeter and Milton Keynes, for motorists to show off their cars.

The event has been held at this car park before but it is the first time fines were issued and members have accused the parking firm of being “underhand.”

Car nut Adam Lewis, 37, from Belper, Derbys., who works at Nestlé said: “I didn’t have a fine personally but we were in my girlfriend’s car and she has received the £70 fine.

“We feel it is very unjustified and underhanded – we have appealed the ticket and we are hoping to hear back soon.

“We weren’t there to cause trouble – just simply to meet up and chat to like-minded folk about our cars and modifications that have been done.

“The signs appear to have been modified very recently with a small sticker over it.

“The sign clearly say three hours free parking in bold so we thought we were okay – but there has been a small sticker at the bottom of the sign saying only ten minutes allowed after store hours but the petrol station was still open so that shouldn’t stand.”

Dairy farmer Alan Farmer Easom, 33, from Oakerthorpe, Derbys., said: “I try to attend as many meet-ups as I can. I don’t think the tickets are fair at all.

“People want to try and put a stop to our hobby but everyone has a hobby and surely it is better to do it in the professional organised way like this one.

“I really enjoyed the meet – it was very friendly and nice for people with the same interest and love of cars to share details about their new pride and joy and to learn new things to try next.”

Karl Fletcher, 21, a mechanic, from Derby, added: “We don’t cause any bother. Its not like we’re doing it right outside people’s homes.

“Yes there is a bit of music and revving of engines but it was all finished by 10pm. I’m going to contest the fine because the signs are not clear.”

However, local resident Julie Margate, 58, welcomed the move and said the boy racers had called a “nuisance” at the car park previously.

The gran-of-one said: “Its about time they did something to stop it, hundreds of people gather there late at night being anti-social.

“They make an awful noise and have music blaring. Its causing a public nuisance before and its only right they are stopped or deterred from doing so in future.”

Signs on the site state the parking rules that the fine is £70 and payable within 28 days however the charge is reduced to £42 if it is paid within two weeks.