The Bloodhound supersonic car is heading for high-speed tests on its specially prepared race track in South Africa. The project, which aims to hit speeds of 1,000mph, will take to the Hakskeen Pan track in October this year. More than 300 members of the local Mier community have moved 16,500 tonnes of rock for the […] 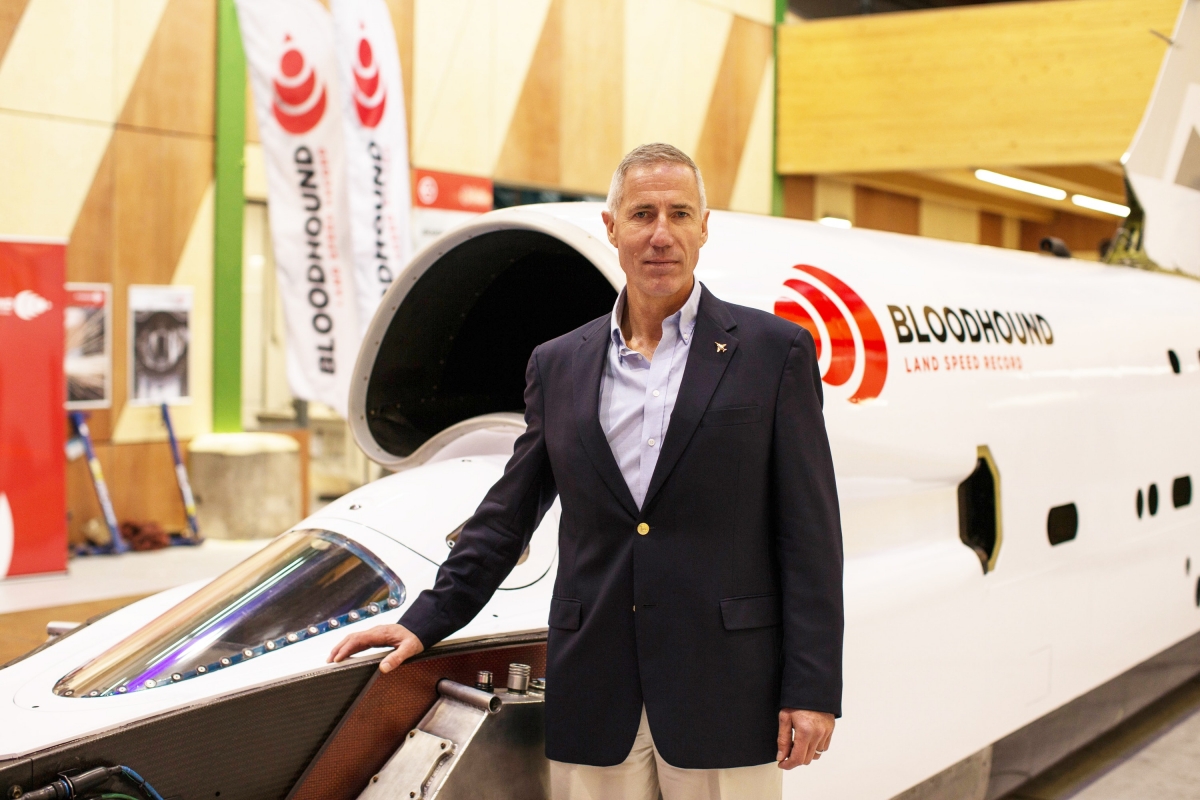 The Bloodhound supersonic car is heading for high-speed tests on its specially prepared race track in South Africa.

The project, which aims to hit speeds of 1,000mph, will take to the Hakskeen Pan track in October this year.

More than 300 members of the local Mier community have moved 16,500 tonnes of rock for the 12-mile desert track.

Bloodhound reached speeds of 200mph at Cornwall Airport Newquay in 2017 and aims to hit 500mph in South Africa.

The vehicle will then attempt to break the land speed record of 763.035mph before targeting 1,000mph.

Entrepreneur Ian Warhurst saved the project last year when he bought it and its assets for an undisclosed sum.

“I’m thrilled that we can announce Bloodhound’s first trip to South Africa for these high-speed testing runs,” he said.

“This world land speed record campaign is unlike any other, with the opportunities opened up by digital technology that enabled the team to test the car’s design using computational fluid dynamics and that will allow us to gather and share data about the car’s performance in real time.

“In addition, we’re running the car on a brand new surface.

“The wheels have been designed specifically for this desert lake bed, but it will still be vital to test them at high speeds before making record speed runs.”

The car’s Rolls-Royce jet engine will be used to test its performance and handling between 300mph and 500mph.

During this stage, the stability of the car transitions from being governed by the interaction of the wheels with the desert surface to being controlled by its aerodynamics.

The grip from the wheels will fall off faster than the aerodynamic forces build up.

Bloodhound will undertake up to 10 runs at these speeds during the testing.

Data on the interaction between the solid aluminium wheels, used for the first time, and base drag measurements will give insights into the power required to set a new record.

Base drag relates to the aerodynamic force produced by low pressure at the rear of the car, sucking it back.

More than 300 sensors and cameras built into the car will gather information to be shared with academics at Swansea University, with students invited to analyse the data.

“Building on everything we achieved in Newquay in 2017, we’ll learn a tremendous amount by going fast on the desert the car was designed to run on.

“This is where science meets reality and it all starts to get really exciting.”

The racetrack has been prepared by 317 members of the Mier community in South Africa.

Bloodhound will use a 10-mile by 500m section of track, with large safety areas on both sides to allow up to 12 individual tracks side by side.

“This is important as we can’t run over the same piece of ground twice because the car will break up the baked mud surface as it passes,” Mr Warhurst said.

“We need multiple tracks so we can build speed slowly and safely – going up in 50mph steps, comparing real-world results with theoretical data – and Hakskeen Pan is the perfect place to do this.

“The surface is hard, too, which means we’ve been able to design slightly narrower wheels that reduce aerodynamic drag.

“The desert surface also has a slight degree of ‘give’, which will work with the suspension to give a smoother ride, reducing vibration inside the car.”

Bloodhound, which has a Rolls-Royce EJ200 jet engine, will cover a mile in 3.6 seconds at full speed.