By James Fox  It’s ten years since Apple first released the iPhone, which was to become the most successful products from the most profitable tech company ever. For many, including James Titcomb at the Telegraph, it will be a cause for reminiscing about how much harder it was to navigate an unfamiliar city, or of […]

by Guest Contributor
in Gadgets, Tech and Auto 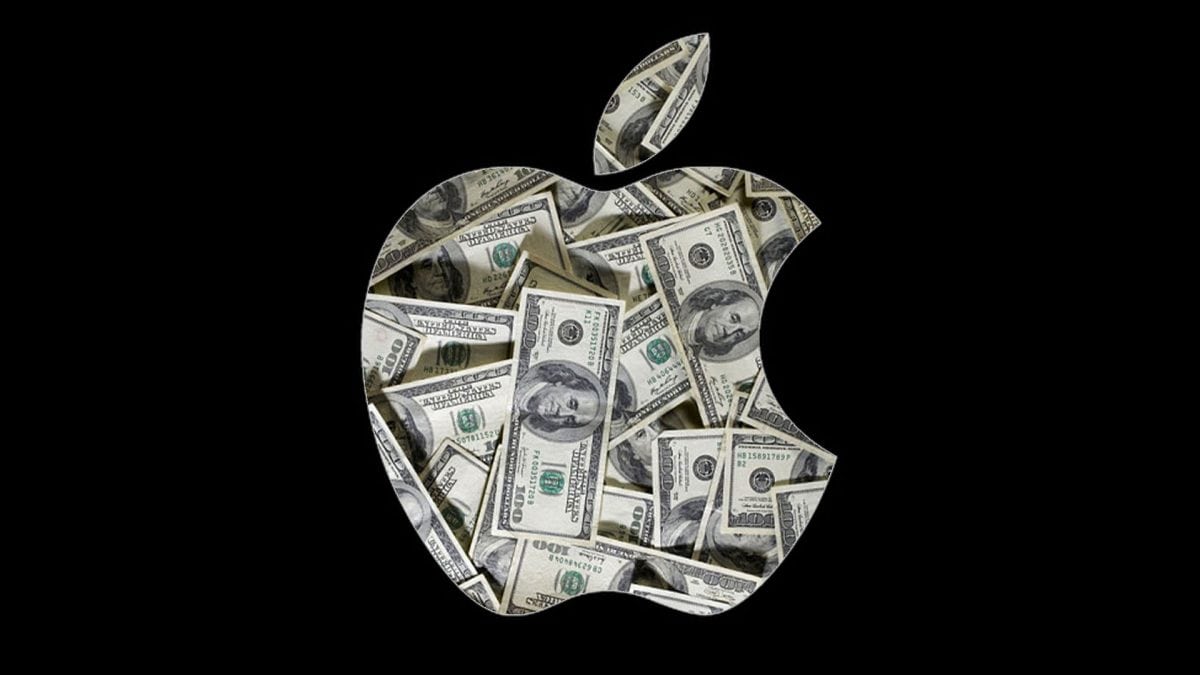 It’s ten years since Apple first released the iPhone, which was to become the most successful products from the most profitable tech company ever. For many, including James Titcomb at the Telegraph, it will be a cause for reminiscing about how much harder it was to navigate an unfamiliar city, or of trying to remember a world without apps and threaded texts at our fingertips.

Its worth remembering though, that the consequences of Apple and its products go beyond the ease of the handset we hold, and not all of those changes are as convenient to consider as the insular list that the Telegraph presents.

So, while its nice to be reminded of how much easier it is to stay in touch with the people we love, its also worth remembering some of the other developments that have happened since 2007, and the role that the iPhone has had in accelerating those changes.

Lets start with a few things that directly affect iPhone users themselves.

Apple is currently lobbying in America to stop you from being able to repair your own iPhone. The Fair Repair Act would make it easier for smaller independent companies to repair phones but Apple is actively opposing it. It is one of only 3 bills it has lobbied for so far this year. Apple has said the legislation would make Nebraska a ‘mecca’ for hackers.

Its no secret that Apple accessories are over priced. Tim Cook (Apple’s CEO) claims they don’t want to sacrifice quality for price but he is overstating the costs involved; for all the high quality components in the iPhone’s newest charger, it only adds 1$ to the production cost, the rest is all margin.

But Apple’s tactics have often been more underhanded, like when they installed an iPhone-breaking DRM bug with a new version of the operating system which would stop the phone from working if it had had certain repairs done by third-party facilities.

They have also gone to efforts to make iPhones slower when newer versions are released and have been taken to court for doing this multiple times, for millions of dollars.

Despite years of highlighting inhumane conditions in Chinese iPhone production facilities, abuses have continued and in some cases worsened in recent years. Apple claimed that 2015 was a ‘year of progress’ for the company but provided no information regarding which facilities were audited, what problems were found, or how those problems were resolved. Conversely, other groups have gathered evidence that directly contradict Apple’s claims such as Chinese Labour Watch and SACOM.

They found problems like blocked fire escapes, fainting employees due to heat and fatigue, underpayment, lack of safety equipment, lack of labour protections, regular intimidation and verbal abuse, inability to take sick pay, no opportunity for collective bargaining or expression of worker concerns. All these problems which continued and appear not to have been addressed.

With this in mind, the famous story of Foxconn’s (who produce many Apple products) employees killing themselves to escape their hopeless fate seems unsurprising. There were at least 13 cases in 2010 when the story broke and the company later put nets under factory roofs to stop attempted suicides, after receiving 150 threats of suicide from employees.

Since 2007 Apple’s foreign cash has exploded from a few billion in 2007 to almost 200 billion in 2015 while its tax payments have stagnated, leaving them to pay far less than one percent in some years.

Its tax payments in Ireland amounted to only 0.005 per cent in 2014, while by law it should have paid 12.5 per cent (which is still one of the very lowest cooperate tax rates).

This amounts to paying $50 in tax for every $1,000,000 it made selling its products outside the US. Most of this foreign cash is kept in Ireland, due to its extremely low tax rate, but this has not stopped Apple working with the government to pay far less tax than their own lax laws allow.

This led to Apple being ordered to pay a massive $14.5 Billion back in taxes to Ireland after it was determined that they had been given ‘illegal state aid’.

We all now know that governments (domestic and foreign) can track our movements and communications with ease on all our mobile phone devices.

Apple have at times attempted to protect their customers from warrantless investigations, but secret services seem to have had little trouble getting past their encryption tools. FBI refused to tell Apple what ‘back-doors’ they exploited to get into their phones, and Apple was also forced by a court to make it easier for governments to randomly guess customer password.

Since Wikileaks most recent batch of hacking tools, however, we can see exactly how the CIA has got past Apple’s encryption on older devices.

Sociologist Sherry Tuckle calls it the ‘alone together phenomena’.

There are now many studies which suggest that increased use of social media and personal technology leads to us feeling more unhappy, like this study which says facebook makes us less happy, particularly in our relationships. Reports of feeling depressed has doubled in American college students between 2009 and 2016. Other studies suggest that ‘iGen’ (the first generation to be brought up with screens around them from childhood) are finding social integration more challenging than previous generations.

Apple’s habit of replacing perfectly good accessories with new incompatible versions (so users have to keep buying updates) creates an enormous amount of waste. For example, the new iPhone 7’s ‘AirPod’ headphone connection – which renders a standard jack lead redundant – will produce 7,000 tonnes of waste if 80 per cent of users get the new product, equivalent to the waste produced by a country the size of Madagascar.

In spite of this, Apple says that it believes in climate change and wants to reduce emissions, claiming that 94 per cent of its facilities are now powered by renewable energy. Its lip-service to the problem of climate change should be looked at with scepticism, however, especially when one considers that in 2014, when the statement was released, Apple’s carbon emissions actually increased by 400,000 metric tons compared to the previous year.

The next year, 2015, Apple continued to increase its carbon footprint (while also breaking the record of the largest quarterly profit ever in cooperate history).

The vast majority of iPhone parts are new materials, which means that even if production emissions were massively decreased, the impact of producing and attaining the materials that go into the products would still go continue to rise. This explains why the company produced more emissions between 2013 and 2014 despite claiming to run primarily on sustainable energy.

Since its release in 2007 the iPhone has gone from being a breakthrough piece of technology to an almost obligatory part of our everyday lives. There are advantages to this, so long as you own a smart phone, but when technology stops being a choice and starts being assumed, the freedom to use a product becomes an obligation to own one.

Many jobs (for example deliveroo and other driving jobs) require you to have a smart phone, and many other companies use messengers like whatsapp to communicate with customers and staff, removing the option of working for these companies without also funding Apple or similar companies.

In my own city of Bristol bus tickets now have their own app, meaning that if you do not own a smart phone you have to pay double the price to use the bus. This is a bit of a ‘first world problem’ but I think its worth mentioning nonetheless.

In 2007 Apple spent 1.3$ million lobbying, it spent more than that ($1.4 million) in only the first quarter of the first year of the Trump administration. Last year it spend a total of $4.67 million, more than triple what it spend 10 years ago.

In the past 10 years large corporations have also started working in tandem to pressure governments.

While this has sometimes been for publicly popular causes (like defending data privacy rights) it has also always served Apple’s corporate interests (like the tax bills it has lobbied for).

And even if some of this legislation is publicly popular it is important to bare in mind that these companies do use their collective strength for less popular legislation (such as the ‘Fair Repair Act’ mentioned above). They are also totally morally and politically unaccountable, as well as completely unelected.

Coltan is used to make ‘tantalum capacitors’ in iPhones and many other electronic devices. It is mined by tens of thousands of workers as young as 12 who are paid little to nothing (according to the Mail they are paid £3.35 for 12 hours of work).

They often mine using their bare hands or unsophisticated tools, wearing no protective gear and receiving no training.

Workers often stay in the underground mines for several days at a time. Many die anonymously in unexpected cave-ins, particularly during rainy seasons, and while the number of fatalities is unknown, workers say “there are days when 30 to 40 people fall” according to Al Jazeera.

The money made from these mines funds the war that has killed around 5.4 million people since it began in 1998 (think about how big that number is for a moment). This is partly because most of the mines are owned by rebel groups who use coltan profits to buy weapons and fuel the conflict.

According to Apple, only 41 per cent of the coltan mined is now mined from conflict ridden areas. These claims should be taken with a pinch of salt, however, especially since it is notoriously difficult to accurately determine the specific mine in which the coltan is excavated.

Additionally, even if the mines are ‘conflict free’ workers are still in the inhumane and deadly conditions described above.

On the other hand, as James Titcomb explains, there are also a lot of ways in which our individual lives have become more convenient, time efficient, and effort free in the past 10 years.

I am not blaming the owners of these products for the effects they have, but I think it is important that users know what the companies who produce their products do.

Technology like the iPhone isn’t going anywhere, but that doesn’t mean we should only mention the rose-tinted conveniences our products give while ignoring the global issues those products exacerbate.

I hope that over the next 10 years iPhone users become more informed about the company that produces their products.