25 years on from the infamous shoot-out, the England manager could finally make amends tonight. 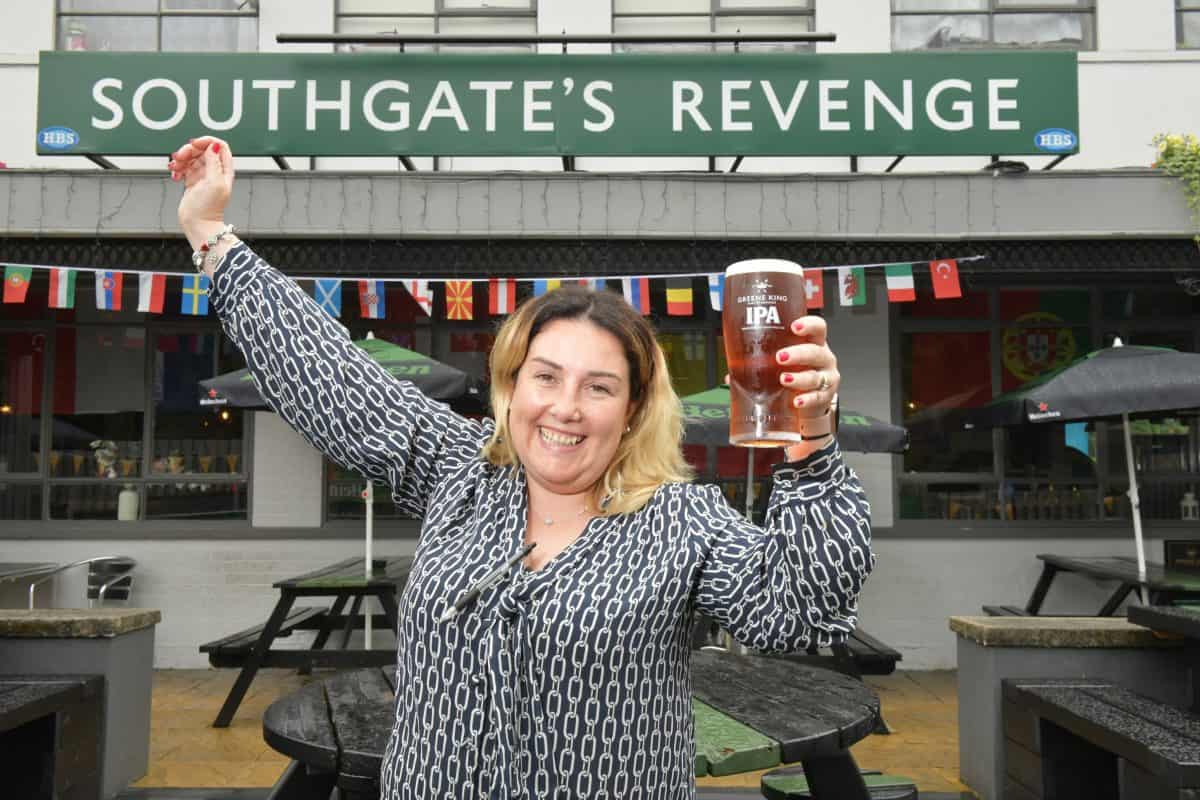 A pub in Wembley has changed its name to ‘Southgate’s Revenge’ ahead of England’s clash with Germany tonight.

The Torch pub rebranded following a plea from the England manager for the nation’s fans to show their support and get behind the England side.

Almost 25 years on from the infamous Wembley penalties in 96, the two countries meet again in the delayed Euro 2020 tournament.

Southgate missed the crucial penalty when England last hosted the contest, and could finally make amends for the miss tonight.

To mark the event, The Torch has changed its name and also renamed a beer in honour of the former defender, with fresh pints of ‘Southgate’s Revenge’ set to be on tap.

Cvetelina Metanova, general manager at Southgate’s Revenge (previously The Torch) said: “Being located in the heart of Wembley, we couldn’t be more excited to have such a landmark game happening right on our doorstep.

“That’s why we wanted to really celebrate and rally support behind the England team and Gareth Southgate, by doing a special pub takeover in his honour.

“The atmosphere here at the pub on game day is always incredible when England are playing and tonight will be no exception!”

The pub, alongside over 1,000 Greene King pubs will be showing every match across the tournament, with screens and full commentary.

Seats are available to book now, giving fans the best view and atmosphere as part of its promise to remain ‘Your Home of Pub Sport’.