"They don't represent us as a team, the people who do that," Gareth Southgate reminded fans before England met with Germany in 2017. 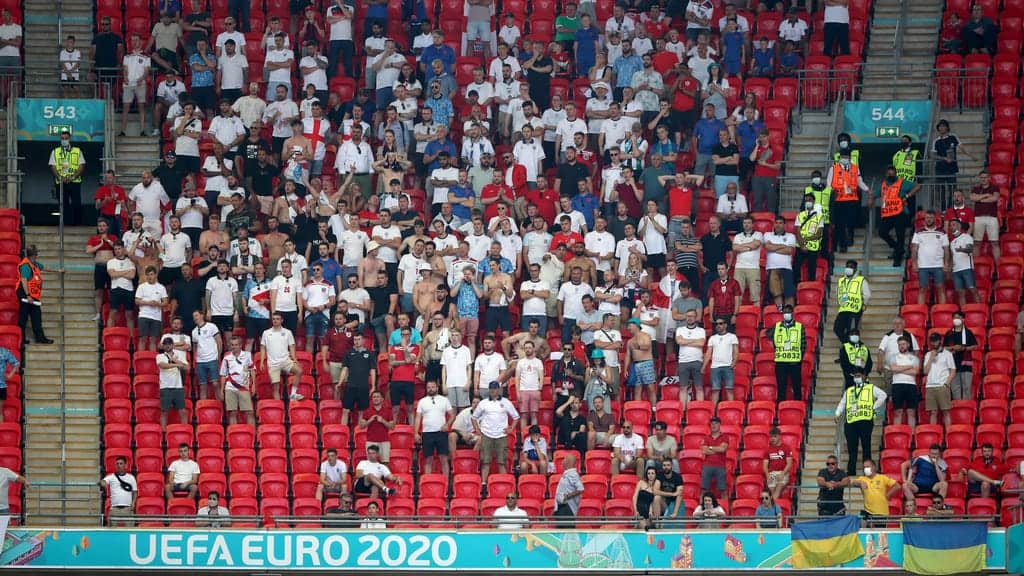 England fans took to social media ahead of this evening’s clash with Germany to express their unwillingness to comply with FA demands not to sing ‘discriminatory or disrespectful’ chants at Wembley.

’10 German bombers’ was trending on Twitter after the governing body reminded fans it will “strongly condemn” anyone taking part in such chants, and could ban them from future games.

It comes after a complaint was submitted to Uefa claiming England fans had been singing it at other Euro 2020 games.

Supporting England in the right way

The FA told the Telegraph: “We always encourage our fans to positively get behind the team, and this includes supporting England in the right way, before, during and after the match.

“This message will be shared with them once again before Tuesday’s fixture, as well as thanking them for their support.

“We will also strongly condemn any behaviour at Wembley Stadium that is discriminatory or disrespectful, and we will take action where appropriate as we try to ensure all England matches are a safe and enjoyable experience.”

Me being escorted out of the pub tomorrow for singing 10 German bombers after a few pints pic.twitter.com/Cfym6giE2Q