By Chris Woods  In a Bank Holiday match played in front of a 966 crowd, Wealdstone rescued a point for the second time in 48 hours as Dan Fitchett’s late strike cancelled out Callum Driver’s bundled and hugely controversial effort, against Hemel Hempstead Town at Grosvenor Vale on Monday. Bobby Wilkinson made two changes to his side […] 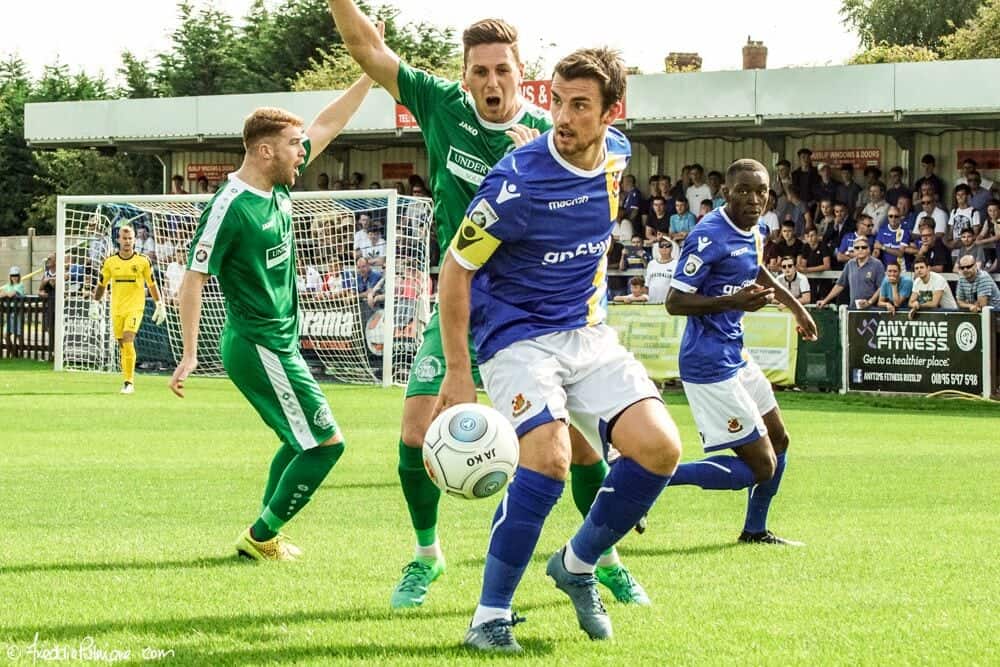 In a Bank Holiday match played in front of a 966 crowd, Wealdstone rescued a point for the second time in 48 hours as Dan Fitchett’s late strike cancelled out Callum Driver’s bundled and hugely controversial effort, against Hemel Hempstead Town at Grosvenor Vale on Monday.

Bobby Wilkinson made two changes to his side for his first home game as Wealdstone boss. Josh Hill made his comeback from injury and Fitchett returned to partner Elliot Benyon up front. Ryan Sellers was also included in the named squad for the first time this season, making the subs bench. Midfielder Sam Cox remains side-lined with a groin injury.

Stones were the better side in the first half and could have gone ahead on 16 minutes after the two pacy wingers Shaquille Hippolyte-Patrick and Abobaker Eisa combined. Hippolyte-Patrick nipped past Kyle Connolly and crossed to the unmarked Eisa at the far post but he flashed his shot wide with the goal gaping. 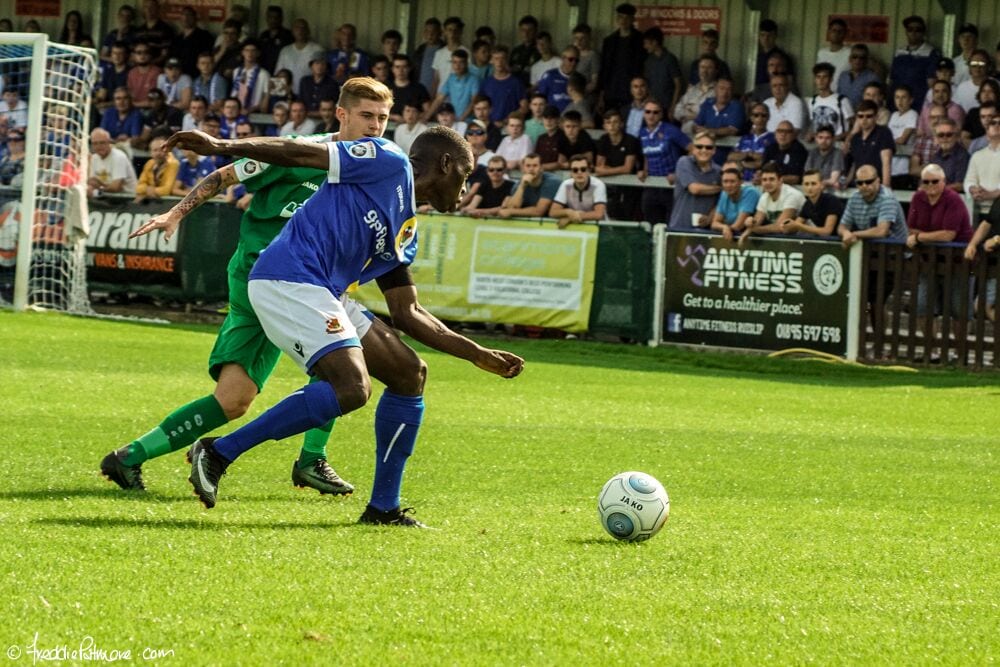 Then Hippolyte-Patrick almost opened the scoring after putting a powerful bullet header on the end of an excellent Danny Green cross, but was just wide.

In first half stoppage time the Tudors hit the woodwork. Taylor Miles hit a perfect swerving effort from the edge of the area which looked destined for the top corner, but somehow Jonathan North got a fingertip to it to push it onto the crossbar before Eddie Oshodi cleared.

The second half struggled to entertain with few chances for each side and respective strong defences cancelling out most attacking efforts. The first chance of note came midway through the half, Fitchett had an effort parried by Laurie Walker, Green reacted quickest with the follow-up but Walker was down again to deny the midfielder. 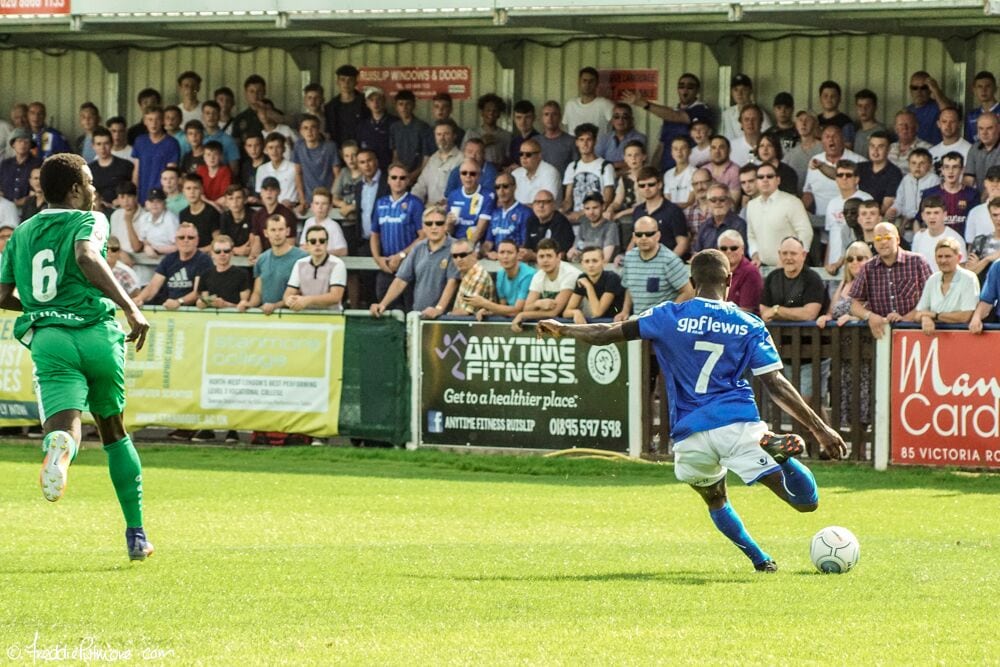 North then brilliantly tipped another effort onto the crossbar, this time from Ben Greenhaugh’s 25-yard free-kick and a minute after that Hemel took the lead. Former Stone Tom Hamblin headed a cross into a melee of bodies on the penalty spot and it was eventually bundled in by substitute Driver with home players and fans massed behind the goal adamant that he did so with his arm. Remonstrations with Referee Josh Smith fell on deaf ears with the Assistant unsighted. 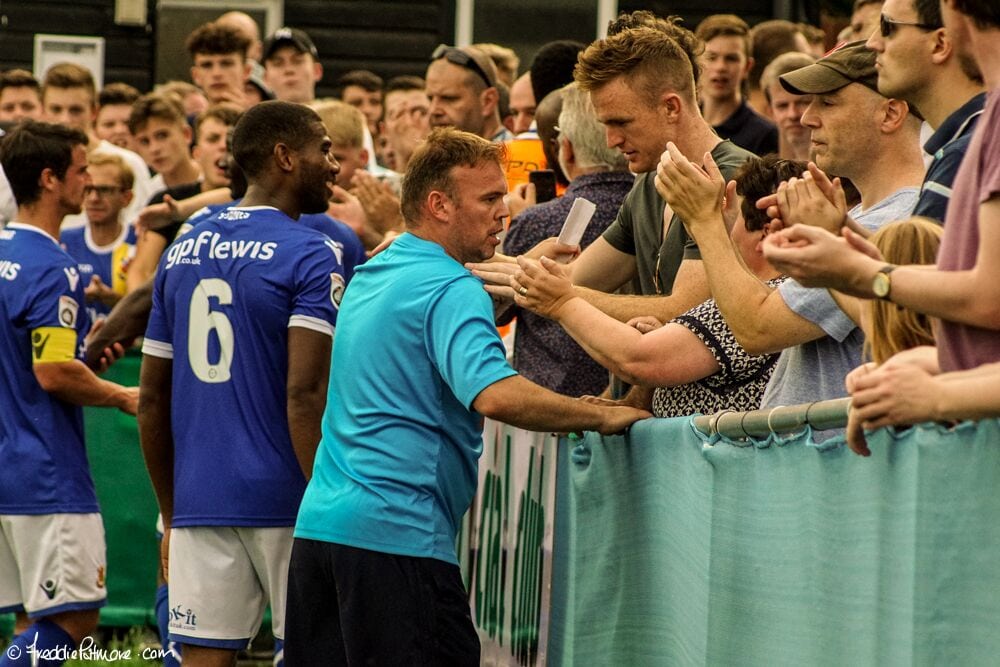 Stones to their credit battled on, and with a repeat of Saturday’s resilience responded with an equaliser in the 88th minute. Green whipped a cross in which was headed back across goal to the unmarked Fitchett who tapped into an empty net to silence the surprisingly miniscule away support from Hertfordshire.

Stones almost won it in stoppage time with efforts from sub Matty Whichelow and Eisa but Walker was alert to both as the Stones slipped into the bottom three on goal difference.