Rooney said he would never forgive authorities if him playing led to a family member being infected by coronavirus. 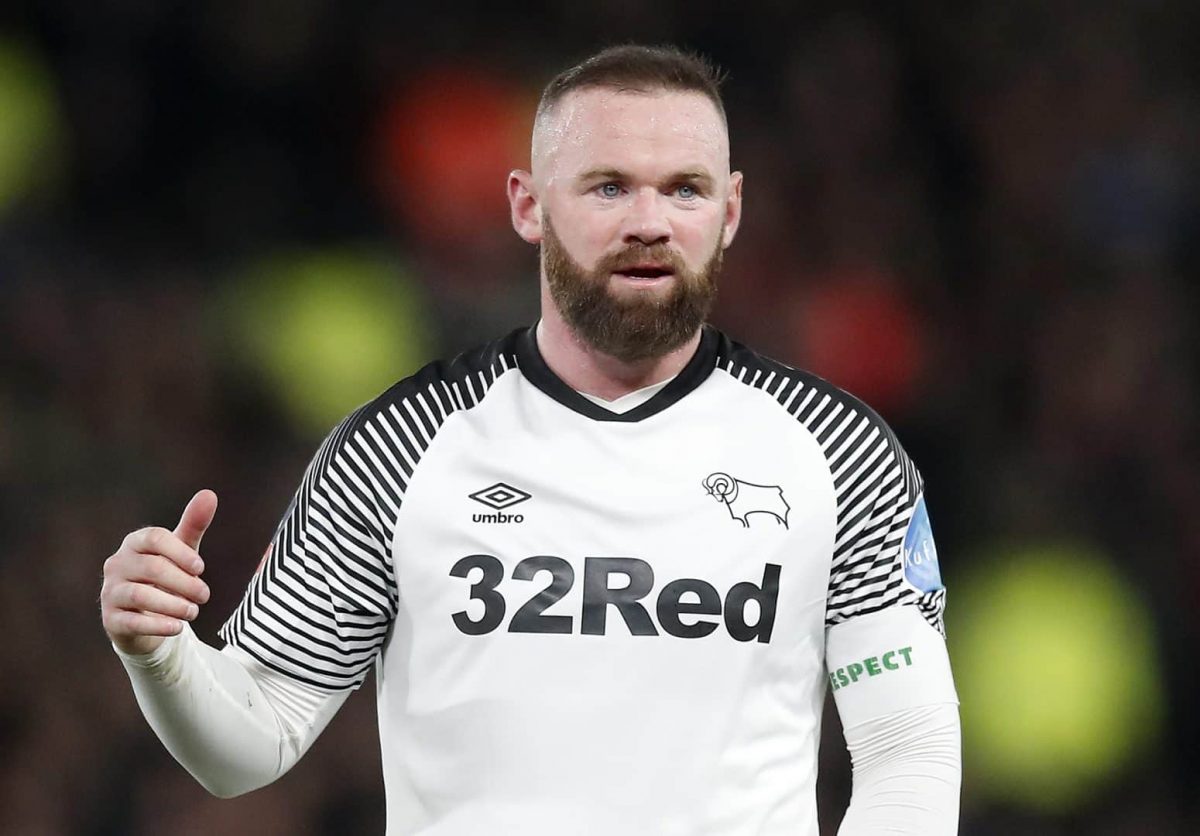 Derby County forward Wayne Rooney has criticised the government and the football authorities for treating players as “guinea pigs” in their confused message over the coronavirus outbreak.

And the former England captain says he would “never forgive” them if his family fell ill as a result.

Writing in The Times, Rooney also proposed a radical schedule shake-up which could see the current season being concluded as late as September, and the next two kicking off in winter-time as a result.

The government last Thursday gave the all clear for sporting events to continue but Arsenal boss Mikel Arteta’s admission that he had tested positive led to the Premier League announcing on Friday all games would be suspended until April 4.

Rooney wrote in his column: “Why did we wait until Friday? Why did it take Mikel Arteta to get ill for the game in England to do the right thing?

“For players, staff and their families it has been a worrying week — one in which you felt a lack of leadership from the government and from the FA and Premier League.

“After the emergency meeting, at last the right decision was made — until then it almost felt like footballers in England were being treated like guinea pigs.

“I know how I feel. If any of my family get infected through me because I’ve had to play when it’s not safe, and they get seriously ill, I’d have to think hard about ever playing again. I would never forgive the authorities.”

Johnson has “dodged” the issue

Ahead of a reported blanket ban on big public gatherings next week, football’s message continues to be confused, with many matches at non-league level going ahead as scheduled this weekend.

Rooney said that in effectively forcing the respective leagues to make their own decision, Prime Minister Boris Johnson had “dodged” the issue. He added that he believed money was key to the authorities’ initial reluctance to cancel.

“The rest of sport — tennis, Formula One, rugby, golf, football in other countries — was closing down and we were being told to carry on,” added Rooney.

“I think a lot of footballers were wondering, ‘Is it something to do with money being involved in this?’”

Rooney added that he believes the authorities must come together to consider a radical re-structuring of the fixture calendar once the virus is over and football can resume.

It could include kicking off the next two Premier League seasons in winter – a revised schedule which would have a knock-on effect of better preparing international players for a winter World Cup in Qatar.

Rooney added: “We’re happy to play until September if the season extends to then, if that’s how it has to be. That’s our job. As long as we know we’re safe to play and it’s a safe environment for spectators, we’ll play.

“The next World Cup is in November and December 2022, so you could actually use this situation as an opportunity and say we’re going to finish the 2019-20 season later this year, then prepare for 2022 by having the next two seasons starting in winter.”

Related: 295 scientists call on government to re-think its coronavirus response