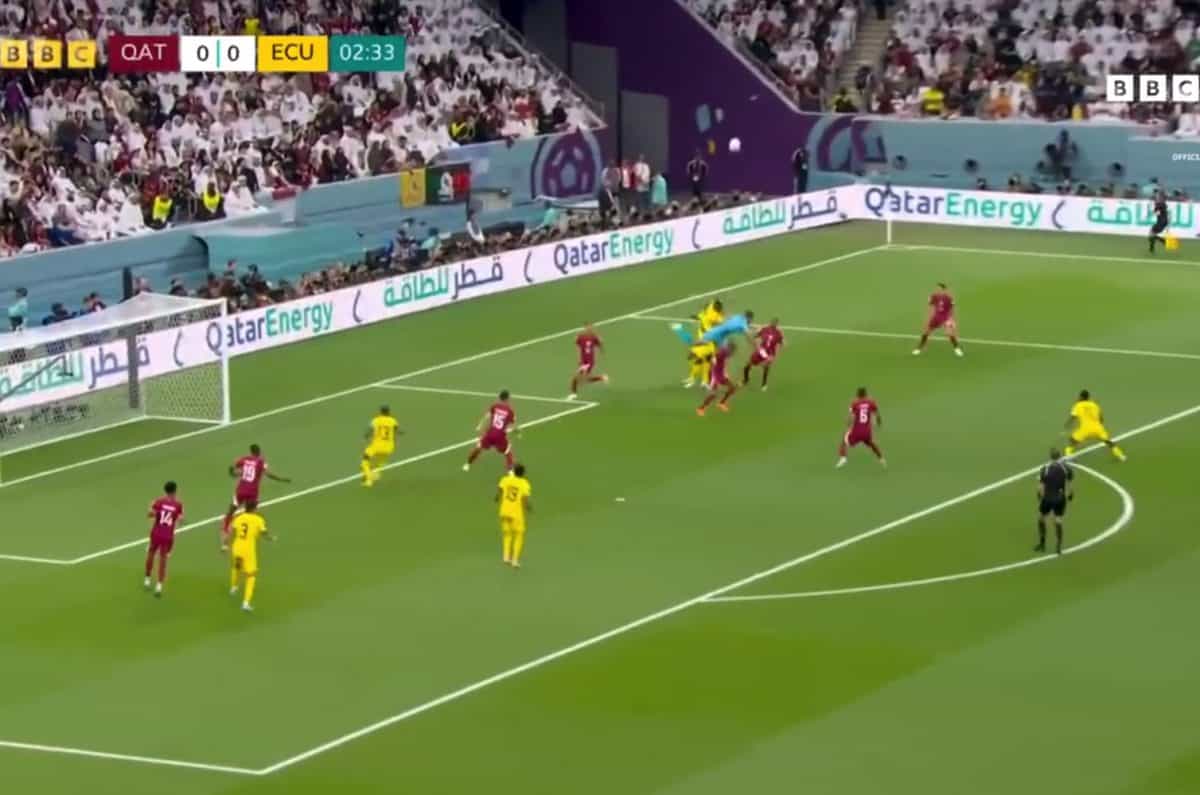 Football fans have been left baffled over why Ecuador’s opening goal was ruled out for offside in the opening game of the 2022 Qatar World Cup.

However, it was ruled out after VAR replays showed that Valencia was in an offside position.

The rules state that two players have to be behind the ball when it’s played, including the goalkeeper.

But the covert VAR operation has left many people scratching their heads.

Reaction to the decision was quick to flood in on social media, and most people were saying the same thing.