Sport News 24/7 By Rob McHugh  @mchughr  @TLE_Sport Who would be a Leeds United fan following a season like this?  Last season saw Leeds go through three full time managers, serious relegation concerns, followed by an upturn in form which then fizzled out in turmoil at the end of the season.  Tax evasion on yachts […] 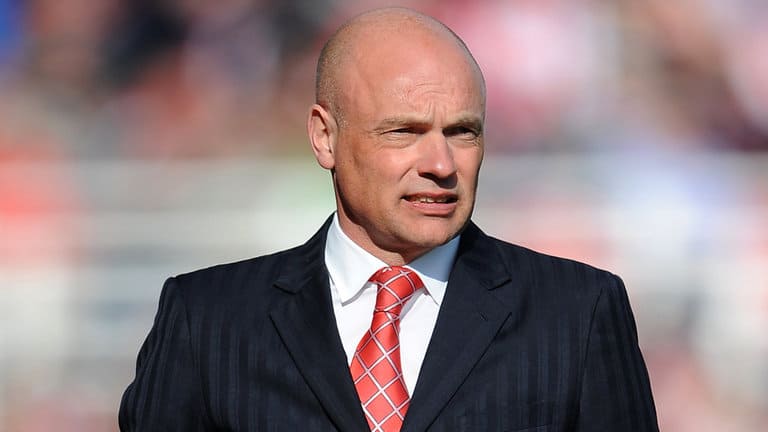 Who would be a Leeds United fan following a season like this?  Last season saw Leeds go through three full time managers, serious relegation concerns, followed by an upturn in form which then fizzled out in turmoil at the end of the season.  Tax evasion on yachts and Land Rovers, rumoured takeovers by Red Bull and Genting which never materialised, followed by Steve Thompson’s sacking and Neil Redfearn’s mistreatment have defined what was a mediocre season on the pitch for Leeds.

Then, just when you thought things couldn’t get any stranger at Elland Road, eccentric (to put it mildly) owner Massimo Cellino suddenly appeared to have had a change of heart and began to make what were seemingly sensible business decisions.  The appointment of Adam Pearson from Sheffield Wednesday is a major coup, and appeared to have steadied a rocking ship at Elland Road.  Pearson is a serious sports businessman, having previously worked as Commercial Director at Elland Road in the early 2000’s, before holding positions at Hull FC and Derby County amongst others.  He also currently owns Hull FC Rugby League Football Club, boosting his sporting credentials.

Pearson acted quickly in ending the speculation around Neil Redfearn’s future in the managerial role.  Rightly or wrongly, Redfearn will not return as head coach and has been offered his old role back with Leeds’ academy.  Redfearn has been replaced by Uwe Rosler, a dream appointment for fans of mid-90’s Premier League football.  Rosler seems like a solid appointment, and in other circumstances, it is an appointment which would satisfy most Leeds fans.  Rosler was a success at Brentford, before achieving further success in his first season at Wigan – leading them to an FA Cup Semi-final, and the play-offs. Other managers tried and failed to keep Wigan in the Championship this season, and it will be interesting to see how Rosler performs in the hot-seat at Elland Road.  He appears to work well in the system which Cellino prefers, one with a head of recruitment and a sporting director.

But as several Leeds managers have discovered this season, Rosler will be walking a constant tightrope for as long as Massimo Cellino remains Leeds’ owner.  Despite the promise of recent weeks, Cellino remains as volatile as ever, and events this week have shown this.  There are rumours circulating that Leeds hired Norwich City’s Steve Head as chief of recruitment, only for Cellino to tear up his contract 5 days later over a disagreement on holiday which Head had booked months earlier before he knew of the interest from Leeds.

Over recent years, I have had my ambition as a Leeds fan suitably lowered after years of turmoil.  If the plan was for Leeds to stabilise next year under Rosler’s stewardship, with a lower wage bill and a squad which comprised of well coached and well scouted players, I would happily accept that.  But it seems that no manager will ever be afforded that opportunity while Massimo Cellino is in charge.  Rosler faces the unenviable task of performing sufficiently well that he satisfies Cellino whilst not performing too well that he becomes more popular with the fans than him.  He must attempt to build a squad, in the knowledge that he may have the odd addition which satisfies Cellino’s vision for the team, whilst also accepting that the owner may intervene in squad selection from time to time.

As a fan, and a human, I really want to see Rosler succeed.  I fear he will not be afforded the opportunity he deserves.