Sport News 24/7 By Max Bluer  @maxbluer  @TLE_Sport Football will resume across Argentina this weekend.  Reason to rejoice for the millions across the vast South American country who watch, listen to and above all discuss the beautiful game every weekend.  Argentina is a nation of football-philosophers; bars and cafes the fora for heated debate and […] 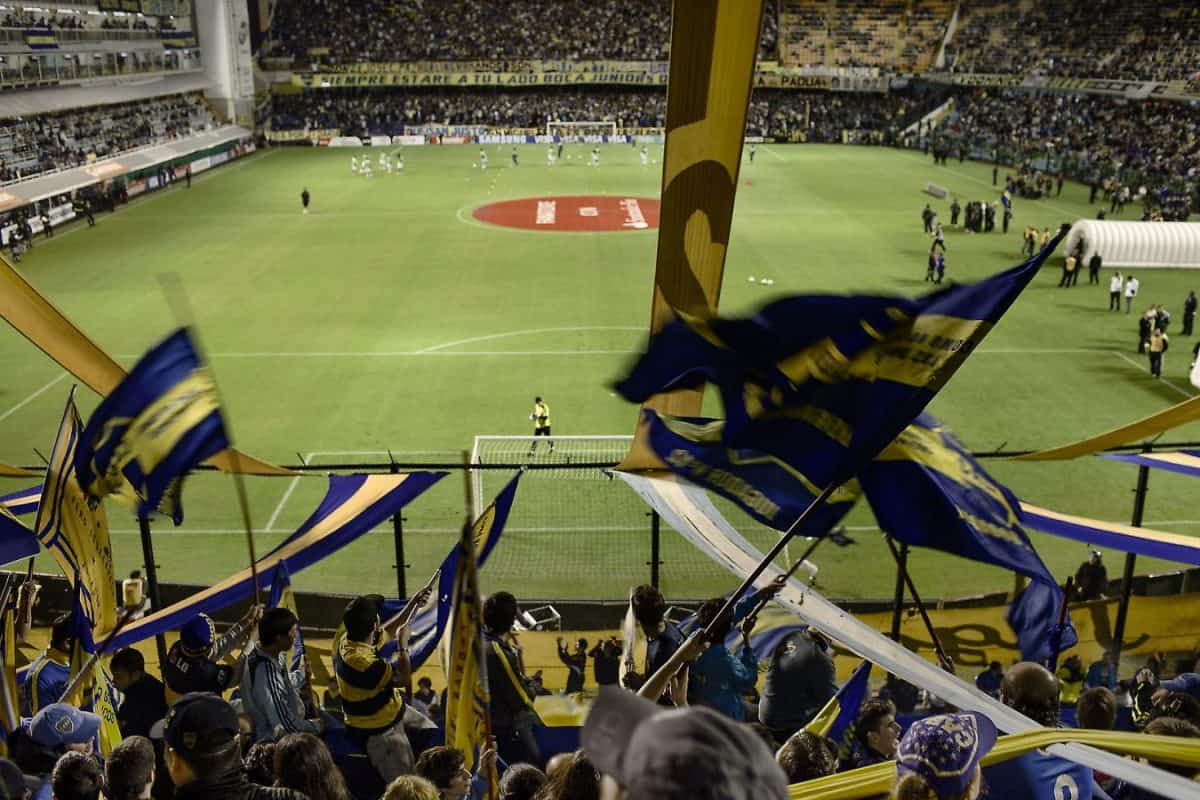 Football will resume across Argentina this weekend.  Reason to rejoice for the millions across the vast South American country who watch, listen to and above all discuss the beautiful game every weekend.  Argentina is a nation of football-philosophers; bars and cafes the fora for heated debate and rhetorical flourish that is rarely seen elsewhere.

These most knowledgeable and impassioned of football fans will have been delighted, then, by the resumption of professional football across Argentina after a week given over to pause and reflection.  Play had been suspended after the tragic death of Emanuel Ortega, a twenty-one year old forward for fourth division San Martin de Burzaco.  Contesting a shoulder-to-shoulder challenge, Ortega had collided at full speed with a concrete fence that encircled the playing area of the stadium.  He later passed away in hospital after doctors were unable to save him.

Shamefully, it took the death of a player during a game to shine a light on the dilapidated, crumbling and downright dangerous nature of much of Argentina’s football infrastructure.  The concrete barriers that surround many Argentine pitches are clearly a risk to the game’s protagonists, but they also enclose the spectators in terraces that are not equipped to deal with sudden crowd surges.

Watching football in Argentina in 2015 is much like it was in England in the 1980s; dangerous, cheap and absolutely not cheerful.  In ‘Fever Pitch’, Nick Hornby’s account of his life through the prism of his devotion to Arsenal FC, he describes a stampede that forced him to jump ‘the low wall that separated [him] from the pitch’ . As Hornby himself acknowledges, he was lucky that Highbury had no perimeter fencing.  At the 1989 Hillsborough stadium disaster ‘it was the fencing that killed them, prevented them from getting out of the crush onto the pitch’.

In Argentine stadia, fencing (or large concrete walls) is common, and like in England in the 1980s is designed to keep fans away from the pitch.  Yet an unintended consequence is a deadly bottleneck that prevents fans from escaping any crush by leaping onto the open spaces of the playing area.  Instead, those spectators unable to get to the designated exits are left trapped, gasping for air, or trampled underfoot.

The political nature of Argentine football clubs means that a Presidential election is never far away.  Although it introduces an element of democracy into the governance of these great institutions (and it is another debate as to whether this is to their benefit) the permanent prominence of elections discourages long term thinking.  After all it is clear what is more likely to win votes; money spent on a proposed new stadium fifteen years down the line, or a new contract for a young superstar.  The relatively little money that exists in Argentine football is spent, not on infrastructure projects but on the pursuit of glory.  Understandable, indeed laudable though this attitude is – ask any Newcastle fan whether they would prefer sensible long-term planning or a push for a trophy – it comes at the expense of safe, comfortable stadia; a price that Argentine football is only now beginning to understand.

Yet the land that gave the world Maradona and Messi faces an even graver threat to the stability and wellbeing of its football.  ‘Barras Bravas’, the Argentine term for organised fan groups (what in the UK are known as ‘firms’) exert an unhealthy influence on the governance of football clubs.  South American football doyen Tim Vickery notes that these thugs have gained such influence within many of Argentina’s great footballing institutions that they are able to charge travel expenses to the club, impose taxes on merchandise vendors and even command a cut of transfer fees.

Business is booming, to the extent that high-profile matches have been known to generate twenty million Argentine Pesos (two million US dollars) for the Barras.  These thugs have been known to physically threaten players who have been seen to be underperforming, and even broken into dressing rooms to make clear their feelings.

The danger of allowing these groups such leeway was evident during the second leg of a recent Copa Libertadores quarter final – the South American equivalent of the Champions League.  The contest between Boca Juniors and River Plate, known as El Superclásico, is the fiercest derby in South America, if not the world.  As the players emerged into a seething atmosphere to start the second half, anguished cries were heard from the back of the tunnel.  Terrifyingly, pepper spray had been released at the back of the inflatable tunnel – seemingly through a hole in the roof that had been cut by a member of one of Boca’s Barra Brava groups.  Four players had to be taken to hospital with burns sustained from the chemicals, and after an hour of confusion the game was abandoned.

That these organised groups of thugs are able to assert such influence on the inner-workings of the likes of Boca Juniors and River Plate is down, to a great extent, to the politics of Argentine football clubs.  Unlike in much of Europe, particularly the Premier League, clubs in Argentina are run on a social membership model, rather than as businesses.  Wealthy and influential figures contest Presidential elections at which control of some of Argentina’s most historic and politically influential institutions is at stake.  Organised football gangs are an extremely useful political resource at rallies and events – as well as to intimidate ones rivals.  Little wonder that successive Presidents at clubs throughout the land (though particularly in Buenos Aires) have turned a blind eye to the violence and criminality of such a useful political resource.

There is even collusion at governmental level with the ‘Barras’.  President Cristina Fernandez de Kirchner has been quoted as admiring how these organisations ‘cheer on and rally their teams’ professing her ‘respect for all of them’.  Spanish newspaper El Confidencial reports that commanders of the Barras report directly to the Interior Minister, while also pointing out that the situation is becoming out of control as the Barras are increasingly able to take the law into their own hands, without fear of prosecution.

The football culture that gave the world legends of the game such as Helenio Herrera, Diego Maradona and Lionel Messi is in danger of imploding.  Presidential elections introduce an element of chaos and short-termism that cannot resist the potential boons of a barra fighting (and this is not a figure of speech) your elections for you.  This same attitude also puts off spending on stadium safety in favour of signing another superstar or holding onto the star player one year longer.  If something is to change within the fabric of Argentine football, then it is this attitude of jam today that will have to be eradicated.