As much as I always look forward to Christmas Day festivities, I can’t deny that I always reserve an ounce of excitement for the Boxing Day fixtures. If we take it as a given that, given the way football is financed, we are unlikely to ever see a full complement of fixtures on any one […] 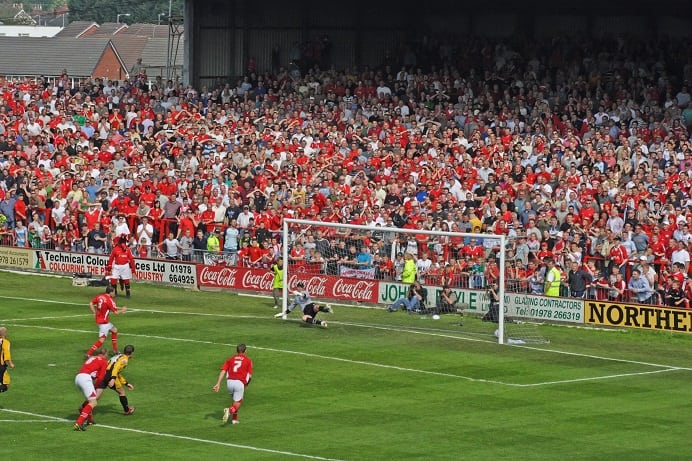 As much as I always look forward to Christmas Day festivities, I can’t deny that I always reserve an ounce of excitement for the Boxing Day fixtures.

If we take it as a given that, given the way football is financed, we are unlikely to ever see a full complement of fixtures on any one day, Boxing Day is about as close as we get to seeing every team across the country in action. There are eighty-four top flight teams in action the day after Christmas, with a full fixture list on offer throughout the non-leagues where teams use the occasion to pack as many Santa hats into the stadium as possible.

Indeed, Boxing Day, a holiday termed after the day post-men, errand-boys and servants would receive a Christmas-box, has become somewhat synonymous with football of late. It is the linchpin of communal gatherings across the country as we finally put on regular clothes and emerge from the house after been cocooned for 24 hours, spreading Christmas joy with renewed energy following a rare 14 hour sleep the night before.

It begs the question; Is Boxing Day becoming a better day than Christmas itself?

Well, according to a new study, a fifth of British blokes would say that it is! Four in ten men say that their absolute favourite thing about the festive period is a full round of footie fixtures on Boxing Day or the packed football schedule – this beats out mince pies, the Christmas turkey and seeing relatives. The average chap will spend seven hours watching footie over the festive period, including live games, highlights shows and catching goals online – and almost one in ten reckon they’ll watch over 20 hours of the beautiful game.

A spokesman for matched betting site Profit Accumulator, who commissioned the poll of 2,000 men, said: “We knew that British blokes love their football, but we didn’t realise quite how much.

“In fact, it looks like they’d be willing to forego almost everything else at Christmas, as long as the packed fixture list was allowed to remain.

“Using a service like Profit Accumulator would be a great way to earn a bit of extra cash to pick up some presents, making the football even more enjoyable.”

So let’s deck the halls with boughs of footy – and embrace the nation’s new favourite festive pastime. For more information, click here.