It’s Super Bowl XLIX and Marshawn ‘Beast Mode’ Lynch has driven the ball to the half yard line for the Seattle Seahawks to set up second and goal with 27 seconds left on the clock in the fourth quarter. With the score tensely poised at 28 points to 24 a touchdown would have surely won […] 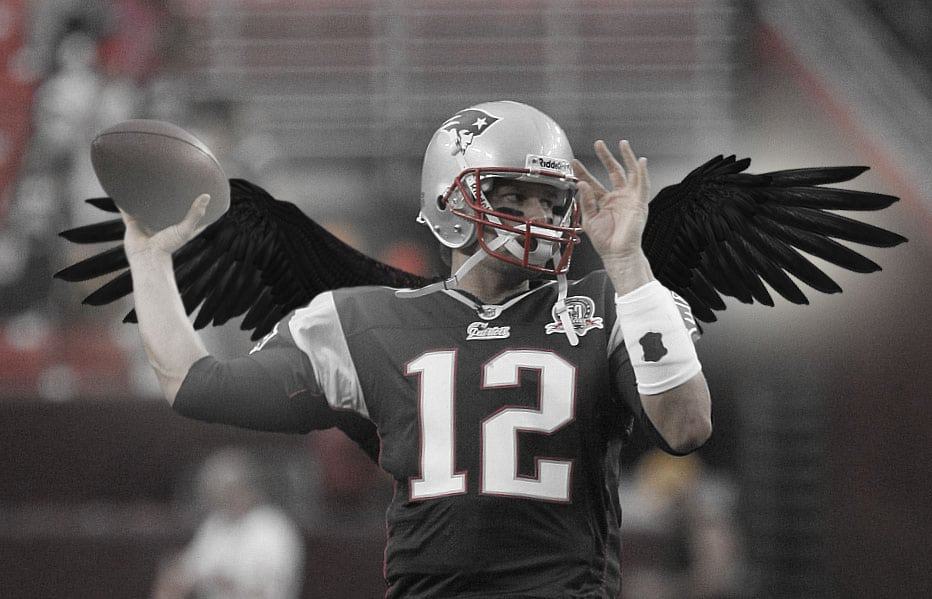 It’s Super Bowl XLIX and Marshawn ‘Beast Mode’ Lynch has driven the ball to the half yard line for the Seattle Seahawks to set up second and goal with 27 seconds left on the clock in the fourth quarter. With the score tensely poised at 28 points to 24 a touchdown would have surely won it for the NFC champions, but Russell Wilson’s pass was intercepted by undrafted free agent Malcolm Butler and the Patriots held on to win Super Bowl 49.

For anybody still awake on the night of Sunday February 1st 2015 the prevailing opinion will have surely been that divine intervention had some role to play in the Patriots’ fourth Super Bowl victory. The Vince Lombardi Trophy had literally been snatched from the hands of the Seahawks in a game that until the dying moments seemed set to return to the North West rather than the North East of America. The Seahawks had all the momentum. A Steven Hausckha field goal and then a Doug Baldwin touchdown extended their lead to 10 points heading into the final quarter, and with a yard to cover in the dying seconds it seemed all but wrapped up for the ‘Hawks, but it wasn’t to be.

The parallels with last night’s 51st Super Bowl are stark. The final was dominated by the defences for large parts with the game remaining scoreless after the first quarter and a measly three points on the board for the Pats moving in to half time. In the third quarter the Atlanta Falcons managed to extend their lead to an almost unassailable 25 points (the previous biggest deficit overcome by the eventual Super Bowl champions was 10 points) leaving the game all but dead and buried.

But once again, a miracle revival was on the cards. Tom Brady’s record-breaking 466 passing yards helped the Patriots draw level and force a first overtime game in Super Bowl history. Tied at 28 points apiece the Miracle at the NRG had only begun to unravel, with New England winning a crucial toss to receive the ball and the ensuing 75-yard drive setting up James White to score from two yards and secure the win.

Like Super Bowl XLIX New England’s win had been a mix of good play and good fortune. How had Julian Edelman managed to take a catch that was all but guaranteed to hit the floor first? How had Stephen Gostkowski managed to recover from a missed conversion to net a 33- yard field goal? How different things would have been had Dont’a Hightower not fumbled to set up New England for a fourth-quarter touchdown and give Patriots fans belief that the comeback was on.

It was an enthralling Super Bowl littered with questions that will ultimately lie unanswered, but one thing is for certain; if there is a God, he was shining down on the Pats last night.