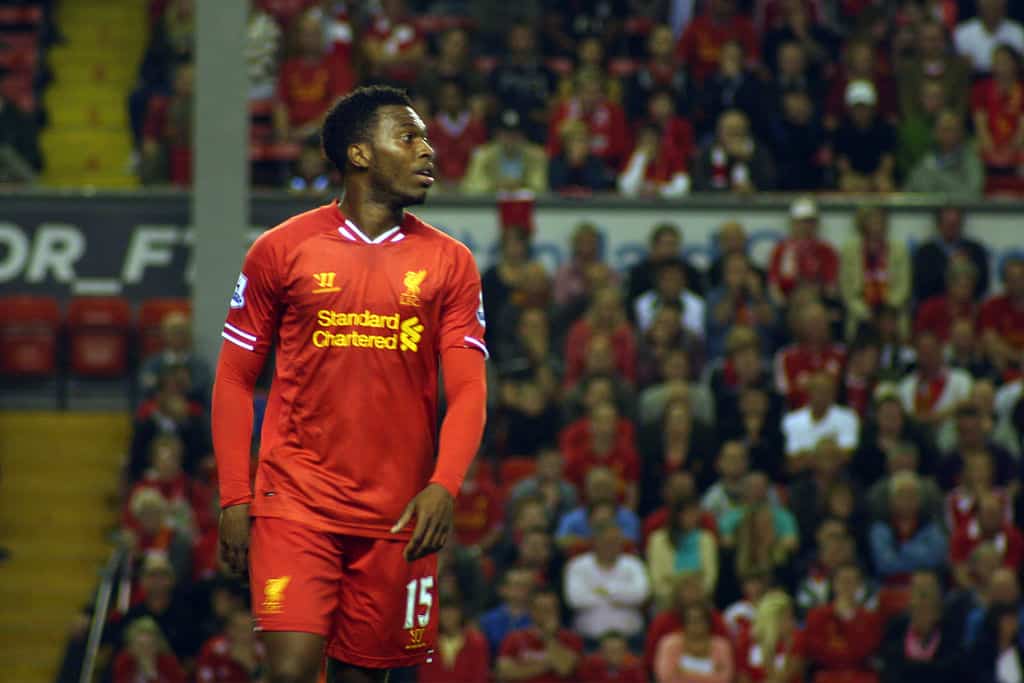 Reports have emerged that Daniel Sturridge has cancelled plans to travel north today.

According to George Caulkin Newcastle were expecting the out of favour Liverpool striker to travel north this lunchtime. But he hasn’t.

West Brom have shown interest in the striker, which could have derailed talks.

The news will come as yet more disappointment for Rafael Benítez who has had his transfer window put on hold over speculation that the club would be sold.

The Magpies are also struggling to reach an agreement with Feyenoord over their number one target Nicolai Jorgensen. The Dutch team want £20m to part with the striker.

Sturrridge is reportedly desperate to leave the Merseyside team who have agreed to release him on loan and has been the subject of furious activity by Inter Milan or Sevilla.

Inter Milan had offered £2 million to loan the striker but are also after Paris Saint-Germain striker Javier Pastore.

Sevilla’s latest offer to pay Sturridge’s £130,000 a week wages for the rest of the season has been rejected too and Rafa Benitez is keen to bring him to St James’ Park before the transfer window closes on Wednesday.

The Magpies desperately need a goalscorer to avoid the relegation zone, suffering from a dire goal total of just 22 in 24 matches.

Daniel Sturridge has not played for Liverpool FC since coming on as a substitute to not score any of the 7 goals against Spartak Moscow in the 7-0 romp at Anfield on December 6.

The injury-plagued international has faced stiff competition from Liverpool’s other star strikers this season and a move now is his best bet if he wants to join his England team mates at the world cup this summer.