A Premier League football club blighted by turf-eating parasites has resorted to spraying ultra-strong GARLIC on the pitch. Crystal Palace groundsman Bruce Elliott has been spraying the pitch with garlic liquid that’s 100 times more pungent than normal garlic. It smells so strong groundsmen are forced to wear Breaking Bad-style chemical suits while they […] 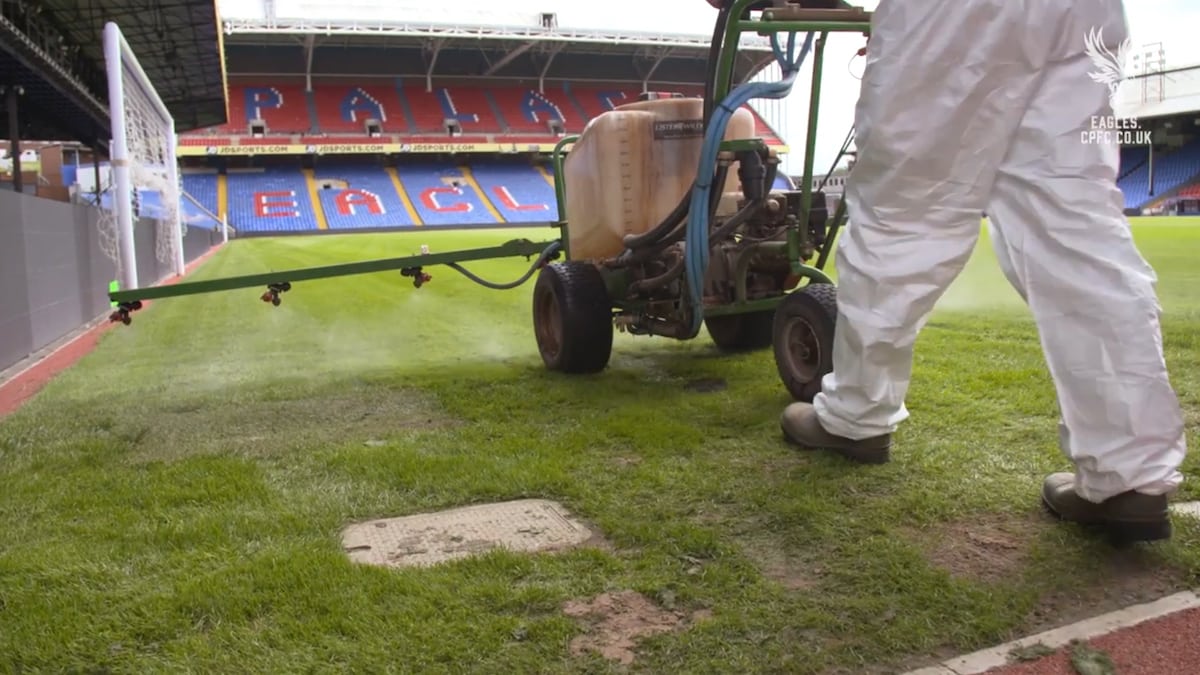 A Premier League football club blighted by turf-eating parasites has resorted to spraying ultra-strong GARLIC on the pitch.

It smells so strong groundsmen are forced to wear Breaking Bad-style chemical suits while they treat the turf.

The south London club’s ground, Selhurst Park, has been blighted by parasitic worms which live around the grass roots.

Elliott, Palace’s head of grounds and estate, said the three-week spray process has left the stadium stinking but reckons it’ll be back to normal when the season starts in August.

He said: “The reason we’re doing it is because like a lot of clubs around the country we have a problem with nematodes, which are a microscopic, parasitic worm-like creature that live within the root zone.

“When it gets in there it can distort all the roots system and creates a weak plant that is susceptible to disease and wear and tear so we have to eradicate them, and one of the ways to do that is with garlic.

“This is a liquid form of garlic so we can spray it and it creates a chemical within the root zone which isn’t toxic to us but is to the nematodes.

“We’re having to do it over a three-week period because you can’t affect the nematode unless it’s in the root zone, but it has a life cycle.

“They create eggs so we do it over a certain period when they’re active in there to catch any hatches.

“The only unfortunate thing for us the pungent smell.

“Think of your garlic at home and times that by 100. I cope with a mask but it still gets through, but I try and get away from it when I can.”