Sport News 24/7 By Billy Stephens  @BillyLaughs  @TLE_Sport Manchester City have one foot in the Champions League quarter finals after a strong 1-3 first leg victory away to a lacklustre Dynamo Kiev, as Pellegrini shows which side his bread is buttered. Pellegrini’s men turned up looking ready for business – actually they turned up looking […] 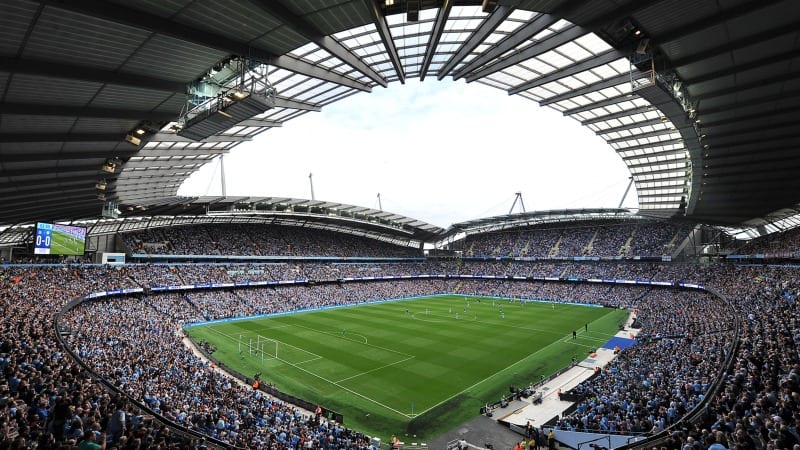 Manchester City have one foot in the Champions League quarter finals after a strong 1-3 first leg victory away to a lacklustre Dynamo Kiev, as Pellegrini shows which side his bread is buttered. Pellegrini’s men turned up looking ready for business – actually they turned up looking ready for Rave Night but that’s just their away kit. Nonetheless, the starting eleven was strong with all the stars returning after being rested in their 5-1 FA Cup defeat to Chelsea. Fernando was in fact the only player to start both matches, with even Joe Hart rested at Stamford Bridge.

City were 0-2 up at half-time after smart skill and finishing from Sergio Agüero gave them the lead following a corner 15 minutes in, before David Silva fired in from close range after slick work from Aguero and Raheem Sterling on the left side of the area. City could have been even further ahead had two more Aguero shots not fizzed narrowly wide.

It was Kiev’s first competitive match after the winter break in Ukraine and it showed. However, they responded in the second half and pulled one back when Buyalsky’s deflected shot deceived Hart to give the Ukrainian side hope.
Kiev continued to push forward as both sides had chances and it was end to end at times. Joe Hart pulled off a fine save in the 79th minutes from another Buyalsky effort after good work by Yarmolenko and Veloso, before Yaya Toure headed wide from inside the six yard box after Sterling put the ball on a plate for him.

Toure made amends in the last minute of normal time as he picked the ball up on the right wing, exchanged a cute one-two with Fernandinho and curled home from the edge of the box.

The changes in personnel and performance show that City are prioritising the Champions League this season, which the owners have been demanding for a while, but was it really necessary to rest almost the entire first team in the FA Cup? Even Joe Hart? I understand resting the likes of Kompany and Agüero, who have both had long-term injuries this season, but resting almost the entire team was only likely to have one outcome.

Regardless of form, a full strength Chelsea side is going to beat the Man City reserves nine times out of ten. Pellegrini knows this and sacrificed the FA Cup for a better chance at European glory. This at a point when City still were in with a chance of winning all four of the competitions they were in, including the League Cup final.

Pep Guardiola will be taking the reins from Pellegrini in the summer and, although he will have the same remit to be successful in Europe at all costs, I doubt Pep would throw the oldest cup competition in the world out with the bathwater. Guardiola wants to win everything and if City find themselves in the same situation next year, you can bet he’ll go for the quadruple.