I’ll be honest, I don’t know that much about Ice Hockey. In fact, what I do know, comes from the Mighty Duck films and watching players fight each other on YouTube. But recently, Ice Hockey has tweaked my interest and it’s all because of one team, The Nottingham Panthers. Britain loves an underdog. Whether it […]

by Jack Lennie
in Sport 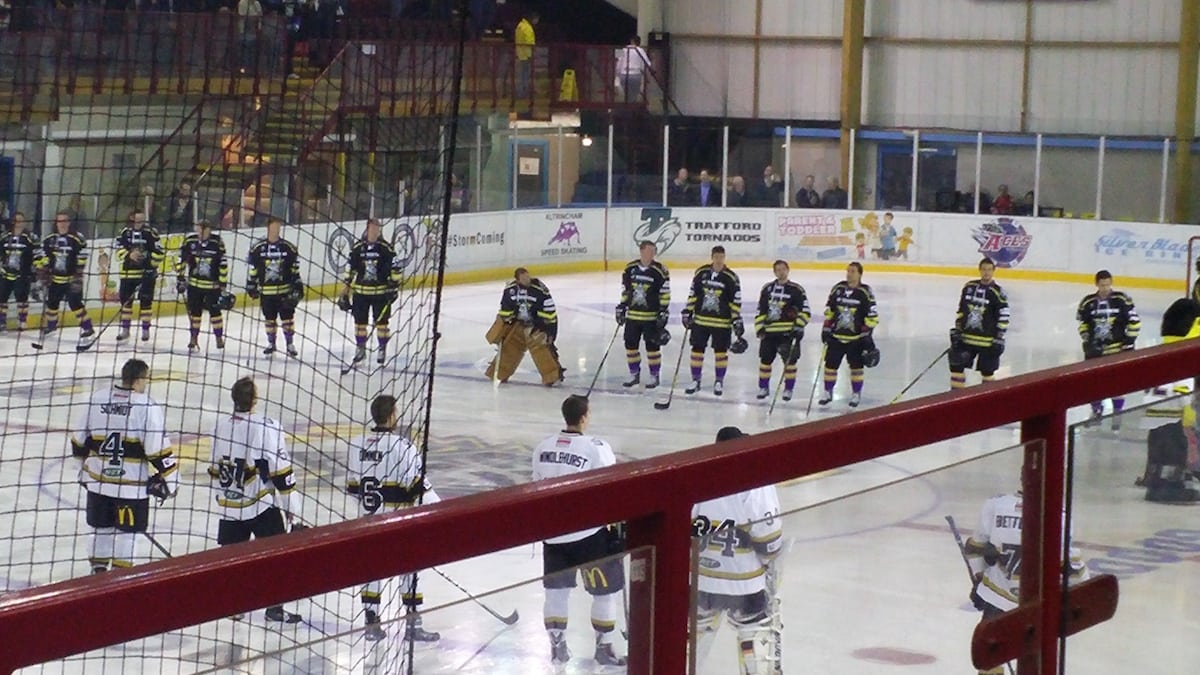 I’ll be honest, I don’t know that much about Ice Hockey. In fact, what I do know, comes from the Mighty Duck films and watching players fight each other on YouTube. But recently, Ice Hockey has tweaked my interest and it’s all because of one team, The Nottingham Panthers.

Britain loves an underdog. Whether it be Eddie “The Eagle” Edwards throwing himself off a ski jump, Leicester City winning the Premier League at odds of 5000-1 or those Jamaican Bobsledders, it’s clear that if you aren’t fancied, the British public will cheer for you. Now, we have another bunch of underdogs (or rather underpanthers) to get behind, in the form of the Nottingham Panthers Ice Hockey team.

As British champions, the Panthers entered the second-tier Continental Cup, which they won, becoming the first British side to win a European trophy in the process. Winning the tournament meant they qualified for Europe’s Premier cup competition, The Champions Hockey League. It’s a bit like winning the Intertoto cup and qualifying for the UEFA Cup, back in the noughties.

The Champions Hockey League is a serious competition. Players from all over the world come to play, including many from the National Hockey League (NHL) in USA and Canada. And The Panthers are doing rather well! They became the first British team ever to win a game in the competition and then amazingly, won 4 out of their 6 group games. Amongst their victories a 4-2 win over 4th seeds, Bern. Think, Barnet beating Barcelona and you’re still nowhere near. These victories saw them qualify for the knockout stages of the competition.

They are now locked in a two-legged, last 16 battle against the mighty Zurich Lions. In 2009, the Lions were the best team on the planet. But the Panthers aren’t the least bit intimidated, despite losing the first leg 3-1 they are still very much in the hunt for a quarter final place. It is an incredible feat, especially since one of the Zurich players earns more than the whole Panthers team combined!

The second leg, is this Tuesday 7th November and is the biggest game in British Ice Hockey history. Can the Panthers pull off the impossible and beat Zurich? I for one, will be tuning in to find out. I want to give enormous praise to all the players, coaches, staff and anyone connected to the Nottingham Panthers. We Brits love this type of story, so thank you and good luck.

If they can pull it off, Ice Hockey won’t have seen an upset this big, since Mighty Ducks 2.