We are witnessing the emergence of one of the players of his generation in Kevin de Bruyne. His impact at Manchester City cannot be understated and he is the on-field leader of Pep Guardiola’s revolution in the blue half of Manchester. Is there a finer central midfielder in the game today? The Belgian is the […] 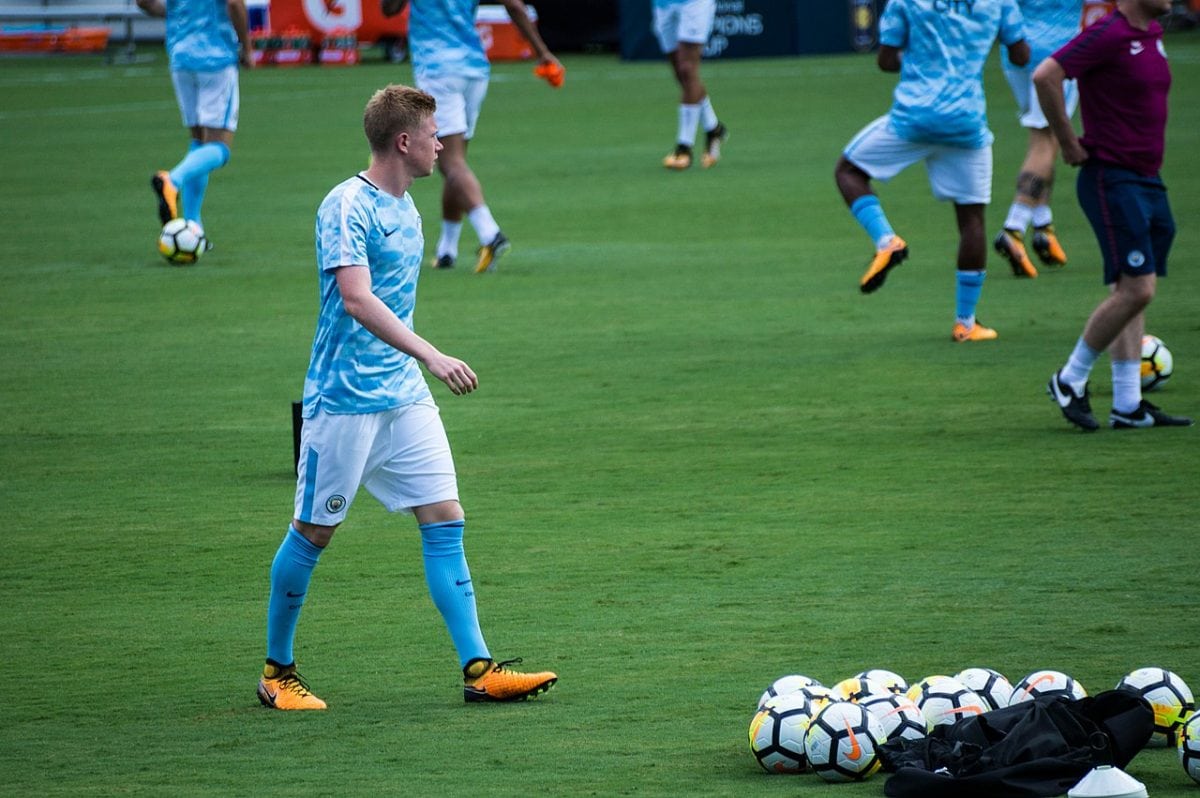 We are witnessing the emergence of one of the players of his generation in Kevin de Bruyne. His impact at Manchester City cannot be understated and he is the on-field leader of Pep Guardiola’s revolution in the blue half of Manchester.

Is there a finer central midfielder in the game today? The Belgian is the almost perfect player in that position. Taking a look at his Premier League output so far this season:

It would be easy to say that Guardiola is the reason for this and the Spaniard has certainly played a big role. Having worked with some of the world’s finest midfield talent in Xavi, Andres Iniesta, Sergio Busquets, Arturo Vidal and Xabi Alonso, it’s fair to say that Pep knows a decent midfielder when he sees one. He wasn’t a bad player in that position himself.

Since de Bruyne signed for City, for £55m from Wolfsburg in August 2015, no player has provided more assists in the Premier League. Whilst that stat is not a certification of quality (an assist is just the final pass before a goal is scored) it does go some way to showing the impact that de Bruyne has had at The Etihad.

Guardiola is building his side around him. Most of City’s play is run through the Belgian, his in-game intelligence proving the perfect outlet for Pep’s vision of the game. Whilst City are starting to look more comfortable at the back – Nicolas Otamendi has played the most passes in the league with 667 and John Stones has played as many as de Bruyne, 555 – de Bruyne is providing the attacking impetus for the side with his range of passing and tireless running from deep.

Whilst he appears to be operating from a deeper role, Guardiola has found the perfect position for him. At times last season, de Bruyne was deployed at wing back. That was no real surprise, since City were woefully under resourced in that position and it made sense to play your most important player in your most important role and de Bruyne could play almost anywhere.

This, however, was not the best way to deploy him. Now, de Bruyne sees plenty of the ball from a central role, with the options of driving forward, stretching play with a more direct approach or building pressure out wide. He is the pivot of this team. The range of his abilities is proven in the numbers: 10 through balls, 56 crosses and 555 passes in total so far this season. He’s involved in all of City’s attacking work.

He sees things in the final third that others don’t, too. The no-look through ball for Leroy Sane against Stoke was a thing of beauty. Stoke had men back, but City had runners. A 10 yard pass played with such perfect weight and angle opened Stoke up like a tin of beans. Sane simply had to roll the ball across the six yard box for Raheem Sterling to finish off the good work. Sane got the assist, but the goal was down to de Bruyne’s genius.

So, is there a better midfielder than de Bruyne right now? He can play from deep like Andrea Pirlo, pick passes like Xavi and threaten in the final third like Iniesta.

He’s the heartbeat of this Manchester City side and I doubt Pep would swap him for anyone. If his reign as City manager is to be a success, de Bruyne will play a key role. There’s no doubt that he’s the best in the division right now. He’s probably also the best in the world.