Sport News 24/7 By Rob McHugh  @mchughr  @TLE_Sport In the summer of 1999, I never thought I would write the following sentence.  Jimmy Floyd Hasselbaink could be a great success as the manager of Leeds United.  I am prepared for the abuse that this may bring, but I genuinely believe it to be the truth. […] 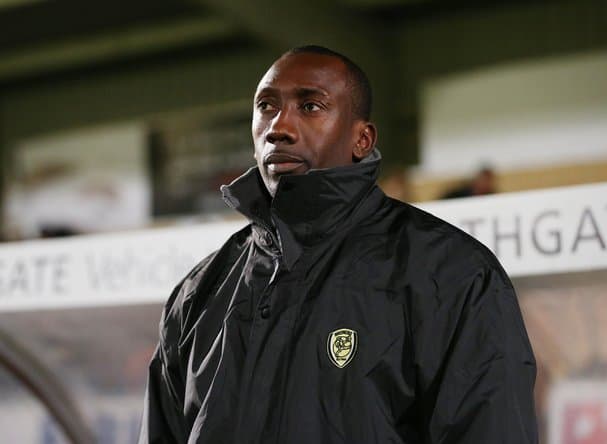 In the summer of 1999, I never thought I would write the following sentence.  Jimmy Floyd Hasselbaink could be a great success as the manager of Leeds United.  I am prepared for the abuse that this may bring, but I genuinely believe it to be the truth.  A man, whose name was tarnished by the acrimonious circumstances surrounding his departure, has been heavily linked with a move to Elland Road to take the poisoned chalice of Head Coach/Manager/Cellino’s personal play-thing.  For me he is the right man for the job at the wrong time.

The first reason has absolutely nothing to do with Jimmy and his agent’s claim to the press this week that Leeds United have made an approach.  Leeds’ head coach for next year should already be decided.  It should be Neil Redfearn, assisted by Steve Thompson who was illogically removed from his position as Assistant Manager during Leeds’ best run of form of the season.  But the chances of Redfearn remaining as manager of Leeds grow slimmer by the day as Cellino appears intimidated by anyone at the club being more popular than he is.  The removal of Thompson, combined with rumours of boardroom interventions around the selection of Mirco Antenucci and the confusion surrounding “injuries” to 6 of Leeds’ summer signings has only served to undermine the good work carried out by Neil Redfearn and leave him teetering on the brink of leaving the club.

Why, though, would Hasselbaink be an excellent choice of manager for Leeds United?  From what I have read of Jimmy Floyd Hasselbaink, the manager, I have been very impressed. He has spoken intelligently in recent interviews, talking about how his experiences as a child, and the trouble he got in as a teenager, have forged the man we see today. He talks of trying to learn from the opponents he comes up against and the need to celebrate the things which English clubs do well, rather than constantly striving to play like Holland or Spain. Hasselbaink also talks about the research he did into Burton Albion, his current club, before accepting the manager’s job. He looked for a club with a good chairman, one who would allow him time to grow as a person, as well as growing the club on and off the field. And this has reaped rewards, with Hasselbaink leading them to promotion into English football’s third tier.

Having painstakingly chosen Burton Albion as the best club to learn the ropes as a manager, I believe Leeds would be the wrong move for him at this stage in his career.  A club with the expectation levels of Leeds can be too much for inexperienced managers to handle at the best of times, let alone with a chairman as prone to changes of opinion as Cellino.  Which is a real shame because Hasselbaink appears to be a grounded person with good tactical knowledge and has achieved some success at the earliest stages of his career.

In a recent interview he declared his love for his players, of having dinner with them and talking to them.  This is an ideal approach for a Leeds team full of young talent.  He was certainly a technically gifted enough player to advise them.  But he also talked of the need to learn to crawl as a manager, before he starts to walk, then run and then sprint. I fear that if he took the Leeds job under the current stewardship, he would have his legs swept from under him before he even had chance to stand upright.