Sport News 24/7 When James Milner netted his first goal on Boxing Day of ’02 to become the youngest player to score in the Premier League there was a palpable sense that the young Leeds lad had a big career in front of him. With 423 appearances in the top tier, 61 caps for England […] 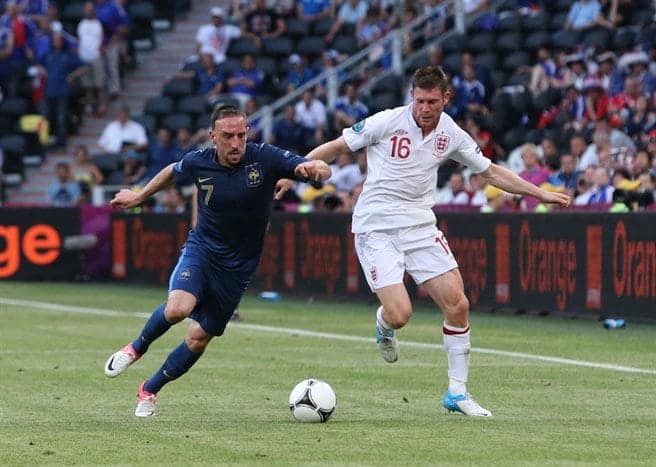 When James Milner netted his first goal on Boxing Day of ’02 to become the youngest player to score in the Premier League there was a palpable sense that the young Leeds lad had a big career in front of him. With 423 appearances in the top tier, 61 caps for England and successful spells at five of the biggest clubs in the country many would say that prophesy has been fulfilled, yet despite what the record books show you sense that he will never be remembered as a Premier League great. So is he underrated, or has he just overachieved?

Part of the reason Milner will never be immortalised is because he’s not a very memorable player. When you think about Thierry Henry you think of sublime long runs and silky skills that would leave defenders in knots. When you think of Peter Schmeichel you think of one handed wonder saves and think of Eric Cantona and you instantly get memories of supreme flicks and karate kicks. But you’d be hard fetched to conjure up memories of Milner that even slightly rival the nostalgia of the aforementioned trio.

That’s not to say that he should go chin a Palace fan to ensure he remains etched in our memories, but when you have a Twitter page based on your mundaneness it really speaks volumes.

I asked Jordan Henderson why he didn’t follow Leroy Fer for the Swansea goal. He said Not now, James. I said Ok, I’ll ask you again later.

So he’s not charismatic or fiery, and he’s certainly not a sexy footballer, but does that make less valuable as a player?

The stats would suggest not. Did you know that James Milner has never lost a top flight game in which he has scored in? In his current spell at left back he has set-up or scored more goals than any other Liverpool player since the start of 2015/16, dwarfing an attacking line-up that includes the likes of Roberto Firmino, Daniel Sturridge, Adam Lallana and Phillipe Coutinho. He is also considerably more valuable statistically than the most expensive player in the World this year, who has scored one and set up a grand total of zero goals for United.

According to Spurs fan Tim Innes one of the main reasons Milner has never shone is because he has never had a position.  “He’s played on both wings, in the middle of the park and now he’s at left back”, Innes says. “You could argue his best spell was at Villa when he was more central,” he added, “whereas at City and Liverpool there have always been better players than him to play in the middle.”

But there’s also an argument to say he has massively overachieved given his pretty limited ability. Part of the reason he will never be a memorable player is because he doesn’t have the calibre to deliver memorable performances. Like Phil Neville, Gareth Barry, Michael Carrick and others who all have extensive careers but will never make a Greatest X11 he is a player who can be depended on for a 7/10 each week, but it’s the 10s that make great players, and he ain’t one of them.