Sport News 24/7 By Charles Briscoe-Knight  @TLE_Sport Imagine this situation:  We come to the last lap of the last race in an excruciatingly long Grand Prix season, and Nico Rosberg leads Lewis Hamilton by the length of  spark plug.  Suddenly Rosberg jinks to the left and Hamilton does the opposite.  Rosberg locks up in a […]

by Joe Mellor
in F1, Sport 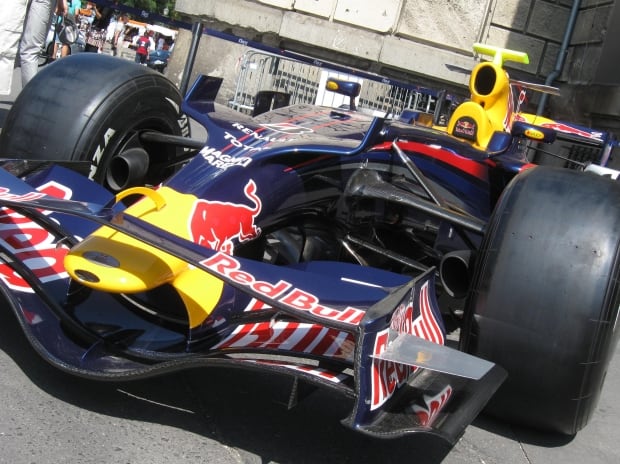 Imagine this situation:  We come to the last lap of the last race in an excruciatingly long Grand Prix season, and Nico Rosberg leads Lewis Hamilton by the length of  spark plug.  Suddenly Rosberg jinks to the left and Hamilton does the opposite.  Rosberg locks up in a blue cloud of Pirelli rubber and spins off, Hamilton clips his rear wing, knocks off his own nose/wing combination which locks underneath his car rendering it almost un-driveable.  Rosberg in a gnats whisker gathers control and spins his car around to re-join the track facing the wrong direction.  He progresses to overtake Hamilton in his ailing Mercedes and win the race.  Hamilton meanwhile is overtaken by Felipe Massa and Daniel Ricciardo in their Williams and Red Bull respectively.  He finishes 4th and off the podium, thereby failing to win the World Championship as a consequence of the double points scheme the FIA invoked this year for this the final race.

Whereupon, three hours later, after personal representations from his manager, his Dad and his girlfriend, but not by his team, Lewis is promoted to third as Rosberg is disqualified for rejoining the race facing the wrong way.  Hamilton is now the 2014 F1 World Champion.

Preposterous?  Perhaps, but could this “worst case scenario” actually happen?  Absolutely.  It is highly unlikely, but this is Formula One, controlled (supposedly) by the FIA and masterminded by the increasingly obtuse and Napoleonic Bernie Ecclestone.

This is exactly the “Hollywood-esque” scenario that the diminutive English F1 supremo has been hoping for.  After years of Sebastian Vettel domination, it is oxygen to the equation of publicity that F1 has craved over the years and perpetuates the iconic “any publicity is good publicity” mantra that exists in sport today and life in general.   Andy Wahol once mentioned that everyone might get “15 minutes of fame.”  Bernie seems to want 50 years.

There can be no doubt that in the years since he took the reigns of F1 he has raised the media bar and hence the public awareness of  what was essentially a “gentleman’s pastime”.   How did the classic expression go in the 1930’s with reference to the Brooklands circuit in Surrey?  “The right crowd and no crowding.”  That concept, doesn’t even apply to Lord March’s Goodwood Festival of Speed today.

So, if mayhem materialises at the denouement of this “Mesmeric Mercedes Season” it will give credence to Ecclestone’s strategy, generating newspaper column inches and TV debate which will continue well into the next season. The result?  More Sky subscriptions and maybe the odd new fan through the gate at an airfield in Northampton.  Watching cars making muffled music 200 yards away which might be seen for 20 seconds, every 90 seconds, 70 odd times!  Its the authentic way of watching the sport but is it the best?  What if I want to see Lewis’s tyres flex in super slow-mo?  I will have to go home and see that on iPlayer or Sky+.  TV, it seems, is the only way to watch F1.

This is becoming a sad truth for almost every successful modern-day sport.   Meanwhile, F1 seems to want to self-destruct, with corporate angst, petty squabbles and unfathomable fiscal arrangements.  Let’s hope in the time between the race in Abu Dhabi and next season’s start in the leafy suburbs of Australia, sense on all sides will prevail.  However to Formula 1, life seemingly does not exist outside the barbed wire of the paddock, so don’t hold your breath.

For more from Charles, visit cbkfoto.wix.com/photography