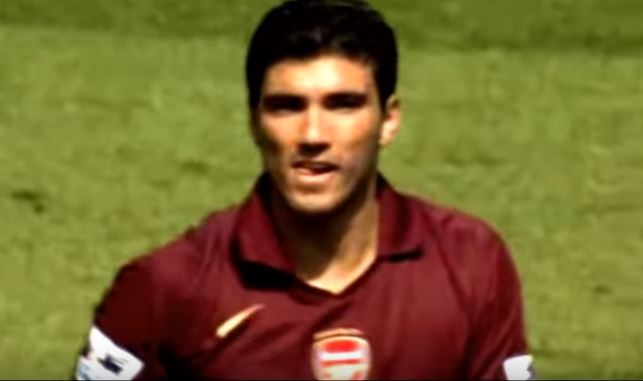 Former Arsenal striker Jose Antonio Reyes has died in a car crash, aged 35, it has been confirmed today.

Arsenal team mate Freddie Ljungberg tweeted: “Numbed by the news about my former team-mate, Jose Antonio Reyes. Gone far too soon, my thoughts are with his family and friends”.

The Spanish striker who died in the car accident on Saturday was just 35 years old.

Reyes was the youngest player to make a debut for Sevilla, playing for the Spanish team aged just 16.

He helped Arsenal make history when then manager Arsene Wenger brought him to the North London club during the legendary 2003-2004 “invincibles” season.

The “invincibles” were undefeated in a record 38 games.

The Spanish striker played his first game for the Gunners on 1 February 2004 in a 2–1 win over Manchester City, and two days later he scored an own goal against Middlesbrough in the Football League Cup.

That month, he netted twice against Chelsea to knock them out of the FA Cup; scored against Chelsea in the quarter-finals of the UEFA Champions League, and his goals in the penultimate two games of the season helped keep Arsenal’s unbeaten run in the Premier League going.

Homesick Reyes returned to Spain after two years, going on to represent the two largest clubs in Madrid, Real and Atlético Madrid, and winning La Liga with the former.

He also had a short loan spell in Portugal with Benfica, re-joining Sevilla late in his career and winning the Europa League three times for a record total of five.

The striker earned 21 caps for Spain, and represented the nation at the 2006 World Cup.

Spanish newspaper Marca are reporting that Reyes was involved in a traffic collision in Utrera, just outside of Seville.

He had been playing in the Spanish second-tier since January after signing a five-month deal with Extremadura.

Tributes are pouring in from the world of football.