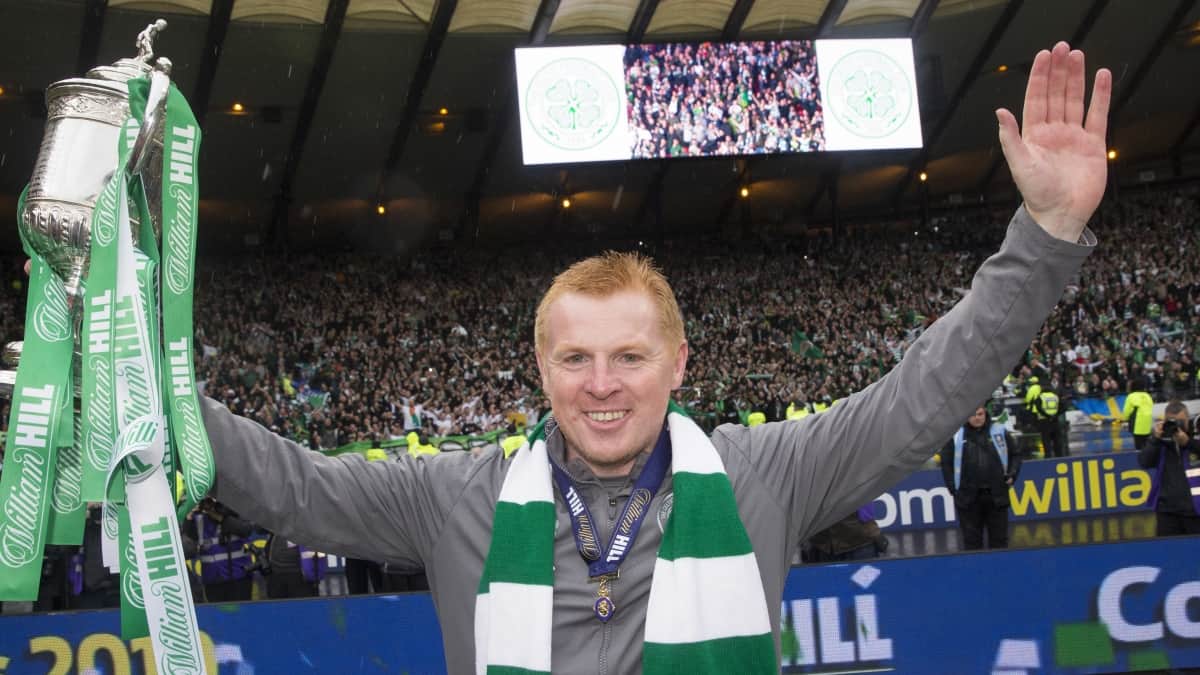 Neil Lennon has warned that his Celtic squad could be even stronger as they gear up for another title defence.

Rangers have made seven signings as they bid to stop Celtic winning a ninth consecutive Ladbrokes Premiership crown but Lennon refused to speculate on whether the competition would be stiffer.

However, he is optimistic that the return of Leigh Griffiths and Kieran Tierney after they missed much of last season, allied with the signing of the likes of Christopher Jullien, can take them forward.

When asked if the challenge would be stronger, Lennon said: “I have no idea. I don’t like making predictions or looking too far ahead.

“I think we have strengthened in areas we needed to strengthen.

“We have the likes of Griffiths almost at full fitness, which we didn’t have the luxury of for a long time. Kieran is nearly fit, who we missed. Tom Rogic, all those have got to come into what we already have. And Mikey Johnston is making great progress.

“So in some aspects we could even be stronger than we were at the end of last season.”

Lennon’s team begin their defence on Saturday against St Johnstone at Parkhead.

He said: “We have asked the players, whether it’s your first title, third title, seventh, ninth, do you have the hunger to go again?

“You can see it in their eyes that they are well set again.

“I always think when you are getting challenged you find a little bit more, and there is no question there are going to be challenges again as we go along.

“Each time people take points off us or beat us it’s little victories for them, and that’s something that we want to avoid.

“But I’m pleased with the balance of the squad and the individual and collective performances so far.

“You are not guaranteed to get everything your own way and winning games is hard. I have said that to the players, they have done it very well, and winning competitions. But that’s in the past now.

“We go into a run of games that’s going to be very heavy and very competitive and I’m asking all the squad to be ready when called upon. Quiet and calm but the focus has been good.

“Hopefully you stay injury-free, you rotate the squad, dip one or two out and keep it fresh and hopefully have a seamless replacement. And try to find consistency early.

“I always felt when I played you didn’t really hit the straps until September, two or three games into the season. We have had four competitive games already and fitness-wise and the mentality of the team at the minute has been very good. They have given me everything I have asked of them so far.”

Saints lost three of their four Betfred Cup games but Lennon is not writing off Tommy Wright’s side.

“They are a tough nut to crack and over the years they have given us very difficult games, as they have done with a lot of teams. I expect it to be no different.

“He always has something, a way of playing or a way of trying to contain you, Tommy.”