Massimiliano Allegri, Mikel Arteta and Patrick Vieira are among the names in contention. 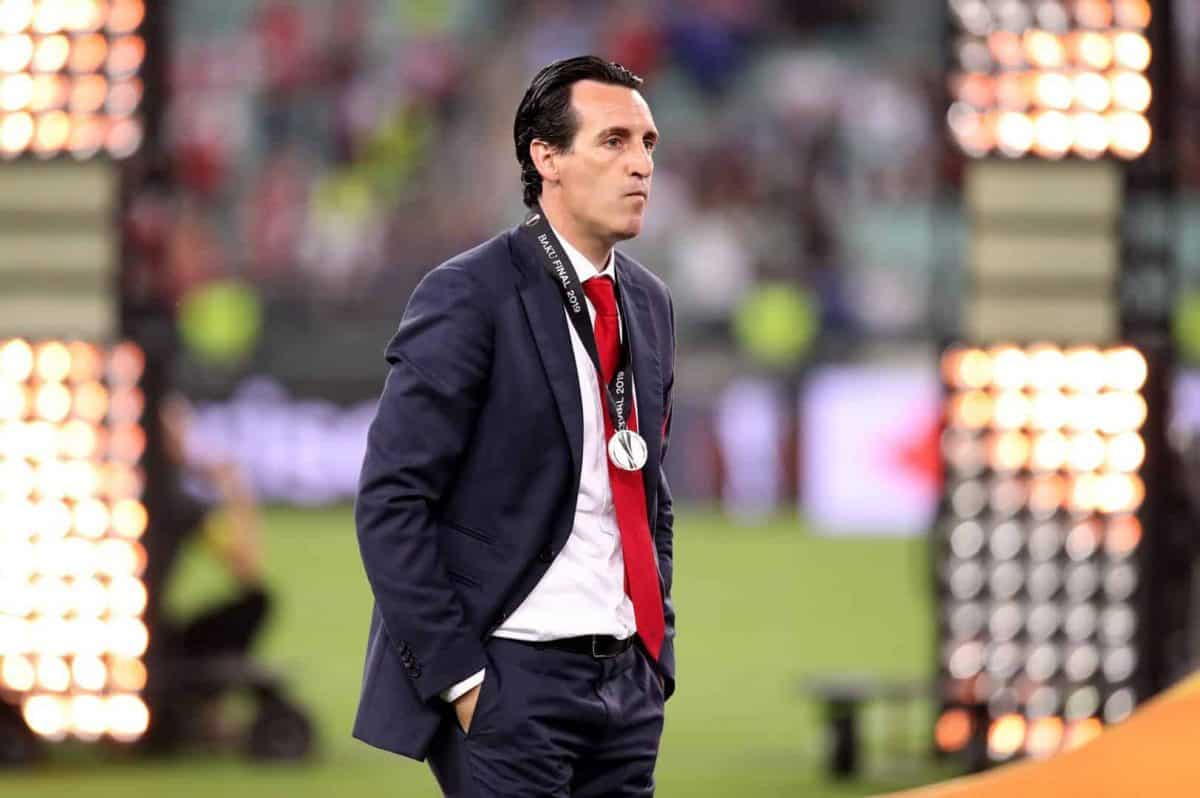 Unai Emery’s departure from Arsenal was announced on Friday morning just 18 months after he joined as coach.

The former Valencia, Sevilla and Paris St Germain coach took over from Arsene Wenger in May 2018 and had big boots to fill, replacing the longest-serving and most successful in the club’s history, a manager who transformed the North London club between 1996 and 2018.

Emery was unable to turn Wenger’s recent failures to qualify for the Champions League round, and losing at home against Frankfurt in the Europa League on Thursday in a run of seven games without a win appears to have been the last straw.

Who will replace Unai Emery as Arsenal manager?

The London Economic was with local Labour MP, Arsenal fan and would-be Prime Minister, Jeremy Corbyn, when the news broke of Emery’s sacking. Asked who he would pick, the Labour leader refused to be drawn and ruled himself out, adding: “I am afraid I won’t be going for the job right now as I am rather busy at the moment.”

So who does that leave?

These are the names that have been linked with a possible move to the Gunners:

The former Sweden international has worked as an assistant to Emery, after being promoted during the summer from his previous role as the manager of the club’s under-23 side.

That experience means he knows all about the promising crop of youngsters emerging through the ranks and he could be tasked with replicating the early work done by Frank Lampard at Chelsea in bleeding those precocious talents in the first-team.

The Wolves boss was initially linked to the Arsenal post as pressure on Emery began to mount during a string of poor results.

The Portuguese transformed Wolves’ fortunes, bringing the West Midlands club back to the Premier League and then qualifying for the Europa League at their first attempt. Wolves have been a formidable opponent for most Premiership teams, playing with a style and panache, Arsenal fans would love to see at the Emirates.

Santo, 46, has previous experience of managing at Valencia and Porto but did not enjoy lengthy, successful spells with either and his credentials at a top club remain untested.

Former midfielder Allegri has won a glut of trophies as a manager.

The 52-year-old Italian club boss left Juventus at the end of last season having delivered the Serie A title in every one of his five years reign, also claiming four Coppa Italia winners’ medals and losing in two Champions League finals.

Allegri would certainly be seen as a signal of intent from the Arsenal owners – but could he be tempted into a rebuilding job, or is he waiting to take over at a club ready-made to add more silverware to his CV?

Arteta made more of a name for himself than Allegri on the pitch, as a ball-playing midfielder and was a popular player with the Gunners before hanging up his boots in 2016 after five years at Arsenal.

He has yet to sample life as a head coach since leaving the Etihad unexpectedly, but his appointment would be very welcome by Arsenal fans given his connection to the club and his part in Man City’s stellar success.

Another Arsenal legend, and the captain of Arsenal’s unbeaten ‘Invincibles.’ Viera is still adored by supporters.

He has been steadily building up to such a job having managed Manchester City’s reserves and New York City before taking his current post at Nice last summer.

Vieira guided the club to seventh in Ligue 1 in his first season at the helm. If Arsenal are prepared to take a punt on club legend without as much top-flight managerial experience, a return to the club where he won three Premier League titles and three FA Cups could be too tempting an opportunity to resist.

The former Spurs manager wouldn’t have to travel far for a move to Arsenal. Despite the terrible run this season that saw Poch replaced by Jose Mourinho (another name that had been linked with replacing Emery) 24 hours after his departure, Tottenham had enjoyed a transformation in recent years. Pochettino had helped Spurs finish above the Gunners in the Premier League and transformed their style of playing before a recent terrible run of form.

However moves between the North London rivals have been fraught and Pochettino may well be more likely to be found working on a farm that at the Emirates, according to his previous pronouncements on club rivalries.

Last year he was reported saying: “I am never going to be manager of Barcelona or Arsenal because I am so identified with Tottenham and Espanyol.

“I grew up in Newell’s Old Boys and will never manage Rosario Central. That is my decision because I prefer to work on my farm in Argentina than in some places.”

Failure to get into Champions League

After 19 consecutive seasons in the continent’s elite competition, Wenger’s final campaign saw Arsenal compete in the Europa League after falling out of the Premier League top four. The Gunners would have been hoping it would prove a one-off, but Emery’s first year was also spent in the second-tier tournament, a competition he won three years in a row while at Sevilla, and returning the club to the Champions League was key if he were to be deemed a success. The Spaniard came very close, finishing a point behind the top four and losing the Europa League final to Chelsea – but a third season in the tournament, with no suggestion of progression, will not have helped Emery’s cause.

Failure to sort out Arsenal’s lapses in defence

Wenger’s side conceded more than their top-six rivals in his last two Premier League games at the helm and the back line was identified as the main area requiring an overhaul after the Frenchman’s departure. Goalkeeper Bernd Leno, as well as defenders Sokratis Papastathopoulos, Stephan Lichtsteiner, Kieran Tierney and David Luiz have been added to the squad since Emery’s appointment, but the defensive problems have persisted.

That porous rearguard has meant addressing a miserable head-to-head record against Arsenal’s main Premier League rivals. While the odd good result against such foes at the Emirates Stadium have been notable highs – including wins over Tottenham, Chelsea and Manchester United in Emery’s maiden season – the away record is an aberration.

Since a 2-0 victory at Manchester City in January 2015, Arsenal’s record in Premier League away games against City, Spurs, United, Chelsea and Liverpool is appalling – they have won none of the last 24 games, losing 15 and drawing nine. That record spans the last years of Wenger’s tenure as well as Emery’s first season and the start of the current campaign and highlights just how deep-rooted the issue is.

It is not only against the sides considered their immediate rivals where Arsenal have come unstuck in recent years. Their general away record has been one of relegation candidates rather than top-four contenders for some time. Victory at Newcastle on the opening weekend of the season was Emery’s only success on the road so far this season. A 2-0 defeat at a rejuvenated Leicester before the international break again highlighted how far off the pace the Gunners had dropped. Having overseen seven away wins last year (compared to four in Wenger’s last year) it seemed the Spaniard had found a solution – but abject displays at Liverpool and Sheffield United, as well as surrendering a two-goal lead to draw at bottom club Watford, now suggest otherwise.

This was arguably the hardest task facing Emery. He was afforded goodwill before a ball had been kicked under his stewardship, especially by the growing number of supporters who had been calling for Wenger’s head for some time. A 22-match unbeaten run during the 2018/19 season helped but also masked a number of issues within the side and cracks began to appear with supporters growing weary of Emery’s tactical approach.

This season it has become worse, banners already emerging and Twitter hashtags trending calling for ‘Emery Out’ while the team have been jeered off on more than one occasion as those who defend the former Paris St Germain boss start to be shouted over. The decision to appoint Granit Xhaka as captain only caused further unrest, as did the fallout from the Switzerland midfielder’s high-profile spat with the Gunners supporters after he was hauled off against Crystal Palace – another game which saw Emery’s side throw away a winning position.