Jobless Paul Mitchell, 27, was arrested after the shocking attack was captured on live TV during the Championship clash on Sunday 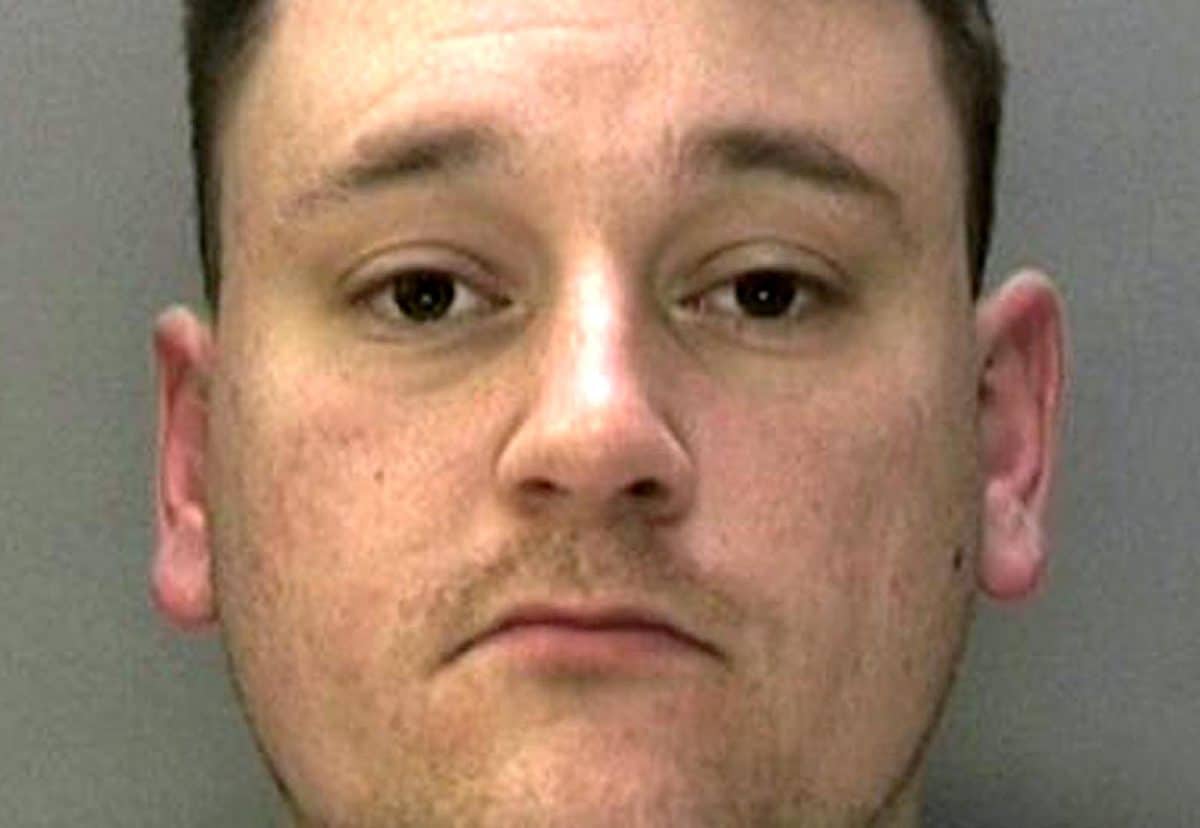 A football hooligan jailed after running onto a pitch and punching Aston Villa star Jack Grealish has boasted that prison was “the best month of his life.”

Jobless Paul Mitchell, 27, was caged for 14 weeks following the shocking attack on the Villa captain during the Second City derby on March 10.

He later admitted charges of assault and encroachment onto the pitch and was sentenced at Birmingham Magistrates’ Court the following day.

Today (Tue) the swaggering yob bragged about being released from jail last Monday (8/4) – just FOUR WEEKS into his prison term.

Speaking from his flat in Rubery, Birmingham., unrepentant Mitchell refused to apologise to Grealish for the attack and added: “It was the best month on my life.”

“Of course I’m glad to be out.

“It was the best month of my life. It was hard being away from my family but everything was good.”

When asked whether he regretted his actions, he said: “I’m not prepared to discuss that. I’m not apologising for nothing.”

Neighbours also confirmed Mitchell was now a free man but his local pub have told him he “would not be welcome” back there.

A member of staff at the New Rose and Crown, Mitchell’s nearest pub, said: “Paul Mitchell used to drink here until just before it happened.

“We haven’t seen him since, but he probably wouldn’t be welcome. We have a lot of football fans here.”

A neighbour, who did not want to be named, confirmed she had seen Mitchell in the building in the last week.

She said: “Yes he is out of prison. I don’t want to comment on what he did.”

The shocking incident was the captured on live TV during the Championship clash between Villa and Blues last month.

Ex-pub manager Mitchell sprinted onto the pitch in the 10th minute of the match at St Andrews and poleaxed the midfielder before being surrounded by stewards.

Grealish, who was knocked to the ground after Mitchell swung a punch from behind, went onto score the only goal of the game.

The yob appeared before magistrates the next day, where he was jailed and ordered to pay £100 compensation to the footballer.

Chair of the bench Alison Fisher told him: “This was an unprovoked attack on a footballer who was simply doing his job.

“It was a single punch but with enough force to knock Mr Grealish to the ground.

“This type of behaviour is unacceptable, a view shared by your own football club, who have banned you for life.

“Mr Grealish has stated he was shocked and scared and feels lucky it wasn’t worse.

“There was over 23,000 fans were in attendance and the incident was broadcast live across the country.

“Due to the nature of this incident, the court must send a message to fans that players like Jack Grealish are entitled to protection.

“This offence is so serious, we are sending you to prison for 14 weeks.

“We are giving you a football banning order for ten years.”