His barrister said the issue was whether he had to drive to escape armed thugs who robbed him "minutes before.

by Tony Whitfield
in Football 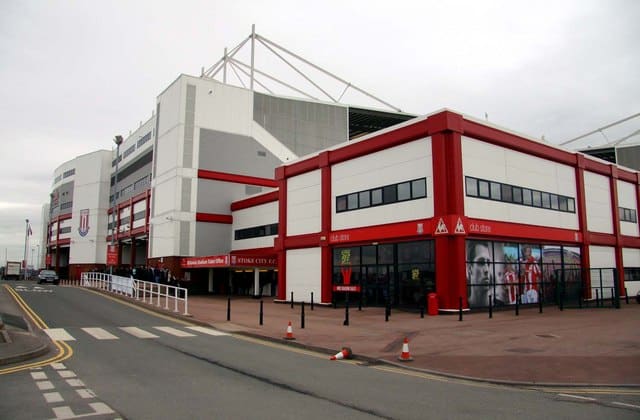 Former England Under-21 striker Saido Berahino was escaping ‘from men with knives’ when he drove his car while three-times over the drink limit, a court heard.

The Stoke City and former West Brom star denies drink-driving back in February and his barrister said the issue was whether he had to drive to escape armed thugs who robbed him “minutes before.”

Berahino was arrested in the early hours of February 18 outside VQ restaurant in Bloomsbury, central London.

He was found by officers at the side of the road in his matte black Range Rover at around 3am.

His barrister Garry Green told Highbury Corner Magistrates’ Court that the Crown Prosecution Service had only handed over the CCTV footage this morning and he wanted to check the clip for signs of knives.

He said: “The officer in the case details what he says occurs from three different cameras.

“They show this defendant being chased, falling to the ground and being attacked while on the ground.

“An officer said previously he could see knives on the CCTV.

“I have not had an opportunity to see if I can see that and whether we would want to have that footage enhanced.

“It clearly goes to the issue of his state of mind and whether he thought he should drive.”

Prosecutor Katie Weiss said: “We served CCTV evidence on the defence this morning – unfortunately rather late.

“It was only uploaded to our system yesterday. The defence received a hard copy, a disc, today.

“It should have been done before but it wasn’t.”

Mr Green said: “May I respectfully say it’s a most unsatisfactory state of affairs.

“The issue in this case is whether or not this defendant had to drive his car as a necessity.

“The background of the necessity being – and it’s accepted by the prosecution – that he was robbed some minutes before his vehicle was drive.

“There is no dispute he was robbed and that robbery is caught on CCTV.”

Mr Green asked for just under an hour to watch the footage with the footballer.

Berahino was breathalysed at the scene and the reading showed that he had 103 microgrammes of alcohol in 100ml of breath.

The drink-drive limit is 35 microgrammes of alcohol in 100ml of breath.

Berahino, who was born in Burundi but received political asylum in Birmingham while still a child, was temporarily suspended by Stoke after the arrest.

His contract with the Championship club runs until 2022.

Berahino, of Cannock, Staffs, denies one count of drink-driving.

The trial is expected to start later today.

© Copyright Steve Daniels and licensed for reuse under this Creative Commons Licence.