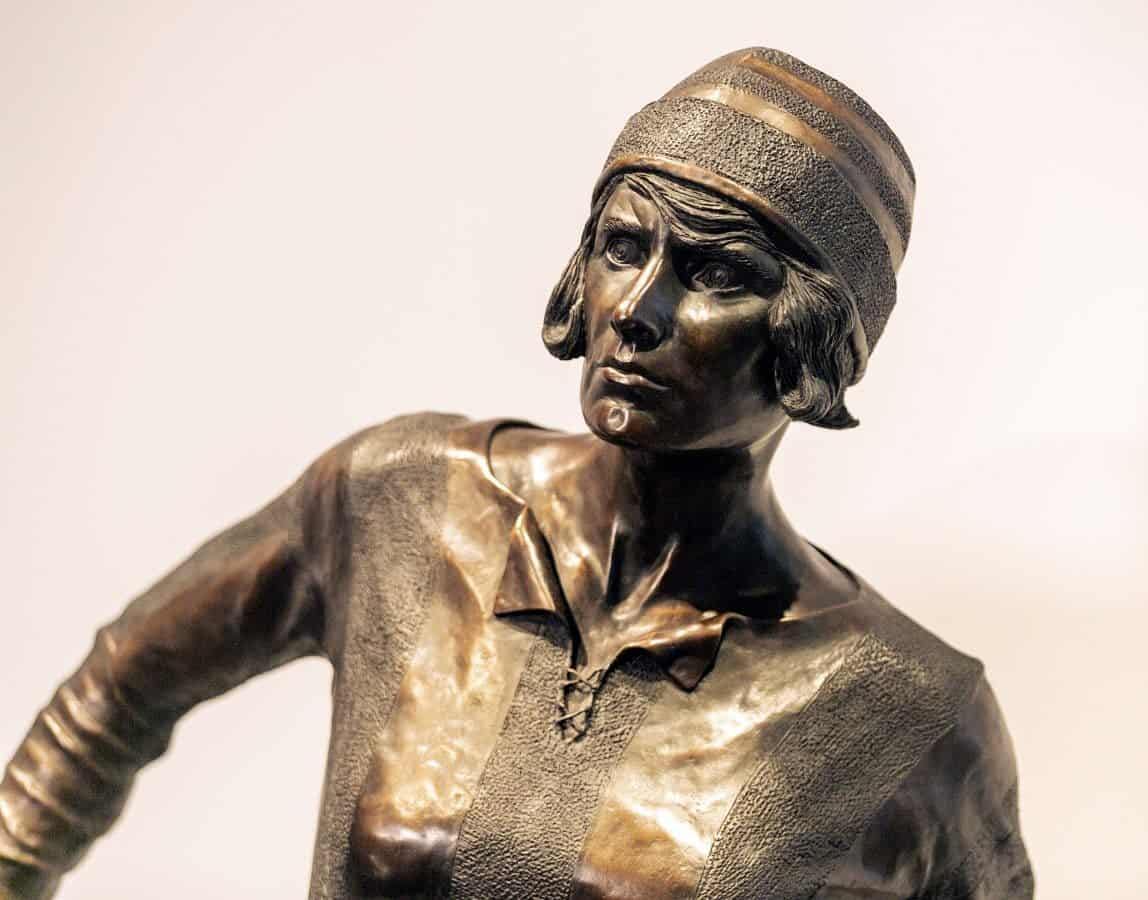 A statue has been unveiled of soccer star, Lily Parr – considered the greatest female footballer of all time.

Born in 1905, Parr pioneered women’s football in Lancashire – playing for the Dick, Kerr munitions factory team – and scored 900 times over her 32-year career.

She was part of a side which drew thousands of spectators during, and after, the First World War and featured in the side’s 1920 tour of France.

She also played in front of a record crowd on Boxing Day that same year, helping Dick, Kerr defeat St Helen’s Ladies in front of 53,000 fans at Goodison Park.

The statue has been placed at the National Football Museum in Manchester – just 25 miles from her hometown of St Helens.

Parr became the first female player to be inducted into the National Football Museum Hall of Fame in 2002.

The bronze statue, created by sculptor Hannah Stewart, has been commissioned by FA sponsors Mars as part of the #SupportHer campaign.

Speaking about the importance of Lily Parr as a female figure in football, Chief Executive of the National Football Museum, Tim Desmond, said: “As the first female inductee into our Hall of Fame, we’ve been familiar with Lily Parr’s story for many years.

“We’re of course delighted to have been given the opportunity to display her statue at the museum to coincide with the launch of the Women’s World Cup and our strategy to rebalance our collection and increase representation of women in football to 50%.”