Officials at the Old Trafford club have discussed a deal for Christian Eriksen, but the Tottenham playmaker is understood to favour a move to Spain. 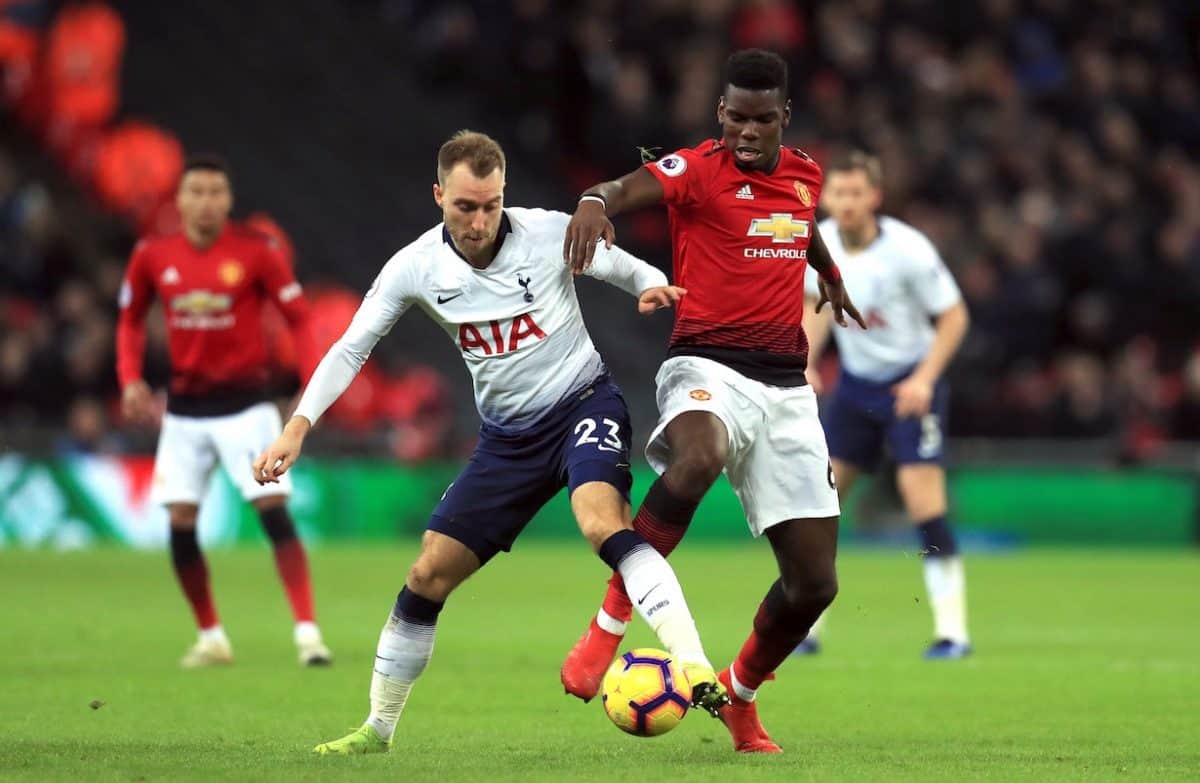 Manchester United have been monitoring the Dane’s situation for some time.

PA understands that United explored a deal for Eriksen, whose contract with the north London club only has one season to run.

The Old Trafford giants have been long-time admirers of the 27-year-old, who indicated earlier in the summer that he was ready to “try something new”, but the Denmark international is believed to have set his sights on a switch to Real Madrid.

Discussions have come to an end so it looks unlikely that Eriksen will be heading to United, and time is running out if they are to add to their squad before Thursday’s 5pm deadline.

Talk of a move for former Spurs striker Fernando Llorente is understood to have come as a surprise to those behind the scenes at Old Trafford, while it remains to be seen how the collapse of a swap deal involving Paulo Dybala and Romelu Lukaku impacts any move for Juventus frontman Mario Mandzukic.

Wantaway striker Lukaku has dominated the agenda in recent days, just as he has for most of the summer.

Day 2 of a transfer soap: Romelu Lukaku is still training with Anderlecht today. With Man United refusing to comment.

Eyebrows were raised when he was pictured training with boyhood club Anderlecht at the start of the week.

United’s players had a day off on Monday, and the club declined to comment about Lukaku’s ongoing presence at the Belgian club on Tuesday amid reports they had expected him back.

Notwithstanding the Lukaku situation, manager Ole Gunnar Solskjaer is understood to be largely happy with his squad.

Harry Maguire to #MUFC ✔️ Six-year deal with the option of a further year. £80 million. The most expensive defender in history pic.twitter.com/6tQibCNFgM

Harry Maguire, Aaron Wan-Bissaka and Daniel James have all arrived over the summer, and the Norwegian has been impressed by the development of the club’s young players during pre-season.

Teenager Mason Greenwood is in line to feature against Chelsea after being omitted from the under-21s’ EFL Trophy opener at Rotherham on Tuesday – a match in which Angel Gomes, James Garner and Tahith Chong impressed.

The quartet will surely have roles to play in the first team this season, although PA understands loan moves are on the cards for some young players.

Questions remain over the future of experienced players like Matteo Darmian and Marcos Rojo, but ongoing transfer windows elsewhere in Europe could offer exit routes.