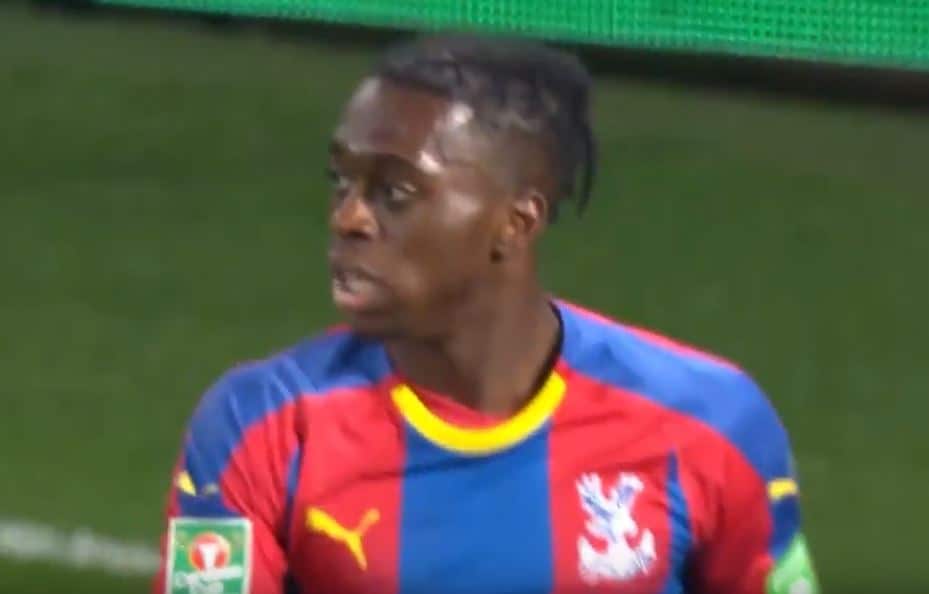 A football hooligan who threw a bottle of beer at Crystal Palace star Aaron Wan-Bissaka is being hunted by police.

The defender was struck on the shoulder by the flying bottle but was uninjured during a home game against Newcastle United.

Aaron Wan-Bissaka made three important tackles in the match which ended 0-0. 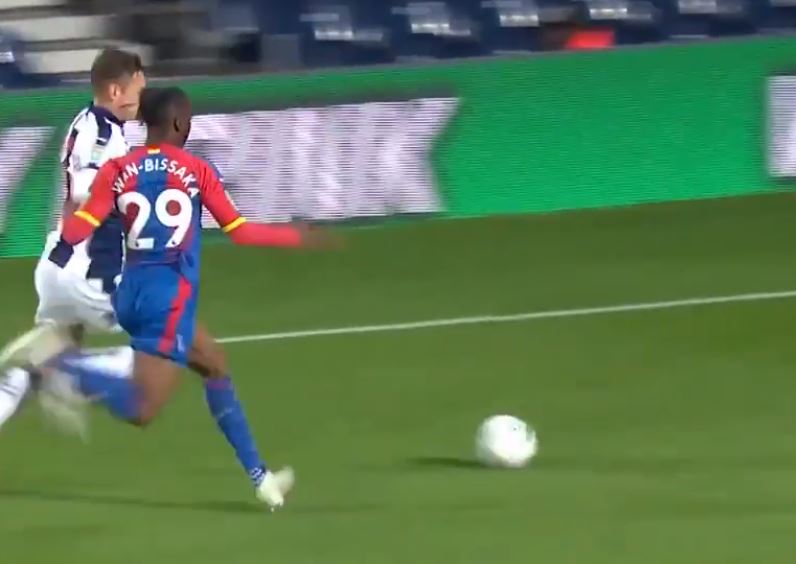 A fan in the away section at Selhurst Park, south London, launched the beer bottle during the ill-tempered game on September 22 – which ended 0-0.

Police have released these two photos of someone that they want to talk to in connection with the incident.

A Met Police spokesman said: “Police investigating disorder at the Premier League match between Crystal Palace and Newcastle on Saturday, 22 September have released an image of a man they would like to identify.

“During the match, a bottle was thrown on to the pitch towards the players.”

Scotland Yard confirmed the Under-21 England player was involved and a spokesman added: “We believe that Wan-Bissaka was hit by the bottle during the match.”

The Crystal Palace defender was not hurt by the projectile.

The travelling supporters at the game at Selhurst Park were fractious at Mike Ashley’s first appearance at a Newcastle game since May 2017 and launched sustained chanting against his stewardship of the Tyneside club.

The Metropolitan Police’s appeal comes after the Chelsea and Manchester City game on Saturday was marred after Raheem Sterling was racially abused by a home fan.

Met Police officers spoke to Sterling as they investigate claims the Manchester City star was called a ‘f****** black c***’.

And Tottenham are facing a Football Association investigation after one of their supporters threw a banana skin at Arsenal player Pierre-Emerick Aubameyang.

The striker had scored the first of his two goals two Saturday’s ago on December 2 when he was targeted by travelling fans at the Emirates Stadium in north London.