Rangers manager Steven Gerrard has warned potential suitors of Alfredo Morelos to move quickly or not at all. Morelos was not among the 23 players who featured in a 5-0 Ibrox friendly win over Oxford on Sunday, but he watched from the stands and Gerrard revealed the Colombian would be in his squad for Tuesday’s […] 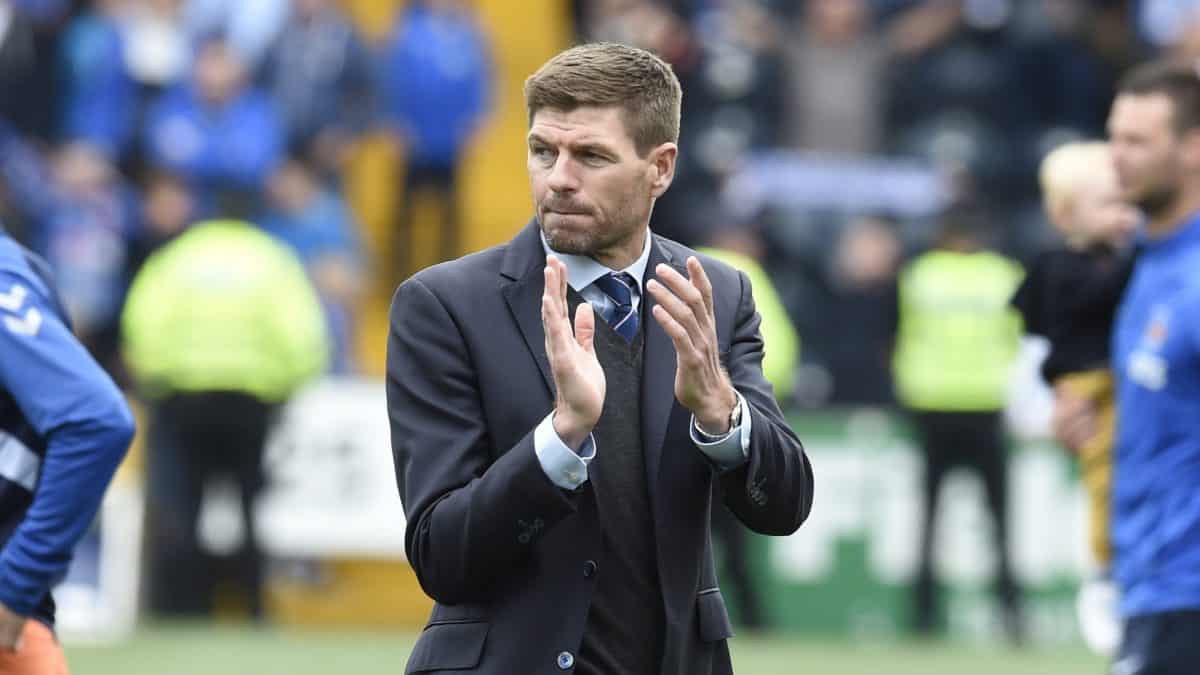 Rangers manager Steven Gerrard has warned potential suitors of Alfredo Morelos to move quickly or not at all.

Morelos was not among the 23 players who featured in a 5-0 Ibrox friendly win over Oxford on Sunday, but he watched from the stands and Gerrard revealed the Colombian would be in his squad for Tuesday’s Europa League opener against St Joseph’s in Gibraltar following a minor groin injury.

The striker signed a new contract until 2023 in March, but speculation over his future has not let up and Crystal Palace were the latest club to be linked with the 23-year-old, who netted 30 goals last season.

Gerrard said: “He’s had an injury and he’s recovering from his injury. He trained really well today on his own and he’ll be in the squad to travel on Tuesday.

“I can’t control the speculation, but as a club we haven’t got a decision to make because a bid hasn’t come of any sort.

“Does anyone want Alfredo Morelos? I don’t know, I can’t answer that question, but if they do they best bring a really, really big offer.

“If he did end up going he would be impossible to replace with days or weeks to go in the window. We don’t want to sell him, but you know and I know that every player has a price.

“I’m not going to sit here and say he’s not going out the door because if a bid lands that the board like and want to accept, it’s a completely different conversation. But that hasn’t happened. There hasn’t been one single bid.

“If teams are planning on waiting until days or the last week of the window, they are wasting their time.”

Summer signings Greg Stewart and Sheyi Ojo were on target against Oxford and Gerrard is still looking to do more business himself.

“A lot of teams have just started back, so we will see how the next couple of weeks progress,” he said. “There will be a few more additions, but it’s difficult to say whether it will be one, two or three.”

Gerrard hopes Ryan Kent is among that group, but there are no talks ongoing over a second loan move for the Liverpool winger.

“The only way we will have a conversation is if Liverpool phone us and tell us he is available for loan,” he said.

Loan moves for Ryan Hardie and Glenn Middleton have stalled after managerial departures at Blackpool and Doncaster respectively, while Gerrard stressed that Ross McCrorie’s switch to Portsmouth, was temporary despite reports the Sky Bet League One club have the option to buy the midfielder.

“We want him to go and get 40-50 games and be a mainstay in a team where he can develop and come back and be a better player,” Gerrard said.

“There is nothing in that deal for him to sign for Portsmouth long term, he is our player and will be for many years.

“He said to me he’s desperate to be a starter every single game, he finds it hard being a squad player, so together we have found the right solution.”