Nketiah bagged a goal on his Leeds debut but chants marred game. 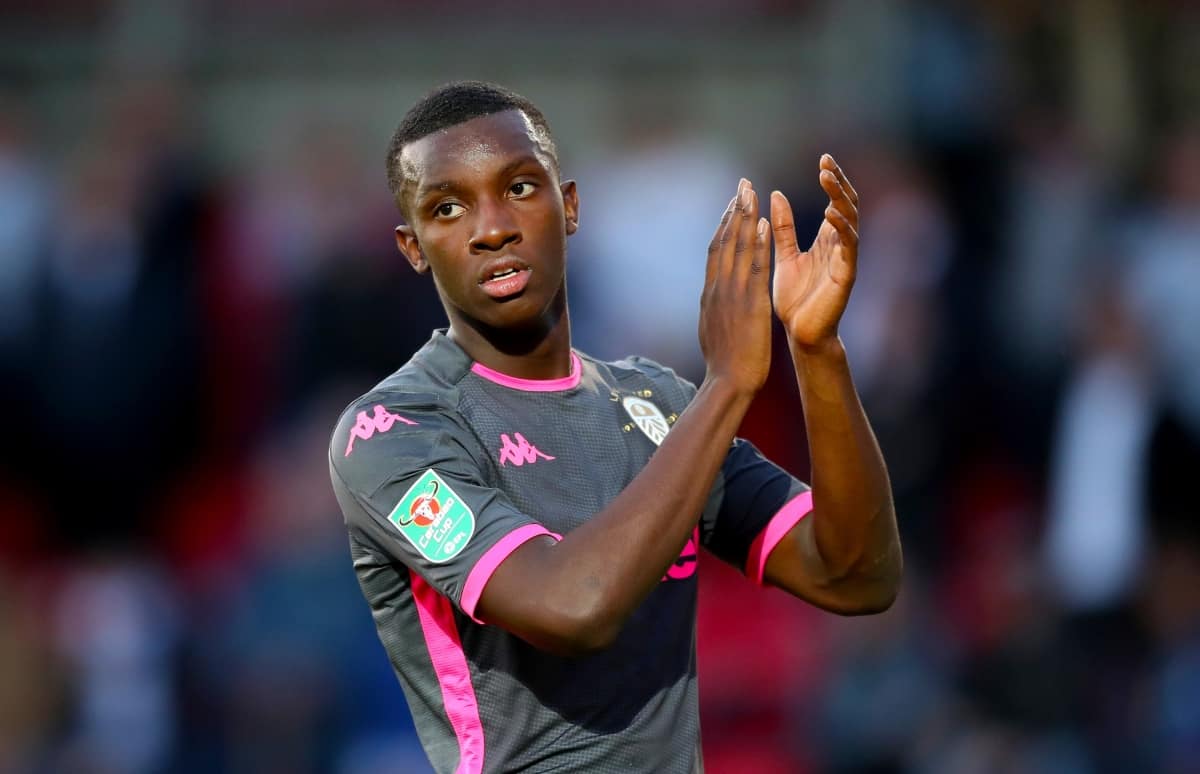 Loan singing Eddie Nketiah is confident he can perform to a high standard at Leeds after making a flying start to life at the Championship club, who are pushing for promotion, again, to the top flight.

The Arsenal striker, who joined Leeds on a season-long loan last week, scored 43 minutes into his debut as the Yorkshire side won 3-0 at Salford in the Carabao Cup.

However, fans of both teams were blasted for singing songs about Jimmy Savile during the game, which Sky Sports apoligised for.

Salford fans began singing about Leeds-born Savile, who passed away in 2011. Leeds fans responded with their own song about the disgraced former star.

Sky Sports’ commentator said: “Apologies if you were offended by anything you heard in the last few minutes.”

Football fans took to social media after hearing the chants to voice their concern.

One fan wrote on Twitter: “Watching Leeds Utd Vs Salford on TV and the SJS chants have started (as usual) and the commentator has just said ‘I apologise if you are offended by what you’ve just heard’.

Back to the game itself andn Gaetano Berardi and Mateusz Klich were also on target in the second half as Leeds finally wore down the impressive League Two newcomers at the Peninsula Stadium, but it was Nketiah who took the plaudits.

“It is nice for my confidence,” said Nketiah. “It was good for me but the more important thing was the team getting the win.

“It was nice to get out there and get into a rhythm and I am sure there will be more to come.

“I know the history and tradition of the club. I’m coming from Arsenal, so I’m used to being at a big club, but that bit of pressure and expectation, hopefully I can thrive off it and I can continue to do well, work hard and help the team as best as I can.”

Leeds boss Marcelo Bielsa felt his side were not at their best.

He said: “We had a normal performance. You can’t say we played bad but we didn’t play well. We increased the tempo in the second half and then we improved.

“We could have scored from more situations but at the same time we received (conceded) more chances than we wanted to receive.”

Salford boss Graham Alexander felt his side could hold their heads high despite the result.

It was another high-profile occasion for the fast-emerging club, who entered League Two this season after a rapid rise up the football pyramid.

Alexander said: “Seeing a club the size of Leeds coming to us in the same competition is a great marker point for us as a club.

“The players can be proud of the themselves. We stuck to the gameplan and the discipline shown by the players was excellent.

“Quality told in the end but without a shadow of a doubt we competed and had opportunities.

“I thought we opened them up and really took it to Leeds. On another day we could have had one or two goals.

“We wanted to win. We gave it our best shot but didn’t get the result.”