Matt Ritchie has expressed surprise at the ongoing unrest on Tyneside as fans prepare to boycott Sunday’s Premier League opener against Arsenal.

by Jack Peat
in Football 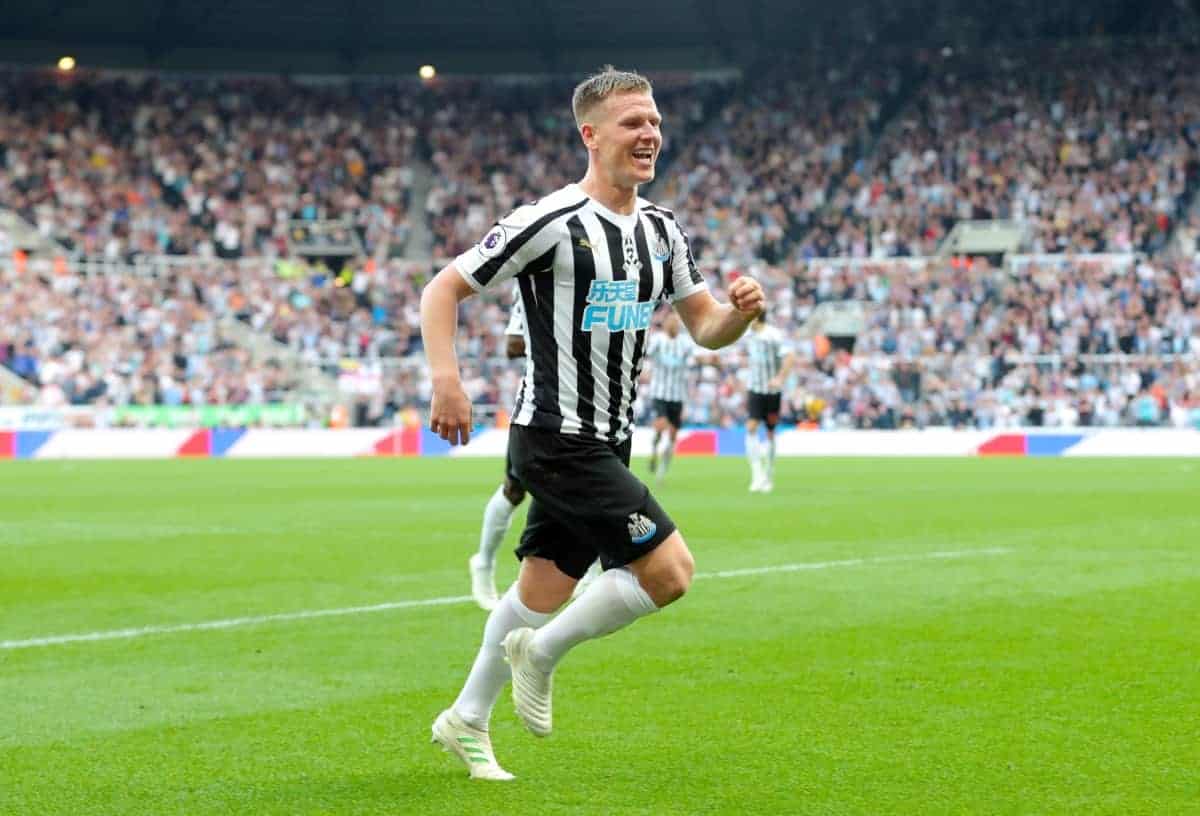 The 29-year-old Scotland international, who has become a crowd favourite since his £12million switch from Bournemouth in July 2016, has called for a sense of realism over controversial owner Mike Ashley’s ability to provide financial backing for the club.

Ritchie told talkSPORT: “I don’t understand the unrest, I’ve got to be honest.

“The club has gone out and spent money, we’re pushing and trying to compete with the teams we can compete with and you have to be real – to compete at the top of the Premier League now is mega, mega money.

“The owner has been honest in interviews in the press and has said he can’t go and compete with them. He’s been up front about that and to do that he’d have to sell the club.”

Ashley has found himself in the firing line once again in recent weeks, with manager Rafael Benitez having turned down the offer of a contract extension after failing to get the assurances for which he was looking over the club’s ambition.

Benitez was followed through the exit by Ayoze Perez and Salomon Rondon, who provided the bulk of last season’s goals between them, and although new head coach Steve Bruce – whose appointment did little to quell the mounting dissent – has been allowed to sign Joelinton, Allan Saint-Maximin and Jetro Willems since, the mood remains volatile.

Indeed, a series of 10 supporters’ organisations have banded together to co-ordinate protests ahead of the Arsenal game, with fans been urged to stay away to show their displeasure.

Joe Halliday, a spokesperson for one of the groups, Empty for Ashley, said: “It’s time for Mike Ashley to sell our club to a party that wants to take it forward – and it’s time for supporters who agree to take a united stand against him.

“As a collective of 10 groups, we are absolutely committed to a sustained, coordinated and long-term campaign with the sole objective of driving Mike Ashley out of Newcastle United Football Club. Boycotting the Arsenal match is not a one-off and Mr Ashley needs to understand that this will not blow over.”

However, Ritchie said: “For me, we all have to be in this together.

“There has been unrest ever since I arrived at the club and the main thing I took from Bournemouth – and I know it’s a smaller club, but everyone was pulling in the same direction with the same philosophy and mentality and desire to help one another.

“That’s what we need to be here: the fans, the staff and the players all as one and pulling in the same direction. That’s something I’m really passionate about.

“I feel if we’re all this in this together, we can be a lot stronger. We need the fans to support the team and be with us.”