Midfielder Andre Gomes admits moving to Everton freed him from the pressure of playing for Barcelona and he hopes he can now flourish having signed a permanent deal. The 25-year-old spent last season on loan at Goodison Park after making 72 appearances in two years at the Nou Camp, half of which were as a […] 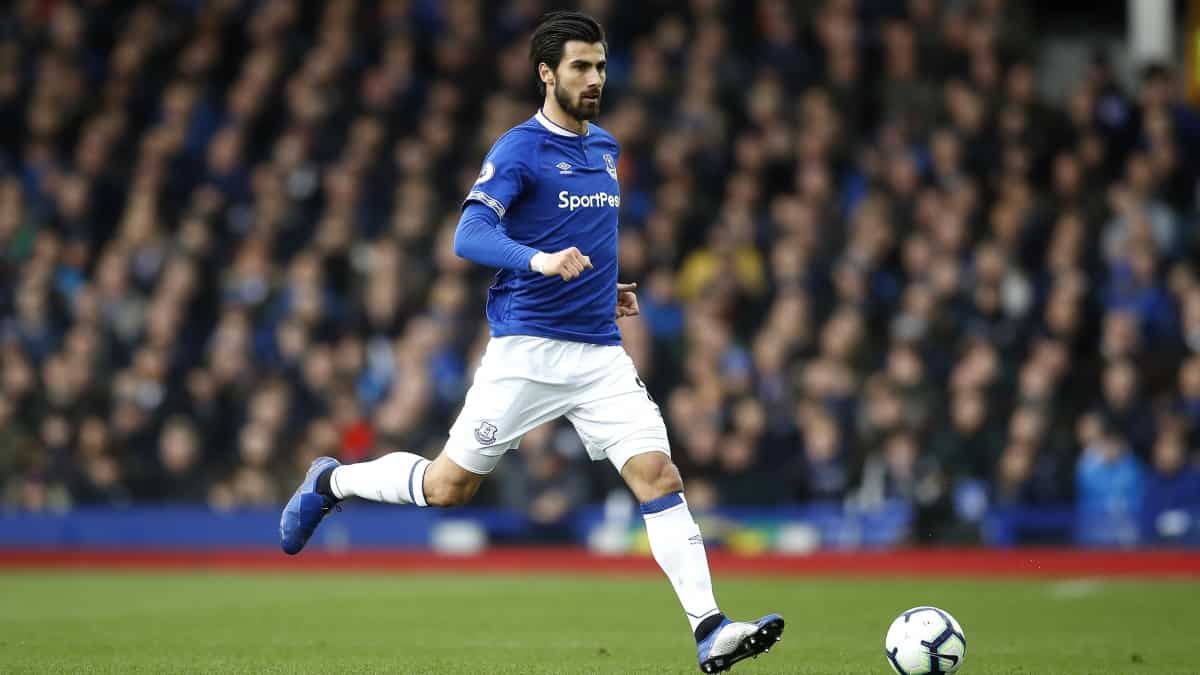 Midfielder Andre Gomes admits moving to Everton freed him from the pressure of playing for Barcelona and he hopes he can now flourish having signed a permanent deal.

The 25-year-old spent last season on loan at Goodison Park after making 72 appearances in two years at the Nou Camp, half of which were as a substitute, following a £30million move from Valencia.

While he relished the time playing alongside the likes of Lionel Messi and Andres Iniesta, he accepts the burden of playing for the best club side in the world at that time weighed heavily on him.

“It was a really good experience, with ups and downs like every job,” said the Portugal international, a Euro 2016 winner.

“I spent two years there. I improved a lot and I know the game much better than before so I would say (there were) a lot of positive things, the bad things I just try to improve on.

“I think the kind of pressure I put on myself, I couldn’t take out that pressure from me so I wanted more and more and probably I went further the wrong way trying to be better for myself.

“But the opportunity at Everton was really good, a new start. People gave me the confidence to come here and enjoy my life and that was what I was trying to do.

“It was love at first sight. I really appreciate what they (the fans) did for me. I came injured so it wasn’t easy but from the first time, they were with me.

“Obviously Barcelona was really important for me in other ways; I played with the best players in the world – Iniesta, Messi, Sergio Busquets, so I was really glad to have been at Barcelona.”

Gomes completed a permanent transfer, in the region of £22million, last month and the midfielder is looking to continue the progress he made during his maiden season in English football.

He did not make his debut until mid-October because of a hamstring problem but when he did he was arguably the club’s best player up to the turn of the year, finishing the campaign with one goal in 29 appearances.

“I didn’t start the first games because I was injured, 10 or 12 weeks out, and it was hard in the beginning,” he added.

“I started to feel better with myself and with my team-mates because everything was new for me.

“At the end it was really good, I felt really comfortable. I think it was a really good season.

“The most important thing is to help the team. I want to achieve that first.”

The Portugal international admits that is their first target when the new campaign kicks off.

“We want to reach Europe, that is the main goal for the club,” he said.

“We are working hard for that. We had good moments and bad moments last season but finished really well so it is a good way to start the next one (season).

“The manager and Marcel (Brands, director of football) have spoken about it and we want to play in European competitions.

“I think we can reach European qualification so we are working on that.”