by Ben Gelblum
in Football, Media 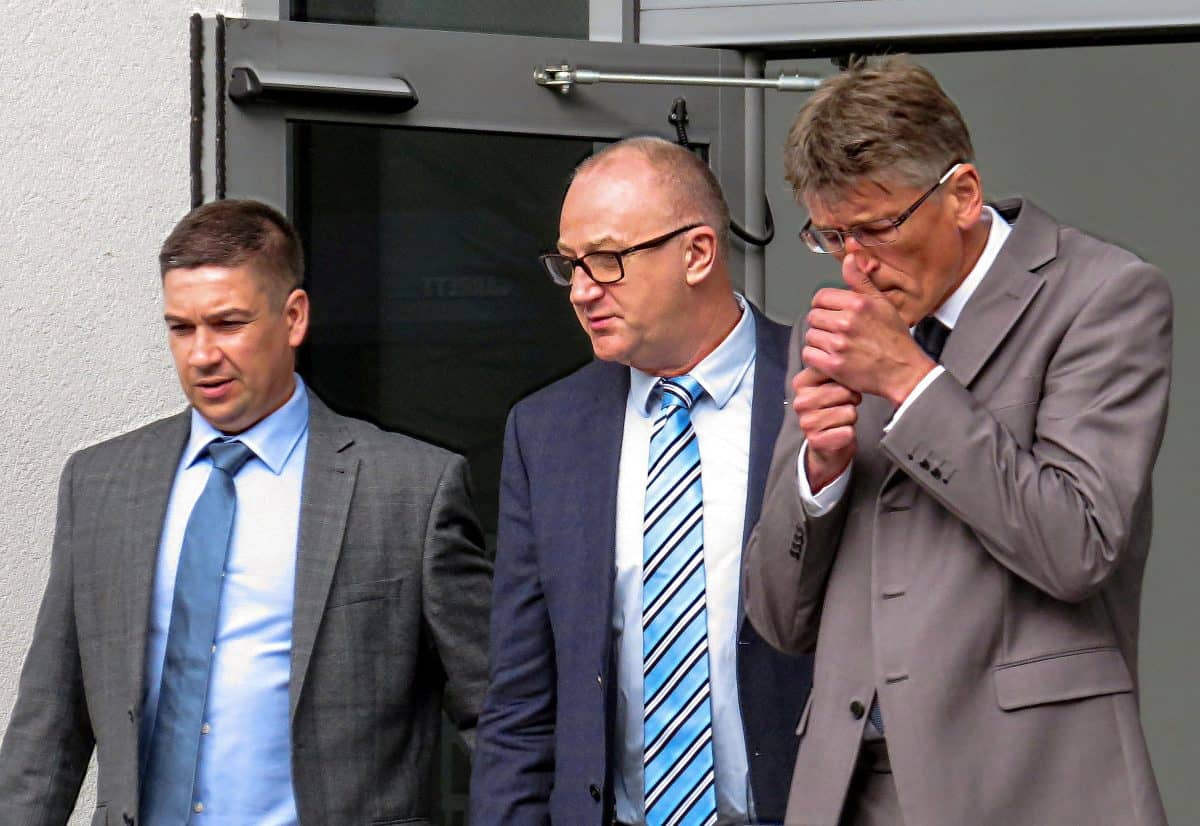 Three businessmen who flogged illegal set-top boxes to pubs so they could screen Premier League football on TV have been jailed for a total of almost 17 years.

Steven King, 50, Paul Rolston, 53, and Daniel Malone, 41, supplied boozers with dodgy systems which allowed them to show live games at a cut price.

A court heard how broadcasters such as Sky TV lost more than £10 million pounds in revenue as a result of the trio’s scam.

The conmen supplied set-top boxes which were capable of receiving both satellite and internet signals to pubs across the country.

It meant that the landlords could screen Premiership games and other sporting events without making the appropriate payments to official broadcasters.

King, Rolston and Malone all denied conspiring to defraud broadcasters and the FA Premier League.

But they were found unanimously guilty by a jury sitting at Warwick Crown Court following a four week trial.

On Wednesday (20/3) King, of Stoke, Coventry, was jailed for seven years and four months.

He had “playing the leading role” through his companies called Digital Switch and then Dreambox TV Ltd.

Malone, of Potters Green, Coventry, who was described as “a cog in the machine”, was sentenced to three years and three months behind bars.

Sentencing, Judge Peter Cooke said: “I don’t accept that ambiguity surrounding copyright law was anything other than a fig leaf for an operation which was widely understood to be illegal.

“It deprived the generators of the broadcasts of their income stream, and that must have been apparent from the outset.

“Publicans who were happy to put £4,000 of additional money through the till on a Saturday afternoon baulked at paying Sky for the service that was bringing customers in, seeking to steal a march on the pubs down the road that were not acting dishonestly.

“You were the middle men. But when you lend your weight to a conspiracy to defraud which does multi-million pounds worth of harm, then the upper reaches of the guidelines must engage.

“You Steve King set up this business in Coventry. You saw an avenue you sought dishonestly to exploit, and it was not long before you recruited Mr Rolston.

“You ran a thoroughly dishonest business for a decade, causing a loss to broadcasters and copyright holders running into many millions of pounds.

“I bear in mind the business was not wholly illicit – but the lion’s share of it was.”

Judge Cooke told Rolston: “I accept you were taken into a pre-existing business.

“But you were very much Mr King’s right-hand man. You were pretty pivotal to the way this business operated in a thoroughly corrupt enterprise.”

The jury heard between May 2008 and May last year they had defrauded Sky and other pay-TV broadcasters by supplying the illicit devices to pubs.

Prosecutor David Groome said the fraud operated in three ways – by domestic cards being provided for use in a commercial setting, through ‘card sharing,’ and by internet streaming.

To ensure that only those who have paid for the service are able to watch them, broadcasts are encrypted, and a set-top box and viewing card are needed to unscramble the signals.

Sky provides both the box and the cards, while other broadcasters supply just the card, leaving the customer to obtain their own set-top box.

During the period covered by the fraud domestic Sky customers paid a subscription of £47.50 – but the Sky Ultimate service for businesses was based on the pub’s rateable value.

And for Dreambox’s pub and hotel clients, that would have been an average of £800 a month if they had not been receiving the broadcasts illegally.

Judge Cooke said the Premier League “rakes in vast sums from the broadcasters, as a result of a market fed by a desire by people to watch what is called the beautiful game.”

Premier League rights are worth a staggering £8 billion a year worldwide.

Only games from broadcasters licensed to broadcast them in the UK can be screened in this country, with rights in other parts of the world being restricted to those areas.

But the defendants supplied pub landlords with boxes which could receive broadcasts from foreign broadcasters.

They also provided pubs with domestic cards rather than the far more expensive Sky Ultimate service.

Simon Phillips, defending King, said: “It is clear that he was the leading man in this organisation. He set it up. He accepts he’s been the key figure.

“Of course, looking at the figures, we concede the loss to pay-TV must be in excess of £10 million, but we invite Your Honour to have regard to his individual benefit.

“Sourcing illicit pay-TV was not the only aspect of this business, it was also providing legitimate systems.”