Nobody bats an eyelid any more when various aquarium and zoo animals develop psychic abilities enabling them to predict World Cup scores. This year The Three Lions Pub in Bristol even has a regular dressed as an octopus predicting scores. But as it’s 2018, things have got a lot more sophisticated. A German team of […] 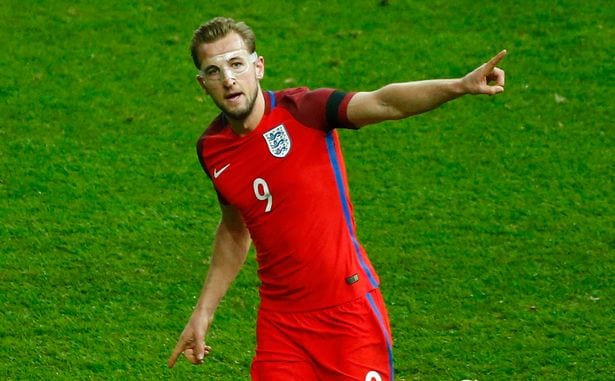 Nobody bats an eyelid any more when various aquarium and zoo animals develop psychic abilities enabling them to predict World Cup scores.

This year The Three Lions Pub in Bristol even has a regular dressed as an octopus predicting scores.

But as it’s 2018, things have got a lot more sophisticated.

But with Germany bowing out at the group stage of the World Cup for the first time since 1938, they clearly should have tried harder.

But, as the groups stages went on, and more data was inputted, the likeliest scenario to emerge was one that will cheer England fans no end.

“For England fans who might find themselves daring to dream, our updated model predictions might constitute a beacon of hope,” Goldman Sachs analyst Jan Hatzius wrote in a prediction update.

“We continue to predict that Belgium will top Group G, ahead of England, using the unrounded goal difference as the tie-breaker on points. After a projected victory over Colombia in the Round of 16, we now expect England to meet Mexico in the quarter-finals, rather than meeting Germany.

“This tips the outcome in England’s favour, as they are projected to defeat Mexico, before overcoming Spain—just—in the semi-finals. In turn, this would set up a Brazil—England final on 15 July (though those hoping for an England victory should look away now).”

Brazil, the most successful national team in the history of the World Cup, having won five titles, are tipped by the Goldman Sachs researchers to ultimately triumph over England.

On the other hand, the Technical University of Dortmund in Germany had used machine learning and statistical analysis which had given Spain the statistical lead, with Germany likeliest to beat them if they went head to head.

However after South Korea beat the side that has won the World Cup four times, the shock result left England outperforming Germany for the first time since 1966.

But before you get too excited about England’s progress, Goldman Sachs team warn that even though their model makes a Brazil-England final the likeliest combination, statistically France are favourites too:

“As the tournament heats up, the winning margins are becoming wafer thin, especially for England. This is reflected in the winning probabilities, which capture a sense of how easy the path to the final will be for each country.

“On this score, France still commands the greatest chance of winning, given that we expect more decisive results in the knockout stages… The four most probable winners are (in descending order) France, Brazil, Belgium and England.”

England are one of only eight countries ever to win the World Cup, which they did in 1966 when they hosted the finals and defeated West Germany 4–2 in extra time.

Since then, they have generally reached the knockout stages in nearly every tournament that they have qualified for, including a fourth-place finish in the 1990 World Cup.

Brazil have won five times, and they are the only team to have played in every tournament. The other World Cup winners are Germany and Italy, with four titles each; Argentina and inaugural winner Uruguay, with two titles each; and England, France, and Spain, with one title each.